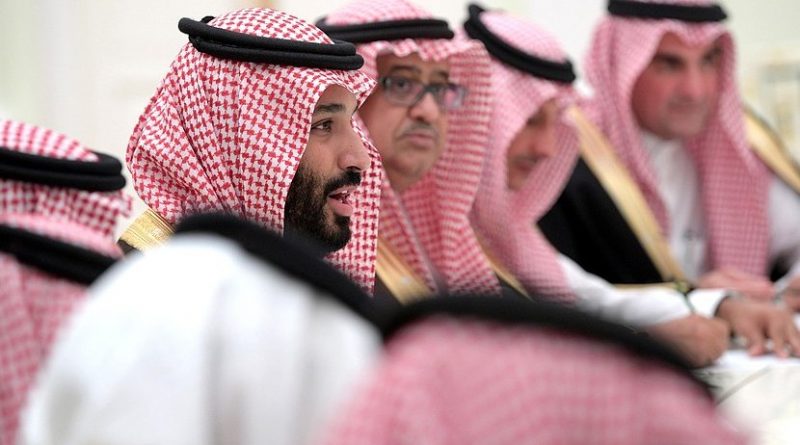 Continued, albeit slower-paced US and Turkish leaks potentially provide insight into far more than the circumstances of the October killing of Saudi journalist and Washington Post columnist Jamal Khashoggi. They focus attention on crown prince Mohammed bin Salman’s strategic thinking as well as his tightened control of the kingdom’s media.

In the latest disclosure, The New York Times, quoting anonymous US intelligence sources, reported that Prince Mohammed had threatened a year before the killing in the Saudi consulate in Istanbul to take out Mr. Khashoggi with “a bullet” if he refused to return to the kingdom or continued to publicly criticise Saudi policies.

While significant in and of itself, equally interesting is the fact that the crown prince was speaking at the time to Turki Aldakhil, a prominent Saudi columnist and former general manager of the of Al Arabiya television nework.

Prince Mohammed is believed to have obtained a controlling share in satellite broadcaster Middle East Broadcasting Center, Al Arabiya’s mother company, when he detained scores of members of the kingdom’s ruling family, senior current and former officials and prominent businessmen in November 2017 in what amounted to a power and asset grab.

The Walll Street Journal reported that Prince Mohammed had in August of last year invited Vice Media Executive Chairman Shane Smith to his yacht moored off the Red Sea coast to discuss cooperation.  Vice had already been contracted to produce videos about Prince Mohammed’s social and economic reforms.

In a blog post, Mr. Bezos alleged National Enquirer publisher American Media Inc. had tried to blackmail him and potentially colluded with Saudi Arabia to damage his reputation. The National Enquirer last year published a front-page cover of Prince Mohammed and nearly 100 pages dedicated to his kingdom’s reform efforts.

In what was seen at the time as a reflection of his master’s voice, Mr. Aldakhil detailed two weeks after Mr. Khashoggi’s killing a laundry list of potential Saudi responses if the the United States were to sanction the kingdom and/or the crown prince for the murder.

The list included allowing oil prices to rise up to US$200 per barrel, which according to Mr. Aldhakhil, would lead to “the death” of the US economy, pricing Saudi oil in Chinese yuan instead of dollars, an end to intelligence sharing, and a military alliance with Russia that would involve a Russian military base in the kingdom.

It remained unclear whether Mr. Aldhakhil was reflecting serious discussions among secretive Saudi leaders or whether his article was intended either as a scare tactic and/or a trial balloon. Mr. Aldakhil’s claim that a Saudi response to Western sanctions could entail a reconciliation with the kingdom’s arch enemy, Iran, seemed to make his assertion more of a geopolitical and economic bluff.

Similarly, Mr. Aldakhil’s suggestion that Saudi Arabia still maintained the ability to singlehandedly manipulate world oil prices was called into question in December when the kingdom needed an agreement with non-OPEC member Russia on production levels as well as Russian assistance in managing Iranian resistance to achieve an understanding within the oil cartel.

Mr. Aldakhil’s column did, however, highlight the fact that uncertainty about US President Donald J. Trump’s reliability as an ally and mounting anti-Saudi sentiment in the US Congress has prompted Prince Mohammed to hedge his bets by forging closer ties to Russia despite Russia’s alliance with Iran and Syrian president Bashar al-Assad.

Prince Mohammed has been in Moscow several times since first travelling there in March 2017 with his father, King Salman, the first Saudi monarch to visit Russia. Oil and weapons topped the agenda of Prince Mohammed, who doubles up as Saudi Arabia’s defense minister and oil czar.

Saudi Arabia is in advanced discussions for the purchase of Russia’s S-400 anti-aircraft defense missile system and is entertaining a Russian bid to build 16 nuclear reactors worth US$80 billion with far less restrictions on enrichment of uranium and reprocessing of spent fuel than the United States would likely impose.

Gulf analyst Theodore Karasik argues that Russia has been creating a ‘north-south’ economic corridor built on a web of commercial deals, monetray arrangements and soft power instruments such as business councils focused on the Gulf in general and Saudi Arabia in particular.

Saudi Arabia has pledged to invest up to US$10 billion in Russia’s economy, with Saudi companies interested in investing in Russian infrastructure, agriculture, hi-tech, energy and mining sectors, including US$5 billion in a liquefied natural gas project in the Russian Arctic.

Prince Mohammed would like the Trump administration to believe that Russia’s strategy could work.

“Now we know who our best friends are, and who our best enemies are,” the crown prince told Russian, Chinese, Japanese and French businessmen on the sidelines of an investment conference in Riyadh last October that was attended by a 40-man Russian delegation and boycotted by numerous Western CEOs and officials because of the Khashoggi killing.

COVID-19 adversely impacts all human activities. While the Central, State, Municipal/Panchayat authorities are sparing no effort to vanquish the virus,

Don’t Vote For A Psychopath – OpEd