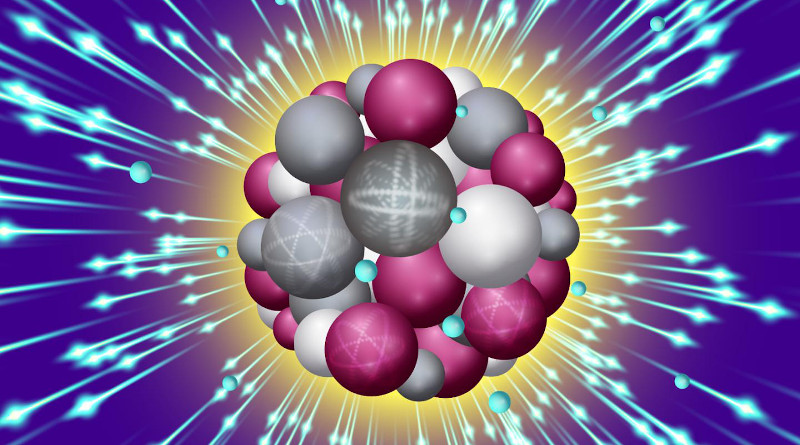 Scientists have long pursued the ability to see the structure of a single, free-form molecule at atomic resolution, what many call the ?”holy grail” of imaging. One potential method involves aiming extremely short, highly intense X-ray free-electron laser (XFEL) pulses at a sample material. But this ultrafast imaging technique also destroys its target, so time is of the essence.

Researchers at the U.S. Department of Energy’s (DOE) Argonne National Laboratory are advancing the effort with a combination of experiments and computer simulations, looking to understand how XFEL pulses interact with their targets. Recently, a team led by Argonne’s Atomic Molecular Optical Physics group in the Chemical Sciences and Engineering division pinpointed an important and often ignored parameter that can influence experiment outcomes: time. Their paper,”The role of transient resonances for ultra-fast imaging of single sucrose nanoclusters,” was recently published in the journal Nature Communications.

The ability to examine 3D structures at the atomic scale helps us better understand viruses, for example, and deliver medicine to the body more effectively. Today, this kind of analysis requires putting the material to be studied in crystalline form. Biological particles are fixed in this non-native form so that when an X-ray hits them, the beam scatters, creating a diffraction pattern that can be used to understand the molecular structure.

But many types of biological systems don’t crystallize very well, and the crystals might be too small to generate a good diffraction pattern. Or crystallization might change the structure, preventing the ability to observe a particle in its natural state. To create a scatter pattern without crystallizing the material requires a superintense beam like an XFEL, flashed in mind-bogglingly fast bursts.

“For this type of experiment, you need very intense pulses, which can destroy the sample very quickly,” said Phay Ho, an Argonne physicist who co-authored the paper. “With this approach, you need to use very short pulses so you can collect all the scattering signals before the sample is destroyed.”

This race against time is measured in femtoseconds, one of which equals a millionth of a billionth of a second. To study how different parameters can affect an XFEL experiment’s outcome, the cross-disciplinary team of researchers studied single nanoclusters of sucrose using the Linac Coherent Light Source (LCLS), an XFEL at Stanford University’s SLAC National Accelerator Laboratory.

“The crystals that you observe at a storage-ring based light source such as Argonne’s Advanced Photon Source (APS), as opposed to an XFEL, are typically 10 microns or so in size,” said Linda Young, an Argonne Distinguished Fellow and paper co-author. “The structures we are looking at in this study are at least 200 times smaller — nanometers in size.”

The researchers then compared the experimental data with calculations run on the supercomputer Mira at the Argonne Leadership Computing Facility (ALCF). This involved a large ensemble of molecular simulations that tracked 42 million particles interacting with an XFEL pulse — a job for a supercomputer.

“When you have a machine like Mira, you can run a large number of simulations, you can do them all at the same time, and you can run them over the timescales that we needed for this particular study,” said Christopher Knight, a computational scientist with the ALCF and Argonne’s Computational Science division, and a co-author of the paper.

The study found that when it comes to XFEL pulses on sucrose, shorter is better. Scientists looking to amp up the imaging results might use a pulse length of 200 femtoseconds. But it turns out 200 millionths of a billionth of a second might be too leisurely.

The computer modeling will help the researchers optimize future experiments, zeroing in on parameters that will produce the best results.

“It’s not easy to get the beam time to do these experiments,” Ho said. “This data will be very useful in figuring out the optimal pulse conditions to try next.”

The ALCF, the APS and the LCLS are DOE Office of Science User Facilities.