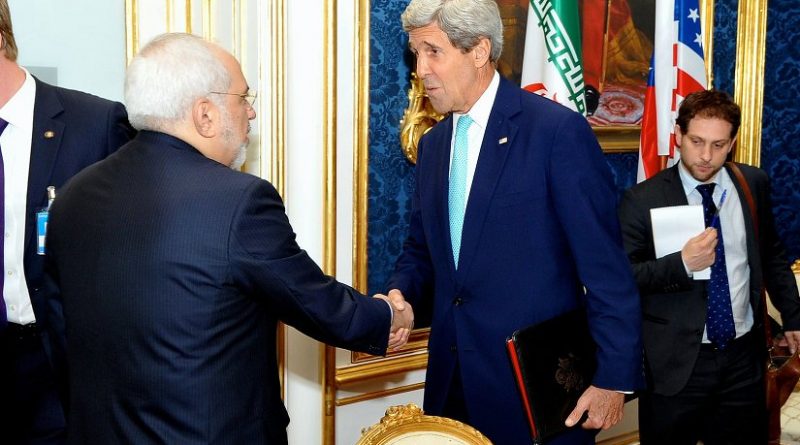 A rapid review of how Iran has been treated by three past and present US administrations, that is, under former presidents, George W. Bush and Barack Obama, and also under the incumbent President Donald Trump, will clearly prove that Iran has always been a complicated actor in US foreign policy by playing an enigmatic game in the Middle East region. The most important question in this regard is what is the reason behind this ambiguity and enigma that surrounds Iran’s regional role? Which aspect of Iran’s foreign behavior has created this degree of ambiguity in the mind of American decision-makers and analysts? At the first glance, one may claim that this ambiguity and enigma emanates from absence of a successful effort to understand the nature of Iran’s foreign policy. Two basic principles in understanding Iran’s foreign policy logic include: A) recognition of the country’s position in the region and international system; and B) showing equal respect in political interactions.

To the contrary of the aforesaid hypothesis, some analysts maintain that the main factor, which sets direction of the United States foreign policy in the face of Iran, is merely the plurality of tactics prescribed and opinions held by various political elites at the White House. In other words, this group of analysts maintains that this direction is set by the policies that neoconservatives and democrats adopt in reaction to international and regional developments. However, continuation of this ambiguity shows that although the United States has almost come up with a clear strategic approach in the face of regional countries (including Iraq, Pakistan, Syria, Saudi Arabia and so forth), Iran has been constantly considered as an enigma in the country’s foreign policy under all the aforesaid three administrations.

The foreign policy elites and strategists working for former president, George Bush Jr., tried through a realistic-romantic approach to impose international isolation on Iran by labeling it as a party to the so-called “Axis of Evil.” However, the same elites reached out to Iran for help after they were taken by a strange surprise due to developments in West Asia, especially in Iraq. Because of its realistic approach to regional issues and the priority that it gives to stabilizing West Asia, Tehran accepted Washington’s request for help. In line with this policy, Iran decided to work with the United States on a limited number of cases in Iraq and Afghanistan.

On the other hand, elites and strategists working for former US president, Barack Obama, at first took a realistic-idealistic approach through which they identified Iran as a problem. However, in addition to recognition of this problem, they owned up to cultural, and military position of Iran and, in short, admitted to the Islamic Republic’s position as a hegemonic power on regional and international levels. At that juncture, there were concerns about closeness between China and Iran in view of two economic (energy supply) and political (third way and look to the east) variables that existed at that time. They were concerned that when faced with the West’s pressure, China and Iran would form a tripartite alliance, which would include Russia as well.

At that juncture, Obama administration finally reached the conclusion that Iran should not be left alone with China and Russia. They concluded that if possible, Iran must be added to the list of the United States’ allies through a win-win strategy. This seemed especially true because further closeness between Iran and China would have made US calculations with regard to offshore balancing in the Persian Gulf and East Asia more complicated. This realism and understanding of Iran’s power and regional position was such that some advisors to Obama administration, including Stephen Walt, believed that the main and necessary ally of the United States in West Asia, especially under conditions when a new development was unraveling there on a daily basis, was not Egypt, Turkey, or Saudi Arabia, but was Iran. Of course, they admitted that achieving such an alliance with Iran would be very difficult given the history of 35 years of severed relations and discontinued cooperation between the two countries.

The most important variables that cause confusion within Trump administration with regard to Iran include: 1. Iran’s undeniable role and position in the region as an influential power; 2. the role played by Saudi and Israeli lobbies in their effort to make Iran look like an immediate and serious threat.

These two variables will be explained as follows:

– Iran has always declared stability in West Asia as the most important goal of its foreign policy. Iran has never started any conflict and war in the region and has used its independent military capabilities in defense. The effort made by Iran to stabilize its security environment cannot be considered illegitimate in view of the norms of international law. By accepting the reality of this position in the region and also through understanding the main motif in Iran’s foreign policy, which is based on mutual respect for neighboring states and other countries, the United States will be in a better position to follow up on its declared policies with regard to Iran.

– Trump’s problem in the face of Iran is that countries like Saudi Arabia and the Zionist regime are concerned about their long-term security and military dependence on the United States after Trump declared its policy to give priority to problems inside his country. As a result, such countries are trying to project an image of Iran, which would make the United States accept responsibility for protecting them from security and military viewpoints. These countries are reflecting the reality of Iran, which is an independent country in political, security and military terms, as a serious threat in the region. This reflection will help them implement their “free riding policy” in military and security fields.

In conclusion, the United States must first bear in mind Iran’s diplomatic logic in its relations with the international system, which was most successfully reflected in achievement of the country’s nuclear deal with the P5+1 group of countries, known as the Joint Comprehensive Plan of Action (JCPOA). Afterwards, Washington must note that any measure based on the current romantic understanding of the nature of Iran’s foreign policy can turn into an exact example of the recommendation by America’s senior strategists and advisors, who believe that such an approach would “merely add a mistake to a raft of the United States’ mistakes in West Asia.”

Home » The Puzzle Of Iran In US Foreign Policy – OpEd

The United Nations Economic and Social Commission for Asia and the Pacific (ESCAP), in collaboration with Indonesia’s National Energy Council,