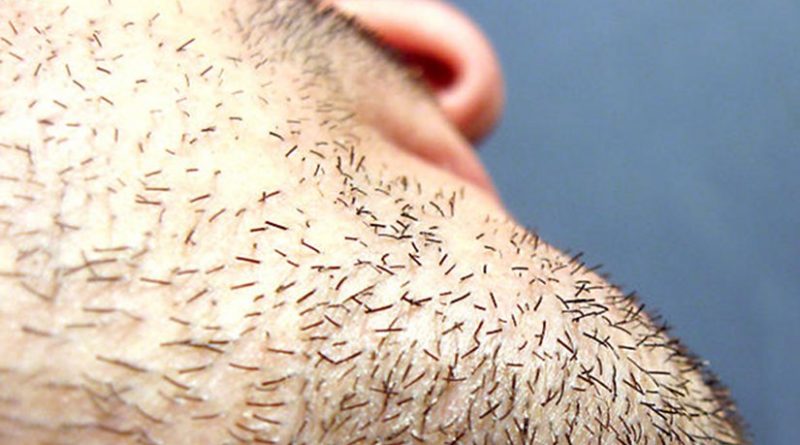 The Muslim world’s battle over the legitimacy of political Islam has expanded to the soccer pitch as proponents and opponents of interpreting the faith politically seek to impose their public morals with men’s hairstyles and facial hair taking centre stage.

At the core of the battle are fans and players, a reflection of society as a whole, who seek to exercise their right to choose their preferred styles often in opposition to efforts by autocrats to impose their will depending on their attitude towards public morals and political Islam. The crackdown on hairstyles is part of a larger battle to control public morals by autocrats who either seek to ban religious expression from public life or impose pious behaviour.

Soccer fans sporting beards in the Central Asian nation of Uzbekistan, a country that see beards as potential expressions of empathy with political or militant Islam, were recently barred entry into a stadium. The move was widely seen as signalling another crackdown on anything the government associates with political strands of Islam.

Uzbekistan’s long-standing president, Islam Karimov, a Soviet era Communist Party official, who has ruled Uzbekistan with an iron fist since its independence in 1991, views political Islam as a serious threat to his regime.

Plainclothes policemen forced bearded fans standing in line to enter a stadium for a friendly match in late May between FK Bukhara and FK Navbahor Namangang to leave the cue and return once they had shaved off their beards.

“There were thousands of people lining up to enter the stadium when a man in civilian clothes approached me and said ‘Go and remove your beard and then you can enter,'” one fan told Radio Free Europe/Radio Liberty’s (RFE/RL) Uzbek language service.

The fan said he dropped his rejection of the demand when the policeman was joined by four other men. “I had no choice but to run to a nearby barber shop,” he said.

RFE/RL reported bearded university students were also being barred from entering classrooms and that bearded men had been detained on streets and in bazaars and taken to police stations for questioning. Women wearing the hijab were being stopped for questioning in the capital Tashkent as well as the Fergana Valley in the east of the country, a hotbed of ethnic tensions and Islamist activism.

A FK Bukhara fan leader told RFE/RL that fans under 40 years of age were informally barred from wearing beards. “Young men with beards aren’t allowed to stadiums,” the fan club leader said. Rather than denouncing the ban, some fans complained that the ban had not been communicated. “They could have put a sign at the ticket office (saying) that bearded men aren’t allowed into stadiums,” one fan said.

If Uzbekistan seeks to control men’s facial hair in the government’s effort to crackdown on political Islam, Saudi Arabia, which sees its autocratic monarchical rule as the only legitimate form of Islamic government, has sought to stop young men from adopting hairdos involving shaved parts of one’s hair in a style popular among youths across the globe.

Al Shabab FC goalkeeper Waleed Abdullah became two years ago the first Saudi soccer player to be publicly humiliated when a referee delayed kick-off of a Saudi premier league match to cut the Al his hair because his hairdo was deemed un-Islamic and by implication subversive – a threat that needed to be dealt with immediately and demonstratively.

The Saudi Arabian Football Association said at the time that Mr. Abdullah’s hair-do violated a saying of the Prophet Mohammed that bans Al-Qaza, the shaving of one part of one’s hair while leaving others unshaven.

The public humiliation of Mr. Abdullah not only evoked the disgracing of players who failed to live up to autocratic expectations in Saddam Hussein’s Iraq and Moammar Qaddafi’s Libya but also resembled enforcement of strict dress codes by the Islamic State, the jihadist group from which Saudi Arabia seeks to differentiate itself.

Al Shabab was only allowed to play its match after fans, players and officials watched the referee use scissors to remove a small Mohawk at the front of Mr. Abdullah’s head.

The incident, which occurred prior to the ascendancy to the throne last year of King Salman and the extraordinary empowerment of his son, deputy crown prince Mohammed Bin Salman, raises questions of how Saudi rulers will balance adherence to precepts of public morals advocated by the country’s powerful, ultra-conservative Wahhabi scholars with their effort to restructure the kingdom’s economy and cater to aspirations of its youth.

Mr. Abdullah’s shaving sparked ridicule and anger among Saudi fans who noted that the kingdom had bigger fish to fry, including changes to its social contract as a result of financial austerity, budget deficits because of tumbling oil prices, a stalled war in Yemen, proxy wars with Iran in Syria and elsewhere, and uncertainty about its relationship with the United States, the Gulf’s main protector,

Prince Mohammed’s restructuring of the economy and sensitivity to youth aspiration involves a rewriting of the kingdom’s social contract that with the slashing of subsidies, raising of prices of utilities such as water and electricity, introduction of indirect taxes, and planned streamlining of a bloated bureaucracy. That in turn involves a rewriting of the social contract that promised cradle-to-grave welfare in exchange for surrender of political and social rights.

It wasn’t immediately clear how Prince Mohammed would square his efforts to cater to youth desires by developing a culture and entertainment industry in a country that has banned cinemas until now with a continued ban on men freely choosing how they wish to groom themselves. The new industry is part of Prince Mohammed’s Vision 2030 economic and social plans for the kingdom that were announced in April.

It also remained unclear to what degree the Salmans are willing to take on the Wahhabi scholars with whom they share power in an arrangement that goes back to the founding of the latest Saudi state in the early 20th century. The government recently curbed the power of the religious police but has so far been unwilling to challenge the Wahhabis on the lifting of a ban on women’s driving.

A South Asian leader of a political Islamic group cautioned that Saudi moves were wholly designed to ensure the survival of the ruling family. “In Islam, any head of state should have the trust of the common people. They don’t enjoy the confidence of the common people. They appoint their next emperor. This is not in accordance with Islam,” the Islamist leader said, pinpointing the risks involved in the inevitable restructuring of relations with the Wahhabis as the Al Sauds seek to take their autocracy into the 21st century.