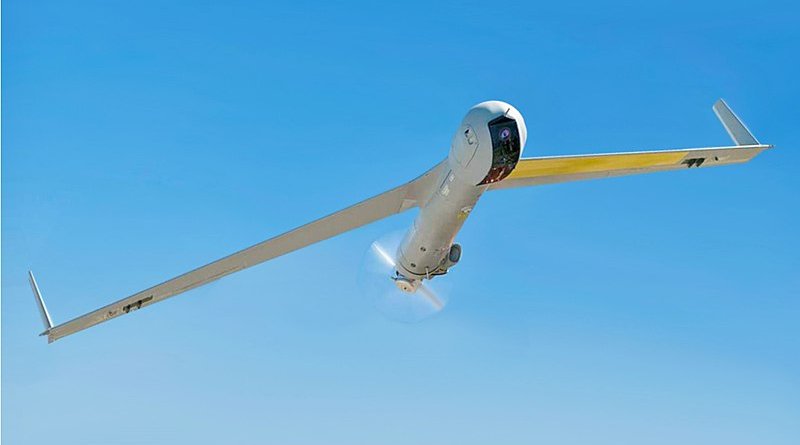 By Hadi Azmi and Imran Vittachi

Malaysia said Friday it would receive a U.S. $19.3 million package of American-made aerial drones through a Washington aid program, but underscored that it would collaborate with any country, including China, to improve its security and maritime intelligence-gathering capabilities.

Kuala Lumpur is to acquire 12 ScanEagle drones through the U.S. government’s Maritime Security Initiative (MSI), the Malaysian Ministry of Defense said in a statement.

“As a maritime nation, it is essential for Malaysia to have intelligence, surveillance and reconnaissance (ISR) capabilities to monitor its strategic waterways in the Strait of Malacca, South China Sea and Sulu Sea,” the ministry said.

“This program is fully funded by the United States and did not incur any cost to Malaysia,” it said, adding it expected to take delivery of the first six ScanEagles by mid-November.

The drones, to be built by Insitu, a subsidiary of the Boeing Co., are part of a package of 34 ScanEagles that the U.S. is supplying to Malaysia, the Philippines, Indonesia and Vietnam, according to contract information released by the Pentagon last week.

Production and delivery of all 34 drones is scheduled for completion by March 2022, the U.S. Defense Department (DoD) said.

On May 31, the Pentagon announced that it had awarded a contract to Insitu to build the drones for the four Southeast Asian countries. The total contract is worth $47.9 million, the DoD said via a contract announcement on its website.

“This order combines purchases for” the governments of Malaysia, the Philippines, Vietnam and Indonesia “under the Foreign Military Sales program,” the announcement said. Under the contract, the Philippines and Indonesia will each get eight ScanEagles, while Vietnam will be supplied with six.

The program “is a form of security assistance authorized by the Arms Export Control Act,” according to information from the U.S. Defense Security Cooperation Agency (DSCA).

According to the Malaysian defense ministry, the United States “through its Maritime Security Initiative (MSI), provided assistance in the form of assets and training to friendly nations including Malaysia to enhance the Maritime Domain Awareness (MDA) in the Southeast Asian region.”

The initiative, framed under the National Defense Authorization Act, aims to build up the capacity of American partner nations in the South China Sea region. The act specifically targets five countries – Indonesia, Malaysia, the Philippines, Thailand and Vietnam – for assistance and training paid for by American funding, according to information from the DSCA.

The ScanEagle drones will have a temporary role in helping to carry out surveillance of Malaysia’s waterways until the government procures two patrol aircraft and three unmanned aircraft through its 12th Malaysian plan, defense officials said.

The statement from Malaysia Ministry of Defense also appeared to be carefully worded to not create a perception that Malaysia was siding with the U.S. on the hot-button issue of the South China Sea, amid tensions between Beijing and Washington in the disputed maritime region.

Beijing claims most of the mineral-rich sea region, including areas that reach the shores of its smaller neighbors. China has been expanding and militarizing structures it built in the sea, despite earlier agreements to halt all construction activities. The Philippines, Brunei, Malaysia, Vietnam and Taiwan also have territorial claims in the strategic waterway.

“In line with Malaysia’s stance to not pick sides and to build friendly relations with everyone, Malaysia welcomes defense cooperation with all interested parties, including the U.S. and China, to ensure the safety and stability of the Southeast Asian region,” the Malaysian ministry’s statement concluded.