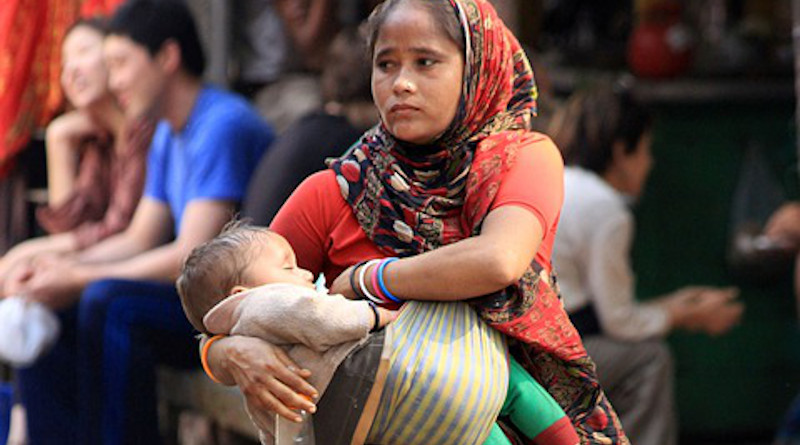 A man in Kerala is accused of the abduction, rape and murder of a 17 year old minor girl. The Kerala High Court granted him bail based on a false submission made by the counsel for the accused and the prosecution that the investigating officer had not filed the chargesheet within the statutory 90-day period. https://www.thenewsminute.com/article/kerala-hc-recalls-bail-granted-man-accused-rape-and-murder-pregnant-minor-126051

First and foremost, recognizing the seriousness of the crime that the accused is alleged to have committed, which is gruesome rape and murder of a minor girl, the judge ought to have cross-checked with the police whether they really failed to file a chargesheet within the given period, and if they did not, ought to have brought them to book for not doing so. The judge should not have given the bail without acquiring full knowledge of the facts of the matter.

No, that’s not what happens.

The judge grants the bail.

It is only when the media intervened and brought public attention to the “nexus” between the prosecution and the defense that the government came into the picture and there was a recall of the bail by the Court.

While revoking the bail order and ordering the arrest of the accused the Court did not initiate any disciplinary action against the public prosecutor, and in fact called it an “inadvertent mistake” and accepted the apology of the defense counsel with the following observation from the Judge: “when the case came up for consideration and when the learned Public Prosecutor submitted that charge (the chargesheet) is not submitted, the counsel relied on the statement of the Public Prosecutor. It is a fact that the counsel…is a young budding lawyer who started practice only three years back. I don’t want to trouble him in this case by making any further observation. I accept his apology.”

In any civilized country on this planet, and I want to emphasize the word “civilized” to refer to countries where there is a semblance of rule of law in practice, the public prosecutor should have been terminated from his job and his license cancelled and the defense counsel should have faced criminal charges. This is in addition to the judge himself going on leave taking full responsibility for giving a bail order without doing enough cross-checking of facts.

Kerala is supposed to be a state in India which is seen as a “model” when it comes to combating the covid-19; what about the virus of misogyny which is a thousand times more dangerous than the pandemic. The pandemic kills for some time and leaves; misogyny is there deep within the culture hiding like a spitting cobra and choosing to strike at will and pleasure.

Kerala can rightly be proud of having the best sex-ratio in India; but nothing beyond that. When it comes to women the Kerala model is more like Bihar or Uttar Pradesh model or at least not far behind.  Though Kerala is a communally harmonious state to a great extent one thing that the men cutting across religious differences have agreed upon is to keep women in their place, which is at the bottom of the heap. The status of women in India’s most educated state is disquieting to say the least. According to one report dated December 9, 2019, “Only about 15 percent cases (related to crimes against women) are completing trial in a year in the country (India). In Kerala this is only less than 5 percent.” https://english.mathrubhumi.com/news/kerala/1537-rape-cases-registered-within-8-months-in-kerala-kochi-leads-1.4348353

Calling misogyny “a political phenomenon,” Cornell professor and philosopher, Kate Manne in her book Down Girl: The Logic of Misogyny says that, “misogyny ought to be understood as the system that operates within a patriarchal social order to police and enforce women’s subordination and to uphold male dominance.” Manne, further makes a distinction between misogyny and sexism; while misogyny is the ““law enforcement” branch of a patriarchal order” doing the policing and the enforcing, sexism is “the “justificatory” branch of a patriarchal order” that rationalizes and justifies “patriarchal social relations.” The underlying logic of misogyny explains why convictions are difficult to obtain when it comes to crimes against women in the Indian context. Often, victims, unless the crimes are of a serious nature, don’t bother approaching a court because they know that nothing would come out of it.

Given this degrading condition of women especially if they come from a vulnerable section of the population, which means that they don’t possess the security that comes from class or status, I don’t think Kerala is anywhere close to being a model for anything that looks like a progressive society. The sexual crimes against women are symptomatic of a malaise that is deeper and darker than can possibly be imagined. It is about how men expect women to be of service to them without bare acknowledgment. As Manne says:

“women positioned in relations of asymmetrical moral support with men have historically been required to show him moral respect, approval, admiration, deference, and gratitude, as well as moral attention, sympathy, and concern. When she breaks character, and tries to level moral criticisms or accusations in his direction, she is withholding from him the good will he may be accustomed to receiving from her. He may even be in some sense reliant on her good will to maintain his tenuous sense of self or self-worth. Her resentment or blame may then feel like a betrayal, a reversal of the proper moral relations between them, and this may make him seek payback, revenge, retribution.”

Watch any Indian movie. Talk to any Indian male on any street in any part of the country. Forget about the urban-rural, communal, language, caste, class and other divides for the moment. The misogyny shows in the sense of entitlement a man feels when it comes to the woman. The rape accused stalked the minor girl and harassed her to no end before he decided to rape and murder her. If the prosecutor and the counsel felt that the rape accused deserved to get bail and they are willing to lie for him, it is only because they are a part of the system rooted in misogyny and sexism.

Education means nothing unless as a state Kerala is willing is deal with that malaise of gender inequality which is the other side of class inequality. Feudalism can coexist with capitalism as is amply demonstrated by Indian “democracy” which is more like “all animals being equal” while “some animals are more equal than others.” The first part about all animals being equal in principle is what we get to hear day in and day out being parroted by the media, politicians and in school textbooks. The second part is the glaring Indian reality that burns the eye of conscience where the poor are seen as less than animals and most of the justification for the inequality comes from films, politics and organized religion.

For a state that produces more activists than any other state in India, one that genuinely believes that it is a progressive society and is obsessed with the word “dissent” and the phrase “free speech,” it is hard to believe how none of this applies to women. Why doesn’t education mean simply leaving women alone to deal with their lives! Why is that women have to be crushed and repressed while each of three main religions that dominate Kerala’s cultural landscape continue to perpetuate the most reactionary kind of social philosophy that ensures that women end up being wherever they are, while the men can still talk politics and pretend that everything is hunky-dory.

I don’t think the prosecutor or the counsel would have submitted the bail application, let alone lie to the court, if the victim would have been one of their family members. The judge would have thought a million times whether to grant bail or not if his daughter was in the place of the victim. In fact he would have inflicted the most serious punishment possible on the prosecutor and the counsel for lying to the court and not justify the unjustifiable. Since the victim doesn’t belong to any of their families the Court could afford to talk about inadvertent mistakes and accepting apologies from budding lawyers who later become experienced lawyers doing exactly the same thing. The cost of the “inadvertent mistake” made by the prosecutors and the apologies given by “budding lawyers” is paid for by the women. Not the men, which includes the judge as well.

People need to change and grow up and not lie to themselves about who they are. A truly progressive society is one which allows women to be themselves. Such societies don’t have to be worried about the false dichotomy of tradition versus modernity. I have known women who dress in “modern” clothes and are socially and politically backward looking; I have also known covered women who seem conservative on the surface but with an extremely open mind and accommodating nature. The word tradition is as meaningless as the word modern. People just have to do what is good for them and respect the privacy of others. I don’t see what is so complicated about that.