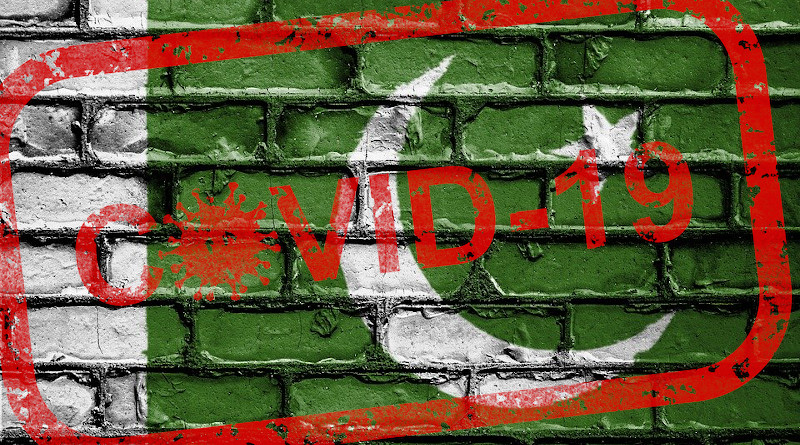 The natural geography of Central Asia has always been a strong resistive force against foreign invasions. Similarly, as the world is draining its resources to fight against the coronavirus pandemic, the geographical distance of the region has bought some extra time to the Central Asian countries to prioritize the safety of their citizens and introduce strict measures since the first reported case of coronavirus.

While the world was reporting its first COVID-19 cases in late January and early February, Central Asia reported its first case in mid-March. Kazakhstan was the first country to report its first case of COVID-19 on March 13, with Uzbekistan and Kyrgyzstan reported their first cases on March 15 and 18, respectively. Soon after other Central Asian countries reported their first cases. Kazakhstan, and Kyrgyzstan responded by declaring a state of emergency and Uzbekistan imposed strict measures by quarantining the affected communities. In this regard, the quick response of the Central Asian leaders deserves special mention for protecting their populations.

So far monitoring, testing, and isolating have been the most effective way to control the spread of coronavirus. Having weak healthcare systems and a lack of resources, most of the Central Asia countries have prioritized their efforts in the monitoring of individuals and communities showing symptoms of COVID-19. In this regard, the interior ministry of Kyrgyzstan since May has banned the movement of private vehicles and deployed police to enforce the measure. A similar ban was implemented in the neighboring country of Uzbekistan. Moreover, Uzbekistan has extended the suspension of all international and domestic flights until June 30.

Similarly, Kyrgyzstan suspended its international flights on March 17. According to Health Minister Nurbolot Usenbayev, on June 3 Kyrgyzstan had confirmed 26 new cases, and 15 of them were imported to the country.

On the contrary, Pakistan resumed its domestic and international flight operations on May 31.

Furthermore, Central Asian countries also canceled the celebration of Nowruz in late March. Holidays are a big deal in Kazakhstan, but President Kassym Jomart Tokayev canceled it, as a sign of a proactive decision and efficient response. According to the latest updates, no country in the region has reported more than 4,000 confirmed cases exceptt Kazakhstan, which has recorded 11,796 cases and 44 unfortunate deaths.

The isolation of Turkmenistan and Tajikistan has proved to be a blessing in disguise as very few foreigners visit the country. According to the latest updates, Tajikistan has 4,191 confirmed cases of coronavirus with 48 reported deaths, and Turkmenistan has yet to confirm its first case.

Early lessons and the experience of the Central Asian states, which were among the earlier recipients of COVID-19, clearly shows that containment measures such as imposing social distancing, banning religious ceremonies, shutting non-essential businesses and the closing of schools all worked to flatten the curve.

The Central Asian countries have a valid reason for their immediate and stringent measures taken amid the COVID-19 pandemic, and that reason is the state of their health systems. The health systems in almost all of Central Asia are outdated, face a deficiency of modern medical equipment, a lack of qualified medical staff, and low public spending for them to be funded.

Realizing the fragility of their health care system, such precautions and nationwide measures were imperative and eminent. Central Asian nations knew that if leniency was shown against COVID-19, the hospitals would soon be overwhelmed, which would further burden their fragile national economies. The strict border monitoring, banning religious gatherings and private transport, closing of schools, and allowing only essential businesses bought some time to further invest in their health care systems.

On the contrary, Pakistan, a neighboring country to Central Asia has recorded 107,608 confirmed cases and 2,172 deaths, which is more than China.

Differing from its Central Asian neighbors, the people in Pakistan celebrated religious gatherings, such as Yum-e-Ali and Eid-ul-Fitar. On the one hand, Pakistan’s administrative authorities have failed to implement the principles of social distancing and mass gatherings, and on the other, the public did not respect preventive measures — such as wearing masks and avoiding crowded places.

There are many factors that have contributed to the hike in confirmed coronavirus cases in Pakistan, but the most important ones are administrative and judicial. On May 18 the Supreme Court of Pakistan ordered the re-opening of the markets, shopping malls, and small businesses, by mentioning that the closing markets was not a justifiable rationale to curb the spread of coronavirus in the country.

Chief Justice Gulzar Ahmed said, “What is the reason to keep shops closed on Saturday and Sunday? Coronavirus does not go anywhere on Saturday and Sunday.” Furthermore, the government also announced that the shopping malls and markets could remain opened until 10 PM, which previously was 5 PM.

Likewise, the clerics have refused to call off the prayers at mosques, and even prompted people to gather in even large numbers to pray to get rid of this pandemic. Despite a government ban on mass gatherings, Shia clerics held processions and gatherings on Youm-e-Ali (to commemorate the martyrdom of Hazrat Ali R.A) on May 15.

The delayed response, and a confused government, has brought Pakistan to a stage where the country could face a collapse of its health care system. The government has shown confusion over whether the focus should be on saving the fragile and debt-ridden economy or the lives of the poor people who depend on daily earnings.

Since the first confirmed case in late February, Pakistan seems to be failing in its fight against coronavirus. Furthermore, the myopic policies of Pakistan’s government have worsened the situation. Instead of taking immediate measures to stop its spread, the nation’s leadership has seemed to not be bothered by the coronavirus which has brought the world to a stand still. Presently, Pakistan faces the reported 4,000 new cases each day. The numbers are daunting and the government is still confused about whether to impose a strict lockdown or smart lockdown. The need of the hour is that Pakistan should also consider a complete lockdown — as has been observed in the Central Asian countries, Taiwan, South Korea, Germany and Vietnam — before its health system collapses.

*Omair Farooq Khan is from Islamabad, Pakistan and works as an independent freelance researcher.

Home » Why Pakistan Is Failing In Fight Against COVID-19, While Its Central Asia Neighbors Are Making Progress – OpEd