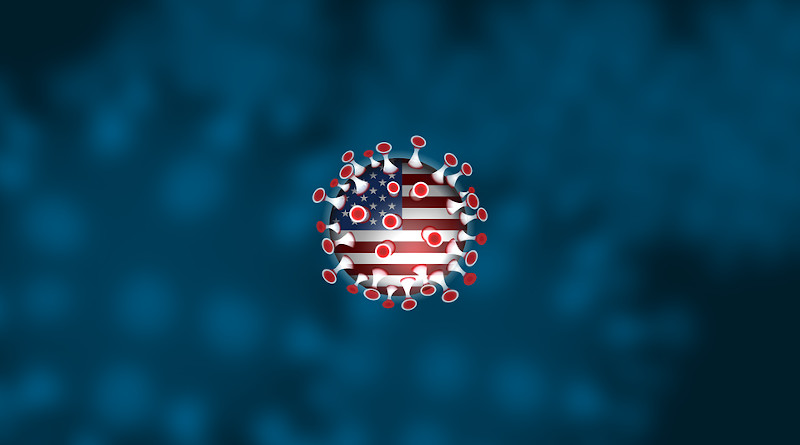 The United States is famed for doing things, not to scale, but off it. Size is the be-all and end-all, and the coronavirus is now doing its bit to assure that the country remains unrivalled in the charts of infection.  In time, other unfortunates may well catch up.  Brazil, with a president freshly diagnosed as having COVID-19, is currently on the silver podium.  India has the bronze, though it is hard to see it being in that position for long.

As the virus tears through, the announcement that COVID-19 infections in the US had passed three million suggested that President Donald Trump had, in fact, been assisting in his Make America Great Again program, if only for the wrong reasons.  With the death toll now over 130,000, this has been an internal epidemiological war that shows no signs of abating.  Coronavirus has been found thriving in Florida, Texas, Arizona and California.  Some states are returning to stricter lockdown regimes.

The spread of infection and the grim-reaper gallop of the virus has seen a proliferation of analyses, much of it of little comfort to current or future victims.  Did the trajectory in the US suggest the makings of a second wave, or merely the progress of the first?   Mike Tildesley of the University of Warwick explained to the BBC that the exercise was “not particularly scientific: how you define a wave is arbitrary.”  Hardly reassuring, though members of the Trump administration, including White House trade advisor Peter Navarro, is under the impression that the first has run its course, and preparations are being made for a second round.  As he told CNN’s Jake Tapper last month, “We are filling the stockpile in anticipation of a possible problem in the fall.  We are doing everything we can beneath the surface, working as hard as we possibly can.”

Melissa Hawkins, a public health academic from American University, is under no such illusions.  She makes the fiercely logical point that to have a second wave, the first needs to conclude.  “The US as a whole is not in the second wave because the first wave never really stopped. The virus is simply spreading into new populations or resurging in places that let down their guard too soon.”

This a view shared by the public health heavyweights, such as Anthony Fauci, director of the National Institute of Allergy and Infectious diseases.  “We are still knee-deep in the first wave of this.  And I would say, this would not be considered a wave. It was a surge, or a resurgence of infections superimposed upon a baseline.”  The hasty re-opening of cities and states had “led to a situation where we now have record-breaking cases.”

Letting down the guard is the sort of thing US Vice-President Mike Pence, who leads the White House Coronavirus Taskforce, is not averse to.  His point of reassurance lies in falling rates of fatality even as the infection rate is rising.  “This reflects,” observes Geoffrey Joyce, director of health policy at University of Southern California, “a shift in infection rates toward younger populations, as well as improved treatment as providers learn more about the virus.”

Before reporters at the US Department of Education, Pence made the following assessment: “While we mourn with those who mourn, because of what the American people have done, because of the extraordinary work of our healthcare workers around the country, we are encouraged that the average fatality rate continues to be low and steady.”

Such workmanlike, cold language lacks the schmaltz that has typified other administrations during times of crisis.  Trump eschews the unifying gesture, solemn expressions of sympathy, tearful calls to the family of the dead, or any commemorative displays of feeling or bereavement.  Strong men and women do not cry and nor should you.

The US Centers for Disease Control and Prevention, as it has been throughout the crisis, has received various whippings from the administration. Its latest set of guidelines covering the reopening of schools were, according to Trump, “very tough and expensive”.  The scolding given to the CDC had sent its officials scurrying off in search of a new regulatory set to placate the petulant ogre in the White House.  In Pence’s words, the “CDC is going to be issuing a new set of tools, five different documents that will be giving even more clarity on the guidance going forward.”

This pattern of obfuscation, redirection and revision has been repeated in parts of the country.  Rosy manipulation is preferable to gruesome reality.  The economy shall be unfettered; illusions shall be cultivated.  Data and evidence are enemies of the business civilisation, as are those distracting epidemiological models.  Rebekah Jones, formerly of the Florida Department of Health, found this to her own cost when she lost her job over concerns about the way she was presenting infection data.  Tasked with creating a platform that would show when parts of the state might ease coronavirus restrictions, she was told to “delete the report card because it showed that no counties, pretty much, were ready for reopening.”  Best not to do such jobs too well.

Florida’s Governor Ron DeSantis dismissed the issue, while his communications director, Helen Aguirre Ferré, resorted to the traditional formula of belittling Jones’s behaviour.  The naughty data scientist had misbehaved and been a cheeky unilateralist.  “Rebekah Jones exhibited a repeated course of insubordination during her time with the department, including her unilateral decisions to modify the department’s COVID-19 dashboard without input or approval from the epidemiological team or her supervisors.”

At times, the criticism of public health initiatives, such as wearing a facemask, have had less to do with the rigours of raw science than the pull of a dotty mysticism.  Ohio representative Nino Vitale captured that point.  “We’re created in the image and likeness of God.  When we think of image, do we think of a chest or our legs or our arms?  We think of their faces.  I don’t want to cover people’s faces … That’s the image of God right there and I want to see it in my brothers and sisters.”  The terrible Sky God must have been amused by such earthly musings.

The death toll, and the rate of infection, suggest that public health considerations repeatedly face the social Darwinian considerations that underlie Trump’s administration.  The protests against stay-home orders and COVID-19 restrictions betrays a certain fatalism: rights before health; trade before survival; guns before respirators.  What will happen, will happen, and stop being such a killjoy.  Trump’s messages of encouragement to such protestors keep the theme alive.  With these attitudes, three million infections do not merely become a matter of resignation, but deluded celebration in the ill Republic.

The role of the Telco and Media sector in maintaining activity during the pandemic has been essential and, generally throughout