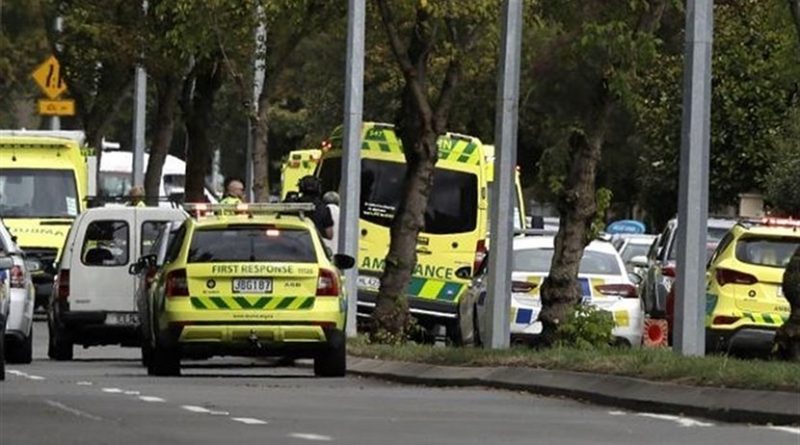 The attacks on mosques in Oslo and Christchurch have again called attention to the rise in anti-Muslim sentiment that is increasingly becoming normalised in media and on social platforms. This column studies the role the media plays in local increases in Islamophobic hate crime following jihadi terror attacks. Data from Greater Manchester Police reveal a spike in Islamophobic hate crime and incidents following ten international jihadi attacks. Other jihadi attacks that were much less prominent in the UK media, but no less lethal, did not generate the same spikes, suggesting that anti-Muslim hate crime is magnified by media coverage.

On 10 August 2019, the day before Eid Al-Adha, Philip Manshaus shot his way through the locked door of the Al-Noor Mosque in Baerum, an affluent suburb of Oslo, with the intent of killing Muslims in prayer. Just before the attack, he posted hateful messages on the online message board EndChan praising the perpetrator of the Christchurch shootings in March when 50 people were killed in two mosques in New Zealand. The attacker detailed his hatred for Muslims in an online manifesto revoking inspiration from Norwegian terrorist Anders Breivik and citing US President Donald Trump as a “renewed symbol of white identity”.

These attacks have again unequivocally called attention to the rise in anti-Muslim sentiment that is increasingly becoming normalised in everyday media and social platforms. At the same time, political leaders, media commentators and those active on social media are not sufficiently challenged on their anti-Muslim rhetoric. An example of systematic research showing the latter is the recent research by Muller and Schwarz (2018) which provides empirical evidence that President Trump’s campaign and narrative has not only influenced a few extremists but has also exerted a far wider impact on overall populations as increases in anti-Muslim sentiment are concentrated in counties with high Twitter usage.

Although terrorist attacks and violent assaults are an extreme consequence, the reality is that Muslims around the world are increasingly victims of discrimination and hate crime. Our research aims to better understand and accurately quantify one of the causes – whether an increased occurrence of jihadi terrorist attacks has contributed to greater anti-Muslim sentiment that has triggered increased hate crime incidence (Ivanic et al. 2019). We provide the first large-scale quantitative causal evidence on local increases in Islamophobic hate crime and incidents following international jihadi terror attacks. We do so using a counterfactual that has not been used in earlier research, in either the tiny hate crime literature in economics or the broader evidence base in criminology and sociology. We study the role of media, directly focusing on the extent to which media activity in the wake of jihadi attacks amplifies local hate crime.

Our analysis uses rich, high-frequency administrative data from the Greater Manchester Police from 2008 to 2018 to investigate the local impact on Islamophobic hate crime and incident occurrence following ten international jihadi terror attacks. The unique data, coupled with the unpredictability timing of terror attacks, provide a quasi-experimental setting which, with an appropriate research design, permits credible conclusions to be drawn about the hate crime impact of jihadi terror attacks.

A novelty compared to related other work is that our study is based on rich data on different forms of hate crime used in a ‘difference-in-differences’ empirical research design which compares temporal movements in Islamophobic hate crime (the ‘treatment’) relative to other types of hate crimes (‘controls’ comprising anti-Semitic, disability and sexual orientation crimes).

There is evidence of a sizable effect of jihadi terrorist attacks on local Islamophobic hate crime. Based on weekly data, the immediate spike upwards of Islamophobic versus the other crimes is shown in Figure 1. This is followed by higher post-attack levels for three weeks, with a decline as time elapses from the week of the attack. There is no evidence of differential pre-trends in the three weeks before the attack.

Figure 1 Weekly event study of Islamophobic versus other hate crimes

The figure shows the average impact across ten attacks. Over time, the terror attack induced cumulative increase in hate crimes means and by 2018, the number of anti-Muslim hate crimes and incidents had grown to a considerably higher level than before the attacks. Indeed, by 2018, there are around four times more hate crimes and incidents than ten years earlier. This is consistent with trends in the whole of UK in Figure 2 – nationally in the past five years, the total number racially or religiously aggravated offences on average doubled.

Figure 2 Number of racially or religiously aggravated offences recorded by the police by month, April 2013 to March 2018

We also study a possible role of media and the nature of reporting in facilitating reaction in distant places (as discussed in Gentzkow and Shapiro, 2004). The way in which the media report on terrorism, and whether that affects individual behaviour, is both highly sensitive and controversial. Previous work finds that terrorist attacks by a Muslim perpetrator attract on average about four and half times more media coverage, controlling for a number of characteristics (Kearns et al. 2019), leading to an exaggerated sense of the jihadi terrorism threat.

In the aftermath of terrorist attacks, there is evidence that sensationalist media articles can show a misinforming and inaccurate portrayal of Muslims in the UK. A detailed study of print and broadcast reports by the Centre for Media Monitoring (Hanif 2019) reveals a serious problem in the way that British media reports about Islam and Muslims. Examination of over 10,000 articles and clips referring to Muslims and Islam in the last quarter of 2018 reveals that 59% of all articles associated Muslims with negative behaviour, over a third of all articles misrepresented or generalised facts about Muslims, and terrorism was the most common theme. There are numerous examples of inaccurate and sensationalist front pages and articles in UK newspapers where British Muslims are falsely associated with sympathising with jihadism or are ‘victim blamed’ for terror attacks.

It is unsurprising that such inflammatory, not to say inaccurate, reporting has the scope to magnify hate crime. Study of the daily Manchester data reveals real-time media to be a causal mechanism underpinning the surge in local hate crimes and incidents that follow an attack. This is particularly the case for high-profile terror attacks that happen outside of the UK. This is shown visually in Figure 3a for the case of the Paris attacks of November 2016, where hate crime peaks follow the peak in newspaper reporting. Replicating the difference-in-differences analysis on daily data, a peak in hate crime occurs on the second and third day following the attack, as shown in Figure 3b. This provides support for the view that Islamophobia is not only an immediate response to the attack, but that it is also incited and further magnified by the information on perpetrators and victims presented by the media in the days following the attack (Durante and Zhuravskaya 2018).

a) Daily time series around the Paris attacks

A ‘placebo’ analysis of three attacks1 that, despite resulting in many more deaths and injuries than most of the ten attacks considered in the prior analysis, received much less media attention in UK newspapers was undertaken. Interestingly, in line with the ten attacks, media coverage does increase on the attack day, albeit by a lot less. Importantly, it does not rise anywhere near as much in the three days following when the media coverage of the ten attacks surged. For these attacks, there is no spike in anti-Muslim hate crime in Manchester and no media-induced magnification afterwards. The attacks that were much less prominent in the UK media do not generate local hate crime spikes in Manchester.

Even when they reside in places far away from where jihadi terror attacks take place, local Muslim populations face a media-magnified likelihood of hate crime victimisation following international terror attacks. This leads to significant economic and social costs for individual victims and their communities. There are obviously direct costs of the observed increases in hate crime. Moreover, there is a serious danger that the increase in hate crime has a dynamic, longer-run effect because it generates fragmentation, alienation, and a slowdown in assimilation of minority communities (as shown, for example, by the US study of Gould and Klor 2016). This is not good for inequality, or for economic and social cohesion.

That anti-Muslim hate crime is magnified by the way that media coverage is structured and presented is very serious and worrying when considered in terms of these negative economic impacts. A big challenge, which should be a priority to policymakers and regulators, is the extent to which sensationalist, exaggerated, and downright inaccurate reporting needs to be more carefully monitored and where necessary regulated. This applies to conventional modes of media coverage and more broadly to online and social media coverage.