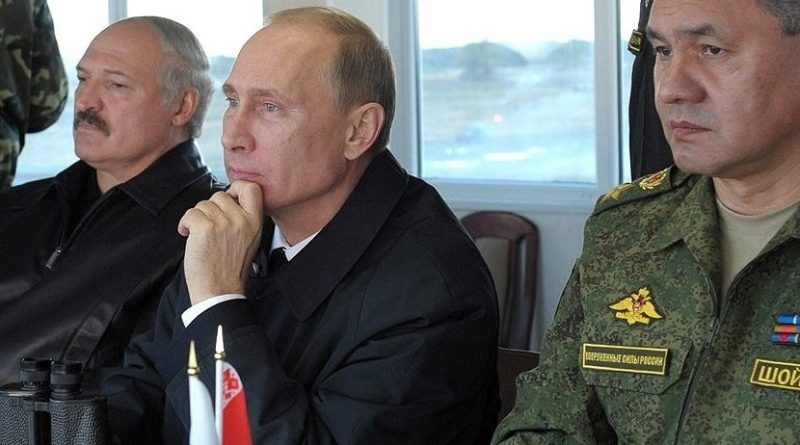 On 27 August, people were surprised by news that Russian President Vladimir Putin is about to give an interview to the TV channel Russia 24 that will be aired on the same day at 14:00 Moscow time. In reality, the interview was recorded in the evening of 26 August.1

It is normal for heads of states to give interviews from time to time, and they are usually announced ahead of time. I will add that Putin gave his last big interview in February 2020 as part of the project “20 questions to Vladimir Putin”. Prior to that, Putin only agreed to give interviews to foreign media outlets.

No one knew about the big interview of 27 August until the forenoon of the same day. When interviews are given this unexpectedly, it usually means that something has happened or that something is about to happen. The interview was slightly over 20 minutes2 and can be divided in three parts – Covid-19, the economy and the events in Belarus, with the latter occupying almost a half of the interview. This means that the aim of the interview was for Vladimir Putin to state his position regarding the Belarus issue. Interestingly, Putin didn’t even mention the protests in Khabarovsk and Navalny’s poisoning.

What did Putin say about Belarus?

Initially, he stressed that Russia has taken a much more deterrent stance in the Belarus issue than European nations and the US. Next, Putin said that Lukashenko is doing a lot to improve the situation by proposing for the constitution to be reworked and then to hold parliamentary and presidential elections. He also mentioned the ruling by the Constitutional Court of Belarus that forbids the establishment of any governmental institutions that are not foreseen in the constitution (this targets the Coordination Council established by the opposition). With this, Putin is saying that the Coordination Council in unconstitutional and should be ignored.

Regarding the 33 Wagner mercenaries detained in Belarus, Putin stated that this was obviously an operation conducted by intelligence services, adding that these people were fooled by promises of work abroad and that Russian border guards would never allow them to leave the country because they were carrying forged documents. He said that the intelligence services of the US and Ukraine were behind the operation.

A couple of innocent questions come to mind – if the border guards shouldn’t have allowed them to leave Russia, why did they? After the mercenaries returned to Russia, it was announced that they will not be prosecuted. If these people had illegally crossed the border, why weren’t they prosecuted, especially when Belarus had initially launched a criminal case.3 The mercenaries were handed over back to Russia as part of a mutual agreement between both states on cooperation on judicial issues, civil cases, issues on family rights and criminal cases. After the detainees were brought to Russia, representatives from the Russian Office of the Prosecutor General announced that they will not be prosecuted and will be heading home.4

So, according to Putin the mercenaries had illegally crossed the Belarus-Russia border, but they will not be held accountable? Am I the only one who thinks that something is not right? This simply proves that these 33 people were sent to Belarus with the blessing of the government.

During the interview, Putin also explained that the agreements signed between Russia and Belarus foresee mutual assistance both in cases of external threats and to ensure domestic stability. When answering the question asked by Lukashenko – will Russia help Belarus if needed – Putin said that Russia will fulfill its obligations.

Lukashenko asked Putin to form a reserve unit from law enforcement employees and Putin did exactly that. However, it was agreed that this reserve unit will not be engaged until the situation goes out of control. Putin stressed that until the extremists, hiding behind political slogans, cross a certain line, i.e. burn banks or seize administrative buildings, this unit will not be engaged, and currently there is no need to engage it.

Putin repeatedly stressed that all the problems in Belarus will be solved in a peaceful way, but if the protesters or any foreign government or law enforcement institution violates the law, the response will be appropriate.

He also said that in his view Belarusian law enforcement institutions are being quite reserved.

I believe Putin’s last statements were the reason for this interview.

We can conclude from Putin’s remarks that Russia will help Belarus by sending its army not only in case of external threats, but also if it believes that the domestic stability of Belarus is threatened. And if the unit has already been formed, this means it is in combat readiness.

This confirms the information that appeared recently about law enforcement vehicles heading in the direction of Belarus. One of these vehicle columns was sighted only 83 kilometers from the Belarusian border.5 Therefore, we can assume that Putin’s reserve forces are most likely already near Belarus and ready to cross the border when ordered. It is also concerning that in case the protesters commit any violations the state authorities and law enforcement will be engaged.

It looks like Putin has appointed himself as the one and only correct judge who will decide when Russian power structures will enter Belarus under the pretext of violations from one or the other side. This is Putin’s signal to Lukashenko that if he doesn’t do what Putin tells him the Russian army will still enter Belarus.

The interview also reveals what Putin considers reserved. If reserved means using force and special equipment against a peaceful crowd and brutal detainments inflicting varying levels of harm, it’s scary to imagine what he considers adequate response or, even worse, excessive force. To summarize, beating and kicking peaceful protesters is allowed. What would happen if the protesters were not so peaceful? Would Putin then suggest all of them to be shot?

All in all, Putin’s unexpected interview doesn’t imply anything good for Belarus.