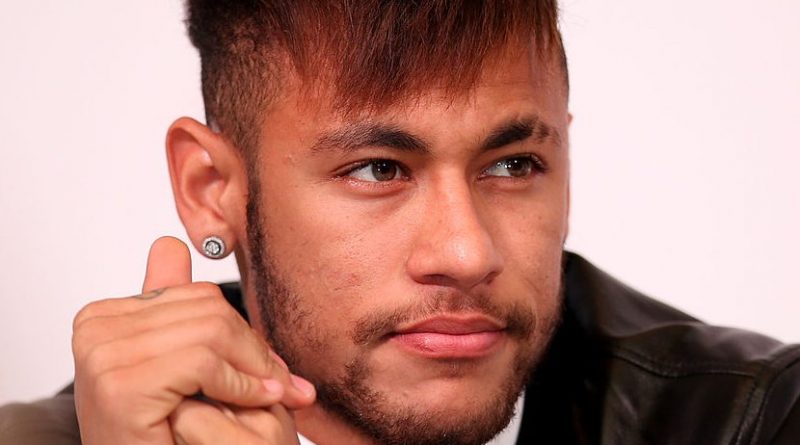 The €222 million transfer of Neymar to PSG calls into question whether football superstars are a good investment. Using the financial details of the transfer, this column argues that, at the price paid, Neymar has a negative net present value. While there are other explanations for PSG’s willingness to pay, in purely economic terms his contract seems a bad investment. Policymakers might use this type of calculation to justify intervening in the transfer market through regulation and taxation.

Neymar da Silva Santos Júnior was transferred from Barcelona to Paris Saint Germain (PSG) for €222 million, on 3 August 2017. It has caused many of us to consider whether football players are a good investment, and question how their prices can be justified.

To approach this issue from a serious economic perspective one needs to reflect on the more general question: what is the relation between the stock market value of the firm, and the value of its workers? In the modern economy, we assume that firm value – for example, Facebook’s $500 billion valuation – is generated by the human capital of its workers, their knowledge and skills. Only a tiny part comes, from the value of its buildings, PCs, laptops, Xerox machines, and other capital stocks (Yashiv 2005, Merz and Yashiv 2007). One can think of this worker value as some kind of implicit ‘human capital stock price’. The firm’s stock price will then be a function of the workers’ stock prices. These prices are not the wages the workers get, but rather their worth to the firm (Rosen 1981).

This idea may seem abstract. Workers do not really carry a stock price. But there is one prominent industry in which we do find such prices: football. We can consider football players as assets, and so the price of buying a footballer is a stock. The recent transfer of Neymar involved a huge stock price, and so is a particularly prominent example of this concept.

The Neymar transfer caused bewilderment and anger and raised many questions, mostly ethical. But we can also look at it from an economic perspective, before returning at the end to moral issues.

The scale of the Neymar investment

Consider Neymar as an investment project. The firm (PSG) decides to make an investment in a worker (Neymar). It does so by paying his value to the incumbent owner (Barcelona). The firm has to make this decision, as it would do for other investment projects, such as building a stadium. The firm needs to determine what it gains and what it spends when hiring the worker. While Neymars and stadiums are big investments, any hiring of a worker may be analysed with a the same logic.

The unusual aspect of this kind of decision is that there is a market price, which is well known. In most cases in the labour market we have no such information, as workers are not bought and sold. The only other prominent case in which prices are known is human slavery. (The analogy was not lost on some commentators.)

What are the financial facts of this €222 million investment project? Neymar’s price represents almost 5% of the total revenues of the Premier League, the national league with the highest revenues. (We can think of it as 5% of the GDP of English football’s elite division.) Now 25, he has signed a five-year contract. His annual salary is reported to be around €30 million after tax, or around €45 million Euros before tax. PSG also paid agent commissions of €38 million (Economist 2017).

In 2016 PSG has had revenues of more than €521 million, and €296 million of that came from commercial sales (Deloitte 2017). At the time it was acquired by Qatar Sports Investments in 2011, the club’s annual revenues were only €100 million, so they have risen five-fold in six years.

Potential gains and costs for PSG are hard to quantify. Even if he did not play, Neymar would boost commercial revenues for PSG. If, as expected, he contributed to footballing success, this may lead to PSG playing more games, raising match-day revenues, and winning more trophies, raising commercial revenues. Both increase TV revenues. But the financial contribution is difficult to measure precisely. There are also hazards. Neymar might get injured, or his form might decline, or the team (even with him in it) might not play well.

The net present value of Neymar

We can ask what sum Neymar needs to generate to make this investment profitable by plugging the known numbers into a net present value (NPV) equation and computing break-even. At this point, Neymar would not yield profit or cause a loss to PSG. A caveat: all the numbers are hard to confirm, but this computation can give a rough idea.

In the baseline computation, on the one side, the sum paid, which is €222 million. On the other side is the sum of expected annual profits, revenues less wages, discounted, over his five-year contract. Using a 1% real discount rate and a 30% corporate tax rate, with 0% risk for injury, and making the revenue to be generated by Neymar as the unknown to be solved for, we can calculate the break-even point.

Under this baseline scenario, Neymar would need to generate €111 million a year for PSG to make zero profits. If the tax rate plus risk of injury rises from 30% to 50%, a more realistic case considering other payments and injury risks, and if we add the commission to the sum paid, this number jumps to €151 million a year. These figures are 38% and 52%, respectively, of the 2016 commercial revenues of the club.

It is highly unlikely that the Neymar deal will yield these numbers. Thus, PSG stands to lose.

One option would have been to offer Neymar a lower wage, but the wage is not the most important factor here. Halving his wage would require him to generate €92 million a year to break even, and even cutting his reported wage by three-quarters would require him to generate €80 million annually for PSG. These are formidable (and unrealistic) amounts.

This means that PSG has been prepared to pay more than Neymar’s expected economic value. One can think of it as a kind of bubble, though stock market bubbles usually arise in other ways, and in different circumstances.

Plugging in these numbers in the baseline computation, and considering pre-tax wages, Ronaldo needed to generate about €40 million a year for Real Madrid to break even. This is equivalent to about 20% of Real’s commercial revenues at the time, or less than 10% its total revenues. It is probable that Real profited from this investment.

So not all transfers are bubbles. But looking at the top transfers by value, from Neymar’s move to Kevin de Bruyne’s €75 million move from Wolfsburg to Manchester City in 2015, it looks like the majority are bubbles. That means that the price paid was not subsequently justified by the net gains accruing to the purchasing club. Even at the time of purchase, this could have been expected. Why, then, are these trades done?

There are several hard-to-refute hypotheses. One is that club owners consume players, rather than investing in them. They want star players to perform for them. Another is that they are miscalculating, expecting bigger gains and larger positive externalities than realised ones. A third is that it is a psychologically-motivated competition.

This has wider social implications. How ‘justified’ are these wages and values? They signify enormous inequality. This phenomenon demonstrates the pitfalls of the free market. Demand and supply, unregulated by wage or price caps, or by entry barriers, generates these high numbers when the popularity of football meets greed. There is no free-market mechanism to divert these resources into socially valuable projects. Moreover, it looks like rational economic computations would not prevent such outcomes. Only policymakers, empowered by the public, could intervene through regulation and taxation. They could potentially put the resources spent on football’s future Neymars to better social use.

Economist, The (2017), “How a football transfer works“, The Economist Explains, 7 August.

Home » The Value Of Top Footballers, Bubbles And Pitfalls Of Free Market – Analysis