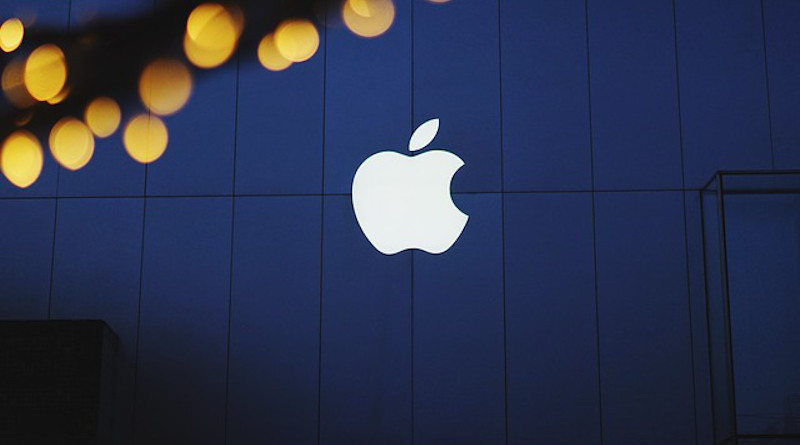 (EurActiv) — After having successfully struck a deal with Google, French publishing groups have now set their sights on fighting for better terms with another one of the Big Tech giants: Apple.

On Thursday, the Paris Court of Appeal upheld an earlier decision by the French competition authority, which had called for fairer negotiations with publishers in France on the subject of ‘neighbouring rights’  – a key element outlined in the EU copyright directive.

The clause allows publishers to negotiate with platforms over forms of remuneration for the publication of extracts of their articles on Google News.

For their part, however, French press groups don’t look like ceding their quest for equal terms for journalists in the online space for anytime soon.

A conglomeration of French and European publishers’ organisations, led by the Alliance de la Presse d’Information Générale (APIG) – the organization that had been negotiating with Google – has written to Apple’s Tim Cook, highlighting their concerns over the company’s terms of service in the App store.

“Content publishers are in a situation of absolute economic dependence on Apple for the distribution of their content on the iPhone, since the only store available on this device is the AppStore,”  said the letter, sent to Cook on Wednesday (7 October).

The letter, seen by EURACTIV, adds that Apple’s 30% commission on sales made through apps on the platform, in addition to the prohibitions on ‘alternative forms of payment outside the application’, only leads to further market concentration.

“The 30% commission has significant anti-competitive effects because of its excessively high, unfair and discriminatory conditions under which it is applied,” said the letter, also signed by groups including the La Fédération Nationale de la Presse d’information Spécialisée and the Le Syndicat des éditeurs de la presse magazine.

Another concern of equal importance raised by the organisations is Apple’s ringfencing of consumer data in media subscription packages purchased through the AppStore.

“If a consumer takes out a subscription to a magazine via the AppStore, the magazine has no means of contacting – directly or indirectly – the subscriber, to propose content that corresponds to his or her interests or promotional offers for renewal,” the groups say.

In this vein, the company behaves as a “disintermediator between the publisher and its readership” with the goal of securing an ‘excessively’ high level of commission, the letter adds.

At the time of publishing, Apple has not responded to EURACTIV’s request for comment.

On Wednesday evening, news broke that a deal had been struck between Google and the French press group, the Alliance de la Presse d’Information Générale (APIG).

Pierre Louette, CEO of Groupe Les Echos who had been negotiating on behalf of the French press, said that Google had accepted the ‘principle of remuneration’ for the republishing of works defined in the copyright directive.

In September last year, Google announced that it would avoid signing license agreements with press publishers by only displaying a quantity of text necessary to meet baselines set out in the EU’s copyright directive, due to the fact that “very short extracts” are excluded from the scope of the directive.

Digital Secretary Cédric O had also added that the tech giant’s move was “disrespectful of the spirit of the European directive and the French law”.

Meanwhile, the coronavirus crisis has wreaked havoc on the media sector. While readership figures have gone through the roof during the pandemic, advertising revenues have dropped, placing media outlets at dire financial odds.

“The biggest impact of the virus is likely to be economic, with local and national media already cutting staff or publishing less frequently,” Reuters Institute’s Digital News Report, published in June, found. “The coronavirus crisis is driving a cyclical downturn in the economy hurting every publisher, especially those based on advertising.”

The report noted that the current climate will lead to a turn in the industry towards a more ‘digital media environment,’ where free journalism will struggle to survive and “reader payment alternatives such as subscription, membership, and donations will move centre stage.”

“This is likely to benefit a relatively small number of highly trusted national titles as well as smaller niche and partisan media brands,” the survey added.