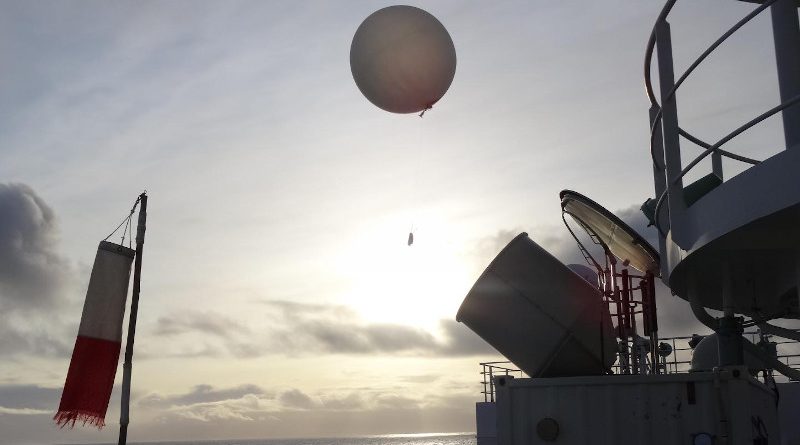 In 2017, Category 5 Hurricane Irma devastated islands of the Lesser and Greater Antilles before turning northward and ultimately making landfall in southwestern Florida. Forecasting the timing and position of that northward turn was critical for Floridians to prepare for the storm’s impact, but the uncertainty surrounding prediction of the upper-level trough that would steer the turn made this difficult. Collecting additional meteorological data, including measurements from locations as distant as the Arctic, could help meteorologists forecast the tracks of future tropical cyclones like Irma.

In a new study published in the journal Atmosphere, a research team led by the Kitami Institute of Technology compared the accuracy of operational medium-range ensemble forecasts for 29 Atlantic hurricanes from 2007 to 2019, with a focus on hurricanes that moved northward in response to upper-level atmospheric circulation over the mid-latitudes and approached the United States.

Although hurricane track forecasting has significantly improved in recent decades, there are still significant errors in some cases, and the consequences can be severe. In particular, uncertainty regarding the paths of upper-level troughs with strong winds in the mid-latitudes can lead to greater uncertainty when they influence the tracks of tropical cyclones. The research team found that in cases of hurricanes steered by upper-level troughs, forecasting errors of the hurricanes’ central positions were larger than those in cases not influenced by upper-level troughs.

Lead author Kazutoshi Sato explains, “During the forecast period Hurricane Irma in 2017, there was large meandering of the jet stream over the North Pacific and North Atlantic, which introduced large errors in the forecasts. When we included additional radiosonde observation data from the Research Vessel Mirai collected in the Arctic in the late summer of 2017, the error and ensemble spread of the upper-level trough at the initial time of forecast were improved, which increased the accuracy of the track forecast for Irma.”

The researchers also investigated the effect of including additional dropsonde data collected by the United States Air Force Reserve Command and the Aircraft Operations Center of the National Oceanic and Atmospheric Administration over the Atlantic Ocean near Hurricane Irma in 2017. Hurricane forecast accuracy was improved both by dropsonde measurements near the hurricanes and by radiosonde observations over the Arctic Ocean.

According to co-author Jun Inoue, an associate professor of National Institute of Polar Research, “Our findings show that developing a more efficient observation system over the higher latitudes will be greatly beneficial to tropical cyclone track forecasting over the mid-latitudes, which will help mitigate the human casualties and socioeconomic losses caused by these storms.”