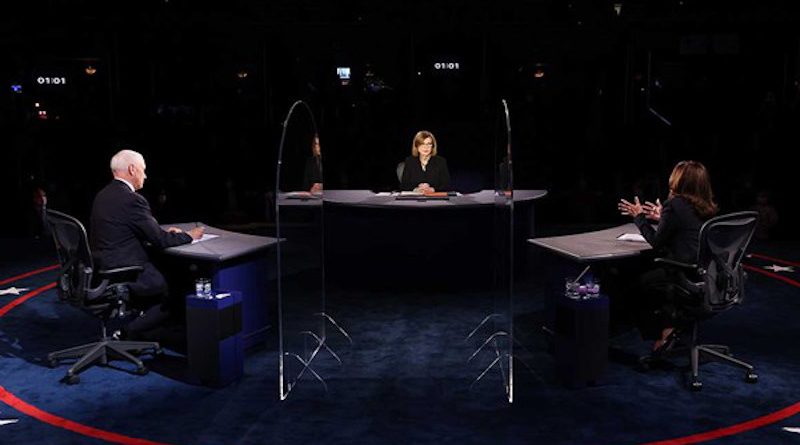 One tragedy of this election season, as with all modern election seasons, is that the Democrats’ radicalism is being hidden from the American people by a complicit establishment media. It would have been nice, then, if Wednesday’s vice presidential debate could have been a teaching moment where light was shined on Kamala Harris’s and Joe Biden’s toxic positions. Unfortunately, moderator Susan Page’s bias made this impossible.

Page, USA Today’s Washington Bureau chief, made sure to inquire about how Judge Amy Coney Barrett’s confirmation to the Supreme Court would affect abortion, exhibiting the typical leftist obsession with prenatal infanticide. She asked Vice President Mike Pence how he thought his state of Indiana should legislate on the matter were Roe v. Wade struck down (I didn’t know he was again running for the Hoosier State’s governorship).

This might be a fair question — that is, if Harris had been asked about her and Biden’s radical pro-prenatal infanticide positions. Harris supports “‘abortion on demand at any time, any where [sic], and under any circumstances,’” LifeNews.com quotes president of National Right to Life Carol Tobias as relating. And both she and Biden advocate taxpayer funding of prenatal infanticide.

The point is that Pence’s and President Trump’s abortion polices align far more closely with the electorate’s wishes than does the Democrat ticket’s radicalism. But the American people couldn’t learn this truth on Wednesday — thanks, largely, to Susan Page.

That’s just the iceberg’s tip, too. This is by far the most radical Democrat presidential ticket — representing well its extremist party — to ever seek the White House. For example, here are more pressing matters a smart, diligent, responsible moderator would have inquired about at the debate:

Additionally, Harris “thinks Catholics are not fit to serve on the Supreme Court, has tried to criminalize climate-change denial and the manufacture of guns…and, as California’s attorney general, wielded power like a callous autocrat,” asserts the New York Post.

Of course, asking about such things would make the Democrats look bad — but only because that badness is a reality. There also is no corresponding radicalism on the other side; Trump’s and Pence’s policies very much align with the people’s will, and more closely with Truth, while Biden’s and Harris’s policies are generally antithetical to both.

It would be nice if the American people could learn this, which brings me to maddening Republican stupidity: Why does the GOP continually agree to have leftist debate moderators? In the least, there should be two moderators, one Republican and one Democrat, with each choosing 50 percent of the questions.

As for Page, people can argue about the degree to which her bias is conscious (she is, after all, operating above her pay grade, lacking the necessary self-knowledge and wisdom to do her job). Regardless, the result is the same: Biden and Harris are allowed to retain their masks and hide their true faces from Americans.

Speaking of which brings to mind Duke’s First Rule of Politics:

And Susan Page and most mainstream media, being on the Democrats’ page, make this a sure thing.