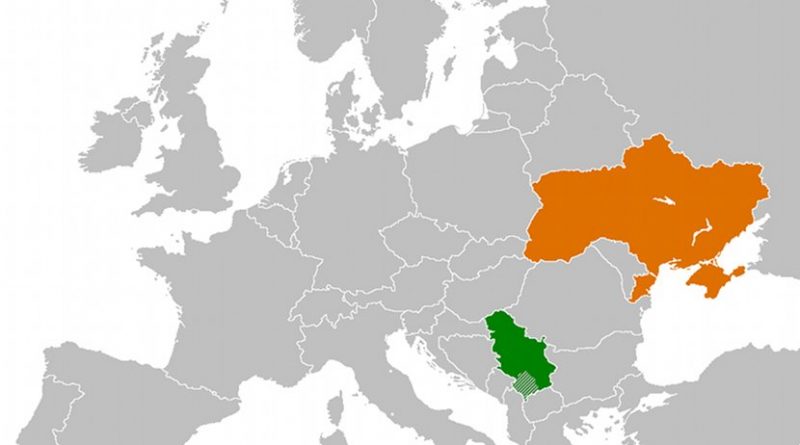 As diplomatic tensions continue between Kiev and Belgrade over an interview with BIRN, Ukraine Foreign Minister Pavlo Klimkin has called on Serbia to respect his country’s sovereignty and territorial integrity.

After calling its ambassador to Serbia back to Kiev for consulations on November 3, Ukraine has urged Serbia to show respect for its sovereignty and integrity, and deal with the issue of Serbs fighting for pro-Russian forces in the Donbas area of Eastern Ukraine.

“The main emphasis during these consultations was on the problem of Serbian mercenaries who fight in Donbas as part of the Russian terrorist troops, in particular as regards Serbia’s obligations within international anti-terrorist legal instruments to which it is a party,” the Ukraine foreign ministry said in a press release.

“Besides, Ukraine is seriously concerned about illegal contacts by representatives of Serbia with the occupied Crimea,” it added.

In an interview with BIRN on November 1, Ukraine’s ambassador to Belgrade Oleksandr Aleksandrovych, said Serbia was not doing nearly enough to stop Serbs from travelling to Ukraine and fighting on the side of pro-Russian forces in the east.

The ambassador said that Russian propaganda and its secret services had played a huge role in attracting Serbian and other foreign mercenaries to Ukraine. He also accused Russia of playing a highly damaging role in the Balkans in general.

The interview heightened tensions between Kiev and Belgrade, which has taken a neutral stance over Russia’s annexation Crimea and generally prioritises historic ties to Moscow.

Serbia’s ultra-nationalist Radical Party called for Aleksandrovych to be expelled during a session of parliament.

The Radical Party on Tuesday said that two of its MPs had recently visited annexed Crimea, on Russia’s invitation, and together with other foreign delegations, had founded an international organization called “Friends of Crimea”.

Another Serbian political delegation, also including members of the Serbian People’s Party, visited Crimea earlier this year, marking the centenary of the 1917 Russian Revolution.

As the dispute escalated following the interview, Ukraine called its ambassador to Serbia back to Kiev for consultations on November 3.