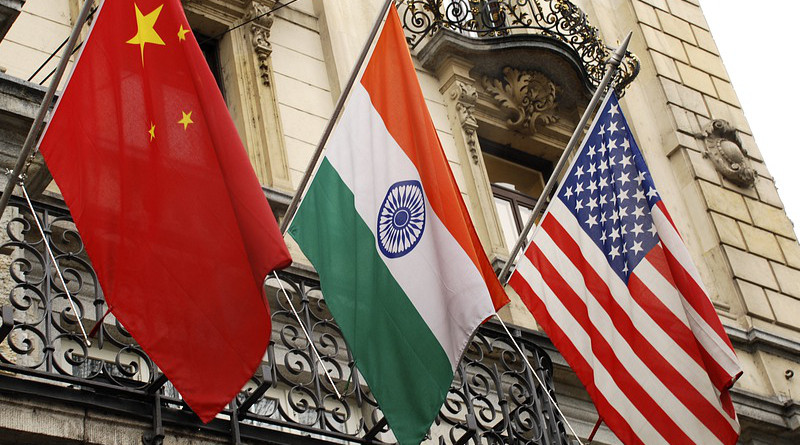 Though the trade tussle alienated two nations during the Trump regime, the USA enhanced military assistance to India to counter China. It will be rebooted by Joe Biden.  Before President Donald Trump took office in 2017, five Presidents – two Democratic and three Republicans – tried to foster   closer relations, in part offering military assistance and develop economic relations, by advocating lower tariff and investment barriers. It is unlikely that new president will deviate from this and Trump’s “America First”  policy.  Given this, India’s strong  political and economic belligerence against China will stage a big stake for boosting US-India relations.

In 2020, a new dynamism in the US-India relations was demonstrated, given the rising tension between India and China. This deepened the relationship between Washington and New Delhi. After the border clash in June, India spun a volta-face to the burgeoning trade relationship with China. It scrapped several trade approval with China. It banned nearly 60 mobile apps, restricted FDI from China and imports of TV. It launched Atmanirbhar (self-reliance) initiative and initiated a hunt for alternative to China to curb over-dependence on China for emerging industries like mobile phone and pharmaceutical sectors.

These steps testify to India’s determination to undermine the spirit of Modi-Xi Jinping summit in Wuhan and in Tamil Nadu in India, overturning Modi’s campaign that China was not a foe, but a friend. It pushed India to   challenge Beijing  hegemony in Asia-Pacific and declined to join BRI (Belt and Road Initiative) and decoupled from RCEP.

Following the border violence, US Secretary of State Mike Pompeo endorsed New Delhi’s condemn that China’s PLA “escalated border tension”. He pledged to work closely with India to counter an increasing aggressiveness by China. Indian media was overwhelmed by Pompeo’s endorsement. News reports suggested that the Modi government was considering closer military ties with USA after Washington sided with India on the border issue.

Prior to this, the seeds for military cooperation were already sown, when USA declared India a “major defence partner” in 2016. The 2+2 dialogue between two countries yielded a significant outcome and that was with the signing of Communication Compatibility and Security Agreement (COMCASA) . This was the beginning of journey for consolidation of military power between the two countries. COMCASA paved the way for supply of equipment with transfer of technology. Under FMS (Foreign Military Sales), it is mandatory for the sale to be approved by the US President under the Arms Export Control Act of USA. The signing of COMCASA was a breakthrough in defence  partnership, albeit India still has a strong  military partnership with Russia.

The decision to start exchanges between US Naval Forces Central Command (NAVCENT) and the Indian navy was another milestone for strengthening maritime cooperation in the  Western Indian Ocean. The strengthening of military ties, coupled with strong economic relations paved the way for a new synergy in US-India relations.

It is clear that India’s strategic partnership with the USA will not change dramatically with a Democratic President Joe Biden. China is a foe for both USA and India. Hence, countering China will be in the interests of both the USA and India. America’s relative power vis-à-vis China has declined in Asia over the periods with China’ BRI initiative and consolidating trade power through  RCEP. It will haunt America’s power, if it does not step up to counter China. India will have to intensify US-India strategic partnership to nip the bud of China’s expansionism in Asia. In this respect, with the current tiff  between India and China will be important for the USA to use India as a counterweight to China in its foreign policy in Asia-Pacific.

Ironically, albeit India’s strong protest and retaliation against Trumpnomics, the USA became the biggest export destination for India. The USA plays an important role in India’s external economy and accounts for 16 percent in the exports of goods exports and 50 percent of IT and BPO services. It is the potential lever to enhance India’s export. Exports are now an important economic parameter for the upturn in the economic growth in the Modi 2.0 period. India is targeting a US$5 trillion economy by 2024-25. To achieve this, India has targeted exports at US$660 billion by 2024-25. The categorical difference between USA and China for trade is that while trade with USA surged due to exports by India, trade with China increased due to large imports from China. This translates that trade buoyancy with the USA is more gainful for India than China.

Exports to the USA attach greater significance to weed out various domestic economic problems. For example, major items of exports to the USA are apparels, diamonds, marine products and footwear. These industries are labour intensive. Eventually, this will pave the way for more employment opportunities, which is reeling under distress.

Analysts observed that Trump’s trade balance obsession exacerbated US -India trade dynamism. Although, trade between USA and India increased, trade tensions also intensified. One of the reasons was India’s unabated trade surplus with USA. Notwithstanding, the USA ensures a potential destination for achieving the export target.

In nutshell, the Joe Biden Administration is unlikely to tinker with Trump’s protectionist economic policy, given the windfall accrued to the American economy, including employment generation. Therefore, India’s significance as a counterweight to China will be the pivot of US-India relations under the new regime.

Home » USA-India Relations: With Changing Of Guard In US, India To Remain Counterweight To China – Analysis