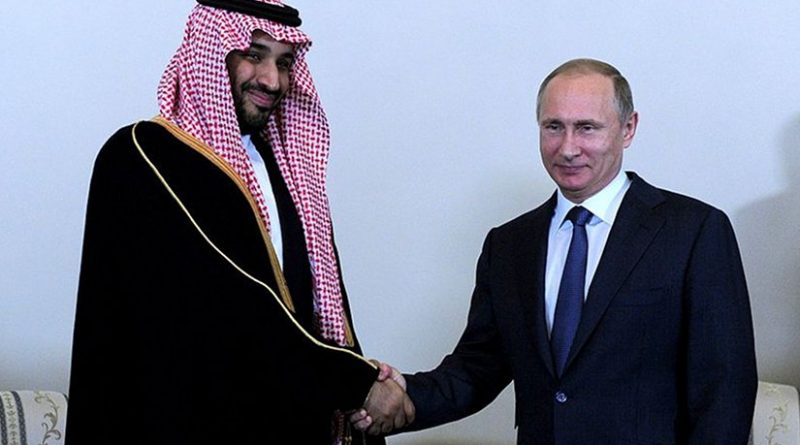 OPEC and Russia agree to limit production, but deal may not hold – Saudi influence fades as oil cartel loses dominance.

More than two years after the crash in oil prices, the cartel that unites several of the world’s biggest oil producers has at last finalized a deal to cut production levels to boost prices. In decades past, the Organization of the Petroleum Exporting Countries dominated world oil markets, with Saudi Arabia in particular able to dictate prices by increasing or decreasing oil production. Over the course of the 1970s, the price quadrupled, thanks to OPEC-induced supply cuts. This time, prices jumped 10 percent on news of the deal. The main takeaway from the negotiations is that OPEC is less influential than ever before.

OPEC’s leaders first agreed in principle to reduce supply to the level of 32.5 million barrels per day – a 3.5 percent decrease from current production – with the details to be worked out. Yet some analysts suspected that OPEC would not manage to negotiate details of a supply cut among its diverse 13 members – Algeria, Angola, Ecuador, Gabon, Iran, Iraq, Kuwait, Libya, Nigeria, Qatar, Saudi Arabia, United Arab Emirates and Venezuela – as well as Russia. There was plenty of reason for skepticism. For one thing, OPEC has no credible mechanism for punishing cheating – so every country has an incentive to promise to reduce production without actually doing so. Indeed, academic studies have found that promises by OPEC members to cut production are violated 96 percent of the time.

This time, some OPEC members did not want to promise cuts. The main challenge was Iran. Tehran, which produces roughly 4 million barrels per day, argued that a production cut would unfairly punish the nation with its production still recovering from the effect of international financial sanctions imposed over its nuclear program. Iran has more scope for production growth than most OPEC members – and great need for revenue.

Yet the question of Iranian production was not only one of energy economics. Geopolitics mattered, too. Iran’s archrival in the Middle East, Saudi Arabia, is the largest OPEC oil producer and has been pushing for a deal. Yet the Saudis did not want a deal that would allow Iran to reap economic benefits, and, Riyadh feared, geopolitical gains, at Saudi expense.

At the same time, the Saudis understand that an OPEC production cut would not matter if it merely allowed non-OPEC producers to ramp up production and seize market share at Saudi expense – a reasonable fear as Saudi Arabia represents 13 percent of production, with Russia and the United States not far behind. There was never a chance of convincing US producers of joining in production cuts, nor would such a negotiation be workable given that the US oil industry is fractured among many small producers in contrast with most OPEC states.

Yet Russia, which vies with Saudi Arabia for the title of the world’s largest oil producer, signaled that it would be amenable to OPEC discussions. Unless the Russians could be convinced to sign on to a deal, any OPEC supply cut decision would be matched by an expansion of Russian production. Russia and OPEC have a long history of disagreements over oil negotiations. Many analysts doubted and continue to doubt that Russia will honor any agreement with OPEC. As with Iran, Saudi Arabia has a complicated relationship with Russia in the Middle East, where the two countries are funding opposite sides in the Syrian Civil War.

So Riyadh had no interest in giving gifts to Moscow. And until the final hours of the negotiations, Russian officials declined to clarify whether they were willing to cut production levels or merely freeze them. Saudi Arabia needs oil prices of nearly $80 per barrel to balance its government budget.

Given this treacherous framework for negotiations, Saudi Arabia presumed that a deal was possible, even though the idea of an OPEC production cut was controversial within Saudi Arabia. Former Saudi Oil Minister Ali Al-Naimi had long opposed a new OPEC deal on the grounds that it was unworkable and would result in Saudi Arabia surrendering market share to rivals. Then he was sacked in 2016 after two decades of service in the position. The reason? His new boss, Mohammed bin Salman, the powerful deputy crown prince, assumed that an OPEC deal was not only possible but necessary. His record as policymaker has been mixed at best: The war in Yemen against Houthi militias has proven a costly disaster. Domestically, the Saudi economy is reeling from a painful recession. Saudis know that an economy so dependent on oil exports cannot escape pain when oil prices are low. Even Saudi Arabia’s non-oil economy is now shrinking.

The deputy crown prince needed something he could describe as a victory. Given his treacherous domestic political standing, bin Salman needed a deal to bolster his credibility – even if that put most of the burden of supply cuts on Saudi Arabia.

The result was that the Saudis entered OPEC negotiations holding few cards. In the past, Saudi Arabia had declined to cut production unless sure that it would be joined by other OPEC players in a big way. This time, the Saudis were desperate for a deal.

Indeed, the deal as agreed upon represents a significant Saudi concession to Iran. While Saudi Arabia promised to cut production by 486 million barrels per day, roughly 4 percent of its production, Iran is allowed a slight production increase. OPEC’s other major members, including Iraq, Kuwait and the UAE have also promised sizeable production cuts.

Questions remain about whether non-OPEC producers, chiefly Russia, will abide by the deal. On paper, Russia has signed up for production cuts of 300,000 barrels per day. But Russian official statements on the process of production cuts have been full of qualifiers.

The bigger question about the OPEC deal is how producers of tight oil, also called shale oil, will respond. The oil price is near the breakeven price for tight oil production in the United States. A big price hike would encourage firms to increase production. Energy experts disagree over whether the price increase in the aftermath of the OPEC deal will be small enough to prevent a big response from US producers. Other experts contend that US tight oil has become more efficient over the past several years, reducing average breakeven prices and enabling a significant supply response.

The days of OPEC dominating oil markets are over. Now, member states haggle over marginal supply cuts that increase prices by a few dollars per barrel – and the solidarity does not last long. The best evidence of this is to look at OPEC’s share of world oil production, down from more than half in the 1970s to less than 40 percent today. Meanwhile Russia is producing at a post-Soviet high while the United States has also substantially increased production. The tight oil revolution in the United States coupled with the spread of advanced production techniques in Russia means that OPEC’s dominance of world oil markets is finished. And that spells trouble for Saudi Arabia.

*Chris Miller is associate director of the Brady-Johnson Program in Grand Strategy at Yale. He is the author of The Struggle to Save the Soviet Economy.