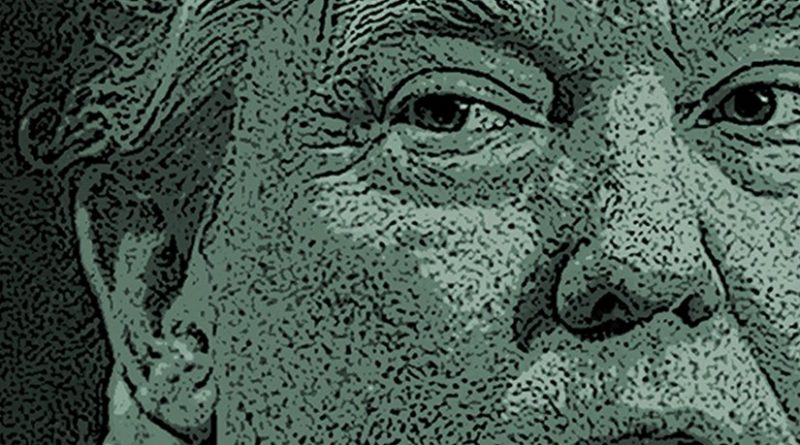 Noah Rothman writes at Commentary that Trump’s economic proposals are “Keynesianism without a crisis.” The economy is chugging along, growing at 3.2 percent in the third quarter, and unemployment is below 5 percent. The U.S. has outperformed its peer competitors in Europe and North America over the past 4 years, topping France and Germany in GDP growth every year since 2012 and growing faster than Canada and the UK in 2015. This is important to note, because as economic critics point to 3% and 4% growth in the 1970’s and 80’s, they neglect to point out that the entire developed world has been growing slower since then. It’s harder to keep up a high percentage rate of growth on a bigger total.

But an even more important point of dispatch is that conservative critics and “populists” base their view on faulty emotional assumptions and incorrect data. Trump, for instance, said to Time that, the government needs to “prime the pump” “in order to get jobs going and the country going, because, look, we’re at 1% growth.”

In fact, the GDP has grown at 2.4% for each of the past two years. The slowest it grew since 2008 was 1.5% in 2013, still considerably faster than France and Germany. Moreover, quarterly economic GDP growth has never grown slower than 1% for the past three years. Trump is doing what he is so good at: making shit up.

But it’s not just Trump who is the problem. For most of Obama’s term, Republican and conservative “populists” have resorted to counter-factual appeals to the pain of the working class and consumers no matter what the economic conditions. With Obama spending $800 billion on the stimulus package, and the Federal Reserve printing money, conservative proponents of austerity kept predicting inflation and bubbles. When no inflation came, they made it up.

“Everyone who ever goes out shopping for groceries knows that prices have risen significantly over the past year or so,” Palin said in 2010, evoking the image of the family struggling to put food on the table. For extra fun, her next assertion: “Pump priming would push them even higher.”

A broad measure of food prices from the Labor Department shows prices rose at an average annual rate of less than 0.6% in the first nine months of the year. September’s increase in food prices — 1.4% for food and beverages at an annual rate — was low by historical standards.

Inflation, like the unemployment rate and GDP growth, is a measurable fact. There can be different measures taken and different rates of growth for different products, but whatever you are measuring, there’s an objective reality.

When Erick Erickson argued to Paul Krugman in 2013 that prices were rising, Krugman pulled out a chart showing low inflation. Here’s how Erickson responded:

Paul uses a chart to try to disprove the reality that Americans with small kids actually experience at the grocery store. His problem is he thinks I’m attacking the Democrats and wants to defend them, when the criticism is broader and bipartisan. And if he hung around moms and dads with kids more often he’d hear a lot more real world complaining about bread, milk, and other grocery item prices going up while paychecks are staying the same. Not everything is academic or chartable and sometimes the accuracy of the chart isn’t as real to people as the perception they have that their grocery store bills are getting more expensive though their shopping habits haven’t changed.

Got that? Even if grocery bills aren’t rising, people (whom Erickson has interviewed?) feel grocery bills are rising. This is what is called picking emotions over facts, and it’s something conservatives have long criticized politically correct “social justice warriors” for doing. By 2016, social justice political correctness has become the mainstream Republican economic view. The “white working class” feels they’re being hurt by trade and that they need our help? Why, we must have the government give Carrier a company-specific $7 million tax break to keep a plant open for 800 workers (not 1,100) in Indiana! (Blatt on Carrier bailout: Trump’s bad deal for America)

Nevermind that trade helps the economy, or that most manufacturing job losses were due to automization, or that leaving the TPP allows Asian countries to keep tarrifs high on American exports, as Rothman pointed out, or that conservatism posits individuals are responsible for their own lives. The residents of this small town I interviewed said they were angry, and by golly, we need to listen to them if they are angry! (unless they are fast food workers striking for $15 minimum wages or black activists protesting police shootings or angry young Bernie bros blocking the street after Trump’s election).

(See also: Kevin Williamson – “We do not have a trade deficit: We have a capital surplus”)

Trump plays to emotions better than any politician America has seen in a long time. It’s part of what makes him a demagogue. But more than that, he also lies his ass off. For months he claimed the unemployment rate was 40%. His “1%” GDP growth canard is small compared to most of his lies. And he continues to rely on outdated exaggerations about Chinese monetary and tariff policy.

Co-editor Sumantra Maitra and I saw this coming. We wrote an essay at the start of 2015, when the election’s primary season was first beginning, arguing that both the left and right are detached from science and reason on things like economics, research, and energy (Essay: “Anti-Science Regressivism from the Left and the Right”). The Democrats proved they are not immune from it either with the Obama administration playing politics with pipeline approvals.

But now the Republicans are in charge–the very Republicans who did all they could to block stimulus when there actually was a recession–and they will base their economic policies on fake populism, appeals to sympathy, and political calculations.