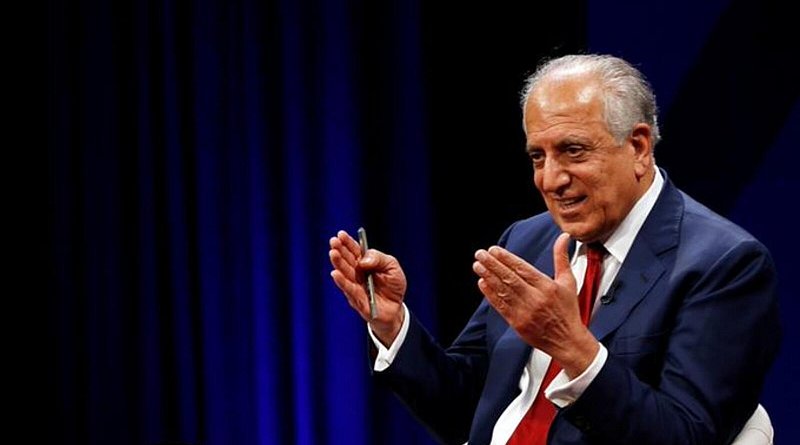 (RFE/RL) — The United States and Taliban officials have announced a resumption of official negotiations for the first time since U.S. President Donald Trump abruptly halted talks three months ago to end the 18-year war.

U.S. envoy Zalmay Khalilzad reportedly met with Taliban officials on December 7 in Qatar, the scene of previous negotiations, and was to continue the talks on December 8.

The restart follows Trump’s surprise Thanksgiving visit to see U.S. troops in Afghanistan on November 28, when he expressed hope that “the Taliban wants to make a deal and we are meeting with them.”

But the respective sides hadn’t confirmed official talks until the December 7 announcements.

A U.S. statement said the new meetings would first focus on a Taliban pledge to curb violence but that the bigger goal was a permanent cease-fire.

“The U.S. rejoined talks today in Doha,” the December 7 statement said. “The focus of discussion will be reduction of violence that leads to intra-Afghan negotiations and a cease-fire.”

The leader of the political wing of the Taliban, Mullah Abdul Ghani Baradar, is said to be leading the talks for the Taliban side.

The Taliban has consistently refused to negotiate with the Afghan government, which the radical fundamentalist group accuses of being a puppet of the United States.

Khalilzad, who reportedly met with Afghan President Ashraf Ghani in Kabul last week, is also said to be seeking to get the Taliban eventually to sit down with Afghan government representatives.

Speaking to Fox News on December 8, U.S. Defense Secretary Mark Esper said the “only way forward” for the war in Afghanistan “is through a political agreement” with the Taliban and the Afghan government.

Trump, the third U.S. commander in chief to preside over America’s longest war since a U.S.-led coalition ousted the Taliban leadership following the 9/11 attacks on the United States, has expressed a desire to withdraw the estimated 12,000 U.S. troops from Afghanistan.

Afghanistan’s own national forces would be expected to step in, but political impasses, rampant corruption, and continuing insurgent violence have hamstrung an already stretched central government in Kabul.

Ghani, who shares power with Chief Executive Abdullah Abdullah, is embroiled in a dispute with Abdullah over the results of a presidential election held in late September.

The U.S.-Taliban talks officially began in July 2018 and were said to include a plan for the withdrawal of thousands of U.S. troops as an early step.

In September, with reports of a deal close at hand and the U.S. president said to be weighing a U.S. visit by Taliban leaders to ink an agreement, Trump declared talks “dead” and demanded an end first to the upsurge in violent attacks in Afghanistan by Taliban insurgents.

The Taliban delegates on December 7 reportedly included Anas Haqqani, who was among three senior Taliban freed in a prisoner swap last month for an American and an Australian professor who had been kidnapped and held by the Taliban for three years.