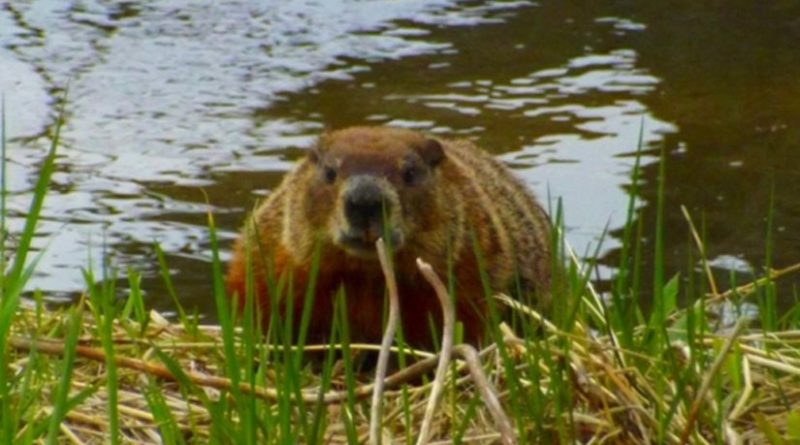 Beaver in the wild.

The recovery of beavers may have beneficial consequences for amphibians because beaver dams can create the unique habitats that amphibians need.

That finding was reported by four WSU Vancouver scientists in a paper published in the journal Freshwater Biology. The research took place in the Gifford Pinchot National Forest of the Cascade Range, where the researchers identified 49 study sites either with or without beaver dams. The researchers found the beaver-dammed sites were 2.7 times higher in amphibian species richness than the undammed sites.

Certain types of amphibians, particularly those that develop more slowly, such as red-legged frogs and northwestern salamanders, were detected almost exclusively in dammed sites.

“Beaver-dammed wetlands support more of the amphibian species that need a long time to develop in water as larvae before they are able to live on land as adults,” said Jonah Piovia-Scott, assistant professor in the School of Biological Sciences and one of the authors of the article.

Beavers, once abundant in the Pacific Northwest, were hunted nearly to extinction in the 19th century. But, in an effort to improve wildlife habitat and mitigate the effects of climate extremes, some land managers are relocating beavers into places they occupied in the past, and beavers’ numbers are slowly recovering, which is also benefiting amphibians, according to the study.

Red-legged frogs and northwestern salamanders are also the species most threatened by climate change, which is projected to bring drier summer conditions to streams and wetlands in the Cascade Range. By expanding existing ponds and increasing the time before they dry up, beaver dams are allowing such species more time to reproduce and develop.

“Beavers may be a key component of ecological resilience to climate change in these ecosystems,” Piovia-Scott said.