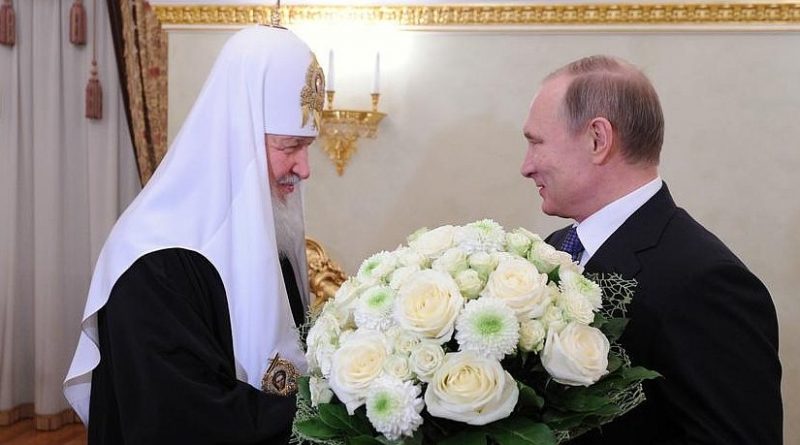 In his addresses on New Year’s, Eastern and Christmas, Vladimir Putin has devoted ever more space to matters of faith, reflecting the growing importance that religion plays in his vision of state construction and articulating a civic religion that leaves less space for the heads of traditional denominations, Andrey Melnikov says.

The editor of NG-Religii points out that in making his religious comments, Putin “always” ensures that they reflect “an inter-confessional balance” despite their very specific moral messages and the way those serve the development of the Russian Federation (ng.ru/faith/2021-01-07/100_rel070121_2.html).

But because his words do so, the religious affairs expert continues, the leadership of the Russian Orthodox Church which has prided itself as the chief articulator of such ideas in the past has seen its role in Russian public life decline. It can no longer aspire to be the ideological department of the Putin regime. It is only an appendage.

The most important aspect of this development is that Putin now speaks “in the role of the spiritual leader of the nation” as well as its political head.  He talks about ideas like miracles and the expectation of miracles while making clear that victory over the pandemic is all about “the mobilization of the possibilities of a powerful state.”

By speaking in this way, Melnikov argues, the Kremlin leader has reduced the ROC MP to the role of a supportive choir. Putin defines what is spiritual and thus makes “the idea of power the real sacred force,” not religious faith as such. In doing so, he is introducing new ideas about faith and power.

For example, this Christmas, he declared that God need not respond to prayer requests because “His love is manifested in the fact that He allows people to appeal to him.” That sounds very much like a projection on the divine of how Putin sees his own role and thus a justification for his form of rule.

Melnikov suggests this is part of a broader trend and suggests that Belarusian head Alyaksandr Lukashenka is following in Putin’s footsteps in his use and abuse of religion to serve the state, also elbowing out church hierarchies by offering himself as the chief interpreter of religious meaning for Belarusians.