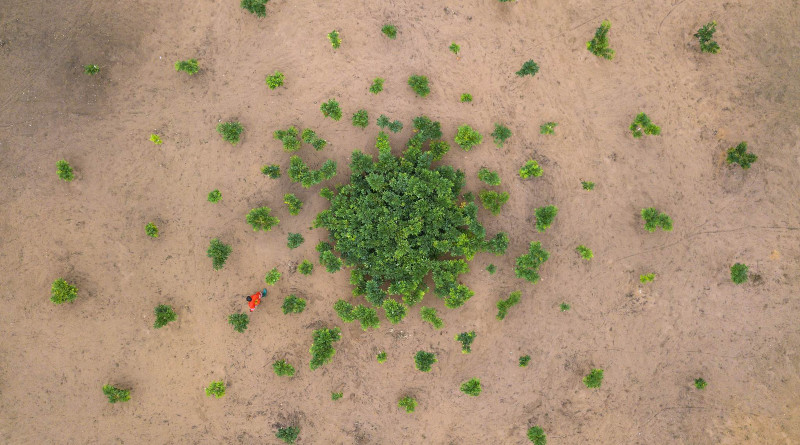 Reforestation programmes reduce annual river flow by 23 per cent after five years and 38 per cent after 25 years, with some rivers completely disappearing within a decade, a study says.

US president Donald Trump highlighted during his State of the Union address on 5 February that the US would support the Trillion Trees initiative, part of a slew of vast reforestation schemes aimed at fighting climate change by absorbing CO2 back into the atmosphere.

Yet according to researchers, their findings call for a need to consider water availability while planting trees to combat the impacts of climate change.

The study published in the Global Change Biology journallast month (19 January), identifies regions within Australia and South Africa as having the biggest percentage reductions in water availability.

“Previous research has suggested river flow recovery is possible over time where soils were very heavily degraded, and as forests mature, but we’ve shown this is unlikely to happen within the 50-year time scale of our study,” says Laura Bentley, study lead author and a plant scientist at the University of Cambridge Conservation Research Institute.

The amount of water reduction that happens, she tells SciDev.Net, is very context-dependent and varies across the world, particularly with how much forest is planted and where it is planted.

“The effect of the forest responds to the climate over time. In drier years, when there is less rainfall, forests actually have a smaller effect on river flow than they do in wet years,” Bentley explains. “This is likely because forests react to water scarcity by using less water themselves to help prevent drought stress.”

She adds that land use history also matters because forests that grow on agricultural land cause smaller changes in river flow than they do elsewhere.

“Farming can degrade soil quality over time, reducing its water permeability, and that forests can help undo this process, restoring river flow. In these cases, the additional water that enters soils may be offsetting the water use of the forests themselves,” Bentley tells SciDev.Net.

Researchers identified 43 studies on tree planting and annual river flows out of 567 unique data sources in the form of peer-reviewed journal articles, conference proceedings and book chapters from the Web of Science database after limiting the search to those published from 1900 to 4 January 2018.

The researchers estimated the influence of tree planting on annual river flows across the 43 studies by considering factors such as age of the forest, climate change, and land use history.

Reforestation, the process of replanting trees in areas that previously had them, Bentley tells SciDev.Net, plays an important role in tackling climate change but there is need to carefully consider places best suited for that because in some areas changes to water availability will totally change the local cost-benefits of tree-planting programmes.

Bentley explains: “Communities are particularly dependent on river flow for domestic water supplies, irrigation or industry, the consequences of forest growth for water supplies should be considered when deciding the ‘where, what and how’ of forest restoration schemes. Local circumstances and locally relevant evidence should be taken into account.”

Meine van Noordwijk, a researcher at the World Agroforestry Centre in Kenya, says that the findings of the study are in line with a global forest expert review of forest-water relations.

He explains that unlike smaller plants, trees are more likely to use more water for growth.

“We can agree with a warning against generic tree-planting campaigns, in favour of site-specific evaluation of pluses and minuses to be expected,” van Noordwijk tells SciDev.Net.