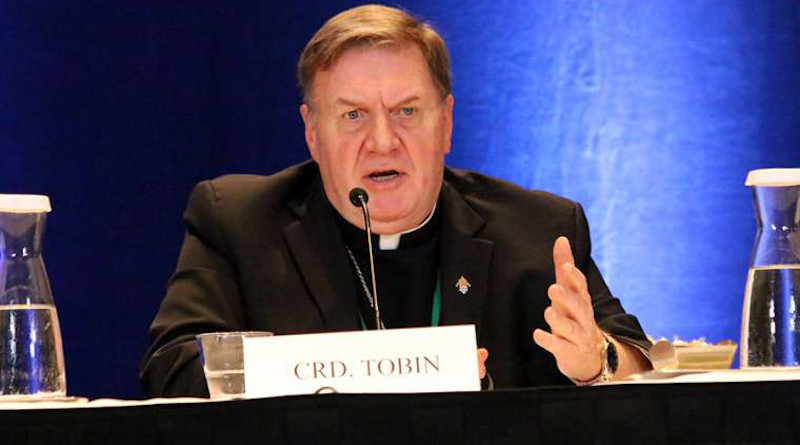 Cardinal Joseph Tobin of Newark has joined several U.S. bishops in asking President Donald Trump to commute the death sentence of a federal inmate scheduled to be executed on July 17. Exercising clemency, the cardinal told the president, can help “stem the tide of anger and revenge” in the country.

Cardinal Tobin sent a letter to Trump on Thursday asking for clemency for Dustin Honken, who was convicted of the murder of five people, including a single mother and her two daughters aged ten and six years old, in 2004.

“I have known Mr. Honken for seven years,” Cardinal Tobin said, noting that he visited Honken several times a year at the federal prison in Terre Haute, Indiana, while Archbishop of Indianapolis from 2012 to 2017.

“His present spiritual guide, Father Mark O’Keefe, OSB, confirms that the spiritual growth in faith and compassion, which I had witnessed in our meetings some years ago, continues to this day,” Tobin wrote.

Fr. O’Keefe, meanwhile, filed a motion to delay Honken’s execution at least until after the COVID-19 pandemic is controlled, so he could fulfill his “sacred religious duty to minister Mr. Honken at his execution” while not risking his own “life and health.”

Honken is one of four federal inmates scheduled to be executed in coming weeks, between July 13 and August 28.

The Justice Department last year announced that the federal bureau of prisons would resume executions for the first time since 2003, with five executions scheduled. Four of the death row inmates filed a complaint in court against the one-drug execution protocol, but the D.C. Circuit Court ruled against them in April and the Supreme Court denied their appeal on June 29, clearing the way for their executions to proceed. The fifth inmate, Wesley Ira Purkey, had his execution temporarily halted by the Seventh Circuit appeals court on July 2.

Honken committed his murders in Iowa, and the state’s four Catholic bishops sent a letter on July 1 to Trump, asking for his sentence to be commuted to life imprisonment without parole.

Tobin said on Thursday that Honken’s crimes are “heinous,” but that his execution “will do nothing to restore justice or heal those still burdened by these crimes.”

“Instead, his execution will reduce the government of the United States to the level of a murderer and serve to perpetuate a climate of violence which brutalizes our society in so many ways,” Tobin wrote, noting that the use of the death penalty makes the United States an “outlier” in the world.

“If his death sentence is commuted, Mr. Honken expects to spend his remaining days in prison,” Tobin wrote.

“By commuting this death sentence, you would help stem the tide of anger and revenge that threatens our country,” he told the president.