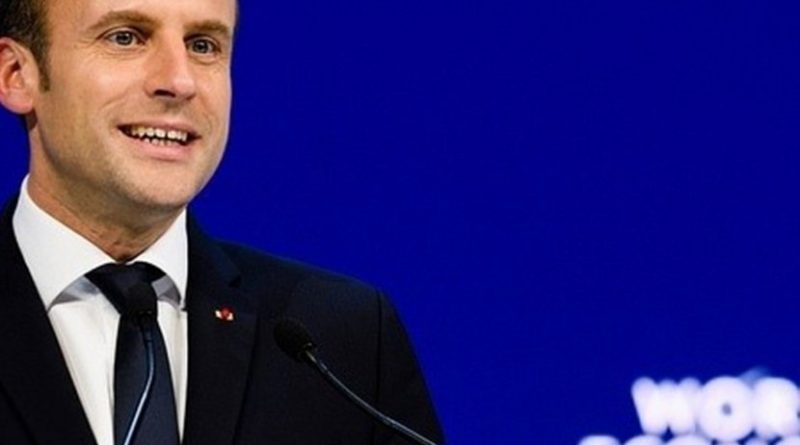 At last, what France expected to happen has taken place and the country has entered the Syrian soil through Russia’s help. This entry was totally different from France’s military deployment to Syria. A total of 44 tonnes of humanitarian aid from France’s Châteauroux was sent to Russia’s Hmeimim air base in eastern Syria. The aid transfer was done through the help of the Russian army and in the name of France in Syria’s Eastern Ghouta. Paris has also appointed its former ambassador to Iran, François Sénémaud, as its special envoy to Syria. This development can be taken as good news, because it shows that France’s approach to the West Asia region, especially the Syria crisis, has changed to a new approach based on collective wisdom and the country is trying to cooperate with those actors who really seek peace and stability in the region.

Since his election, French President Emmanuel Macron has shown through his behavior that he is aware of international responsibility of third countries in international conflicts and crises. He has been also truly following up on trends that lead to peace and stability, believing that mediator countries are honest in the role they play. It would be noteworthy to point out a paragraph from France’s 2017 Defense and National Security Strategic Review, which has specified that none of the cases related to West Asia, could be resolved without Russia, Iran and Turkey playing their parts. This viewpoint raises hope that France is to recognize the role of regional countries and their sense of responsibility while understanding their national interests and security.

With this hope-inspiring approach, Paris should not reach the conclusion that in the event of Iran’s presence in Syria, the Arab country, as some parties in France claim, would be divided. Iran is the sole country in an ideology-based region, which has specialists that know these ideologies and prevent them from leaning toward extremism. In a region where the “idea” of taking revenge on the Western system and countries has always incited jihadist groups to infiltrate even a country like France, Iran, which has good knowledge of these groups, has been able through years of tumult in the West Asia region to remain as a unique island of stability.

Perhaps understanding the security and stability of Iran is not more important for any country than Macron’s France, whose ideal is to preserve pillars of the European Union. Iran is a country located at the crossroads of crises, but acting like a buffer zone, it has prevented many of those crises from reaching Europe. The threat of Daesh may seem to many people to have ended, but we know that this region can once against turn into a breeding ground for radical ideas through obstructionist efforts of Israel and due to Trump’s support for this actor, without consulting his other allies like Europe and Saudi Arabia.

For France, which is grappling with domestic economic problems, sending the recent humanitarian aid has been very generous. Also for a France, which is concerned about emerging gaps in the European Union, getting close to Russia without a counterweight can trigger divergence between the Eastern Europe and the European Union and cast doubt on France’s leadership role within this union. Therefore, Macron’s masterly policy will be to create a skillful balance by giving apparently equal weights to Russia, Iran and Turkey. In practice, it must make sure that Iran will remain a real partner for France in West Asia and will help France in the reconstruction of Syria and return of Syrian refugees to their country.

A cursory glance at Iran’s history, even during the past 40 years, will show to what extent people of this country respect different cultures and attract different ways of thinking. For Iran, what has remained in the aftermath of Washington’s withdrawal from the nuclear deal, known as the Joint Comprehensive Plan of Action (JCPOA), is the huge asset of its people in which a young and educated class looks for “start-up” and new ideas and is intellectual. Viewpoints of these people can be traced in all the efforts made for development across the world and also in all successful global companies. Therefore, now that Iran has been able to play a special role in the fight against Daesh, it will be undoubtedly able to take part in creating peace and stability by banking on its past experience of “reconstruction jihad.” It would be a mistake to ignore this potential. However, before being able to create that skillful balance in Syria and be in contact with all main actors, it must answer two important questions. Firstly, how and through what tools is it possible to determine the “sphere of influence” of a country in a region where countries have not been able to build an alliance like the European Union and have not been able to deal with neighborhood threats? How can this be done at a time that one country is besieged by threats and crises in its neighboring countries and has to sacrifice its youths to defend its regional allies? This issue would be as if someone asked why French forces are present in Germany or why Spanish forces are providing military training to Hungarian forces.

The second question is: how the region can criticize Iran’s missile program, which is an extension of the country’s security deterrent and national defense programs, taking into account that it was the West, which sold chemical weapons to Saddam in Iraq, and even now, the most advanced Western arms are stockpiled in Israeli and Saudi Arabian arsenals and various European and American weapons are available to various regional actors,?

Therefore, if France really seeks establishment of peace and stability in West Asia, and even if it looks for economic benefits through stability in the region, it must first pay attention to conditions that currently prevail in the West Asia region. They include lack of regional consensus; absence of a mechanism like the European Union in this region; the gap between nations and states, especially in Arab countries; emergence of vengeful ideas about the West, which give birth to extremism; prevalence of the use of force and money instead of negotiations and diplomacy, and so forth. These issues have all led to negative militarism in West Asia, while it is possible that the same amount of arms and military programs exist in Europe, but their countries have overcome internal conflicts.

To prove his foreign policy, Macron must first define and “Iranian policy.” This will be followed with major achievements for him. Visiting Iran by Macron will become a historical turning point in our time in which both countries have to achieve a correct understanding of their national interests. There is no doubt that saying no to anti-Iran sanctions will be beneficial to both countries.

These views represent those of the author and are not necessarily Iran Review’s viewpoints.

‘This Has Happened: An Italian Family In Auschwitz’ – Book Review

In a haunting memoir, Piera Sonnino has narrated her devastating experience as a twenty-two-year Italian Jewish woman. She lost her