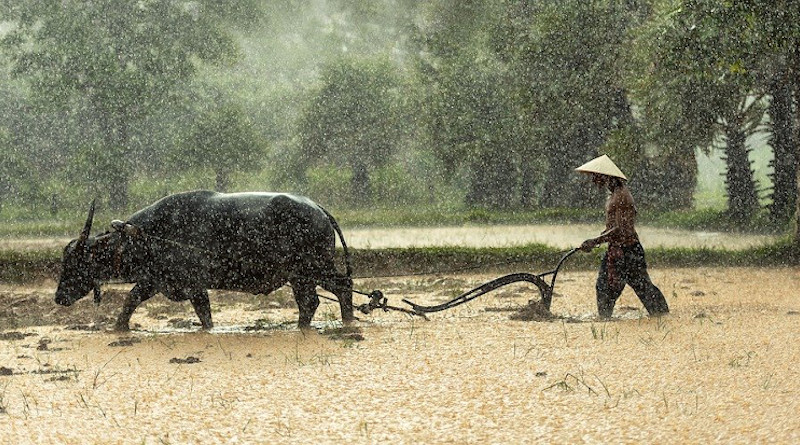 Members of the Consultative Group on International Agricultural Research (CGIAR) and indigenous peoples’ knowledge are complementing each other in increasing agricultural productivity in developed and developing countries. This is according to the “Integrating Two Systems of Innovation”, a 1994 study by the Rural Advancement Foundation International (RAFI) commissioned by the United Nations Development Program (UNDP).

Genes from the fields of developing countries for only 15 crops contribute more than 50 million US dollars in annual sales in the United States alone. RAFI estimates that that the contribution of International Agricultural Research Centers (IARCs)-held germplasm to developed country crop production is at least 5,000 million US dollars per annum, almost all of these germplasm has been collected in developing countries.

It is of course difficult to quantify the intellectual contribution of farmers and indigenous communities to industrialized countries. Most gene bank directors acknowledge that the contribution of local peoples’ varieties is considerable.A great deal of the most commercially usable material flowing northward passes through IARCs either directly from their gene banks or as improved material for field trials.

Four Crops from Developing Nations Greatly Contribute to the North

Wheat from CIMJMYT or International Maize and Wheat Improvement Centerin Mexico, RAFI said contributes 2,700 million US dollars in crop production in industrialized countries. This calculation is based on three studies which estimate the value of developing countries’ contributions to wheat germplasm to industrialized countries United States, Italy, Australia and New Zealand. Together, these four countries account for 16 percent of annual wheat produce worldwide, RAFI said.

Rice, according to RAFI is mainly the business of the International Rice Research Institute (IRRI) in the Philippines amounts to some 655 million US dollars per year contribution to rice production of developed countries. A 22f old return on Northern countries investment, RAFI added.

In the case of maize or corn, only a small proportion of developed country maize is based on tropical gemplasm but US companies have increased their use of tropical maize material. CIMMYT is considering returning to the development of hybrid maize varieties but this segment of CIMMYT’s work might be privatized to effectively work with entrerpreneurial seed merchants in the South with high tech biotech enterprises in industrialized countries.

The impact of such move on indigenous farming communities is uncertain. This causes concern that poor farmers might not have resources to access hybrid maize lines on a regular basis and that an important public sector source of innovation might close, RAFI elaborated.

Both international agricultural research centers and indigenous communities take pride in their contribution to global agriculture. The problem is not that industrialized countries benefit from these centers but that the commercial value of developing country seed varieties and germplasm is not acknowledged and compensated for.

This situation is made worse when industrialized countries patent material wholly or partially derived from farmers’ varieties. As private companies into developing countries’ seed markets, indigenous farmers are finding themselves paying for the product of their own genius.

One of the most egregious example of is when the British-based Agriculture Genetics Company applied for a patent for the Cowpea Tripsin Inhibitor gene extracted from a cowpea in Nigeria obtained from the International Institute for Tropical Agriculture or IITA. The initial institutional discovery and work was done by IITA but the patent was applied for by the British company. The gene, estimated to value millions of US dollars, was subsequently licensed to private breeding and biotech companies. Western African governments felt that the ownership of the discovery should be to African farmers and governments.

This is of course an oversimplification. If 70 percent of Asia’s paddy lands were not in IRRI varieties, they would be in farmers and national varieties. Farmers’ varieties may not all be high-yielding but tend to be more resistant to most pests and diseases, resilient to climate change, more nutritious and tasty and adapted to local conditions.