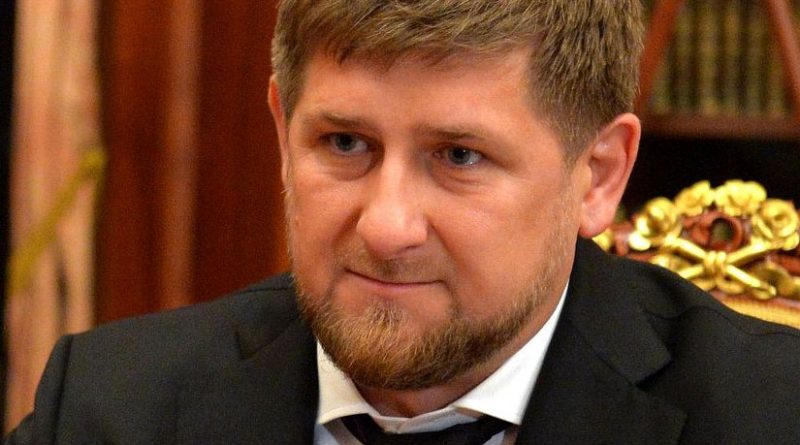 I always thought that in any army of the world one can only acquire the rank of an officer after completing a military university – or at least a couple of courses. And the promotion to the next ranks comes after being in active duty and in a specific position. I will admit that it turns out I was wrong. This is the procedure in all of the armed forces of the world, except Russia.

Why do I say this? I recently read an article on the news website Delfi that Russian President Vladimir Putin had awarded leader of Chechnya Ramzan Kadyrov the rank of major general.1 It was Kadyrov who informed everyone about the fact in his social media. The first news about Kadyrov becoming a major general came on 23 July. Initially, I though it was some sort of a joke – knowing what education Kadyrov has acquired (formally), I thought I must have missed something. So, I began researching, and in the official website of the Chechen government there was not a single world about Kadyrov having finished any military schools or even courses.2 Even more – there wasn’t any information about Kadyrov being in active duty, of course, if the post of the president isn’t considered the same.

Then I found out that the Kremlin has already commented on this. Putin’s press secretary said that in case of necessity Kadyrov coordinates the work of power structures, including the National Guard, and counterterrorism forces. Kadyrov has done this numerous times and with great effectivity.3

Does this mean that in Russia the chain of command is so loose that anyone can be the commander? Absolutely anyone? You have to agree that this sounds like an utter mess initiated by the higher command. Are the people in Russia’s power structures so illiterate that they are under a commander without a military education or any sort of higher education at all? Some observers might disagree, saying that Kadyrov has combat experience. Yes, he does and it was acquired while fighting the Russian army. Does this mean that a butcher who is skilled and knows how to cut meat can also be a surgeon and do the same with people?

Retired FSB general Aleksandr Mikhailov gave his opinion on this: “It is nothing unexpected. Recertification has taken place, because Kadyrov already had the rank of police general.” This means that Kadyrov will switch from being subordinate to the Ministry of Interior to being subordinate to the National Guard. Mikhailov said that military ranks are an honor in the Caucasus, adding that the only thing Kadyrov will get from the promotion is an honor.4 This makes everything much clearer. First, I didn’t know that Kadyrov was serving in the Ministry of Interior and that he already has an active military rank. Second, military ranks are awarded without the requirement of being in an appropriate post or – as I already said – having an appropriate education. This is looking more and more like a military junta.

Interestingly, Putin has already awarded Kadyrov with the title Hero of the Russian Federation. As later explained by Putin himself, Kadyrov had earned this title because he is still subject to danger in his everyday life and that he also participates in different combat operations.5 Has the circus arrived? According to Putin, Kadyrov who is a leader of a republic takes part in combat operations! Am I the only one who thinks that there is something wrong with the system if the president is forced to participate in combat? Also, if the title Hero of the Russian Federation is awarded to persons who are subject to danger in their everyday lives, then the entirety of Russia is filled with such heroes. And if the criteria for receiving the award include being threatened and participating in combat operations, it wouldn’t be a surprise if Putin had awarded the title to Osama bin Laden as well.

What do Russian laws say regarding military ranks? Service in the National Guard is seen as military service, this means that the procedure is laid down in the 16 September 1999 presidential decree No. 1237 “Military service procedure”.7 The decree stipulates that an active duty soldier is promoted to a new military rank is his position requires it. There are also specific periods one is required to serve – in an according position – in order to receive a promotion. This means that Putin has violated the decree is all of the imaginable ways. Russian laws forbid people who are not in active duty from receiving a rank promotion.

It looks like the president of Russia is the one who violates the law the most. Military ranks and awards are given to anyone, without regard for decrees and laws issued by the president himself.

What does Kadyrov have to say about all of this? “I have always said this and I will repeat – I am our president’s most trusted infantryman who is ready to carry out his most difficult orders on any continent of the world.”8 We can at least agree on one thing – Kadyrov is nothing more than a simple infantryman. So, what is he doing among presidents and officers?

A natural question comes to mind – if we know that military ranks and awards were given to Kadyrov without regard for the law, maybe he became president in the exact same way?

Home » Putin Ignores His Own Orders: What Is Infantryman Kadyrov Doing Among Presidents And Officers – OpEd