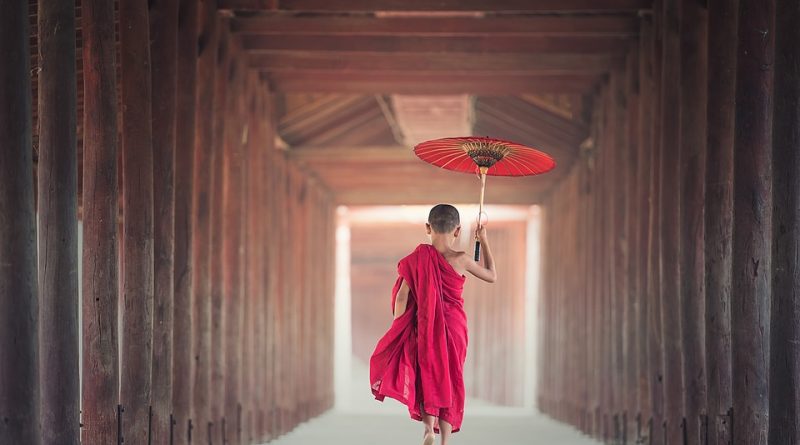 The most important event this month has been the surprising attacks by the three members of the Northern Alliance- the TNLA, MNDAA and the AA on infra structure and Army’s check posts in areas close to the Chinese border.  More audacious was the attack by the three “brotherhood group” in the Mandalay region targeting the “Defence Services Technology Academy” that is said to have exposed the gaps in the high security zones of the Army. China openly intervened to bring the two sides together, though it is openly said that China is a part of the problem and not the solution!

Despite objections from the Army Representatives, the NLD Government accepted the amendment proposals of the Parliament Amendment Committee and is moving ahead to draft the amendment bill, though the fate of the bill is already known with the Army objecting to the amendments totally as against the procedures in the Constitution.

With Myanmar being strategically located, it is seen that besides China, Japan is also proceeding to build east west corridors to connect Vietnam to Myanmar and with India under look east policy is developing a multi modal transport initiative to connect Mizoram with Sittwe.

First the offensive by the Northern Alliance:  While the unilateral ceasefire declared by the Army was still in force (till 31st August) the TNLA, the MNDAA who are both close to China and the Arakan Army (AA) launched a joint offensive on the evening of 8th August by attacking the Headquarters of the Myanmar’s 29th Infantry Battalion Hqrs. in northern Shan State in Muse district- Kutkai township.

This was followed by a major attack on the Police Check posts, areas around Pyin Oo Kwin near Mandalay region and also in the Naung Cho township in Shan state. The Army’s Defence Services Technology Academy was also attacked in a daring raid and many bridges were destroyed on the the road near Muse on the China border thus disrupting the most important border trade route between Yunnan and Myanmar for over ten days!

It was at this stage that Chinese got alarmed and called the leaders of the three groups who could take decisions on 20th August to meet Sun Guoxiang. Sun made it clear to the groups that the fighting by the three EAOs was unacceptable to China.  Yet fighting continued on 21st also and the insurgents destroyed bridges, disturbed public transport and disrupted border trade.  A large number of Myanmar soldiers were killed in the attacks and over 5000 civilians were also displaced.

Same time, on 22nd the Chinese Ambassador Chen Hai met the Myanmar Army Chief and assured him on three issues.  One- China does not accept international pressure in Myanmar on Rohingyas and Human rights.  Two:  Strongly condemned the violent attacks by the Northern Alliance groups in the Northern Shan State, and the attack on Mandalay garrison town of Pyo Oo Kwin and 3.  Would continue to support Myanmar’s peace proposals and to encourage peace dialogue between the groups and the Government.

As a result of Chinese prodding Representatives of the three groups met the Government Peace Commission led by Vice Chairman U Thein Zaw on 31st August at Kengtung and another meeting was fixed for September 16 and 17th September probably at Kengtung itself.  The official communique in the first meeting said- “Matters relating stopping the ongoing armed engagement were discussed in order to sign a bilateral cease fire agreement and then nation-wide cease fire agreement.  Matters relating to deployment of forces, rules and procedures to prevent outbreak of fighting were agreed to.

Significantly, there was no discussion on the intensive fighting going on with the Arakan Army in the northern Rakhine State and the ceasefire ending on 31st August likely to be extended until 17th September and beyond does not cover the Arakan Army area.    As if, in an act of vengeance, on 23rd August, the Army used Helicopter Gunships (firing hell fire missiles) and artillery on Arakan Army positions in Northern Rakhine.

There was no commitment by the northern alliance to sign the cease fire agreement but only a willingness to reduce the scale of fighting!

There is a view that China is playing a “double game” in supporting and arming the armed groups on one hand and at the same time assuring the Myanmar Army and the Myanmar Government that China fully supports the peace process to bring about stability to the border.

It is said that the rebel groups used old Chinese bombs and weapons which did not function so well.  It is also said that the Wa group under whose leadership the northern alliance works, manufactures its own weapons and had supplied the arms to the three groups.  Wa is totally under the control of the Chinese.

It should be understood that the spectacular attack on 15th of August was not  a spontaneous one.  The three groups must have planned it for quite some time to take the Myanmar Army by surprise, but could it be that they took the Chinese also by surprise?  It is very doubtful?

It therefore looks that China allows the two groups particularly the TNLA and the MNDAA that operate near its border to put pressure on the Myanmar Army to keep the border unsettled but at the same time ensure that the fighting does not go out of hand.  In the instant case, the three groups of the Northern Alliance did make a serious impact on the trade route and transport between Yunnan and Myanmar and therefore China had to intervene openly and seriously asking the groups to stop fighting!

Rohingya Issue has a setback:

Following the visit of the Foreign Ministry Delegation of Myanmar to the refugee camps in July 27/28, Bangladesh Government cleared a list of 3500 refugees to be repatriated and had positioned 5 Buses and 10 Trucks to start repatriation on 22nd August.  But their efforts fell flat as none of the refugees turned up at the site to move to Myanmar.

On the other hand, the refugees demanded that they need a real guarantee of citizenship, security and promise to take them to their original homelands before being repatriated.

It looks that the Rohingyan refugees have been fully unionized and are now controlled by outside elements and a few radical elements within the camps.  The law and order situation has since deteriorated to such an extent that Bangladesh Government had to cut off internet facilities in the camps.  Bangladesh Government has now a real problem on hand thanks to outside interference of the NGOs!

On 9th August, the Parliament approved the Charter of amendments that included nearly 4000 recommendations.  Over 401 members supported the move while 197 that included all the army representatives and the USDP members opposed it.  This voting will give the Committee the green light  to take the next step of drafting the amendment bill of the Constitution.

In the Parliamentary debate that ensued the Army Representatives (all the senior officers in unison) objected to the bill.  They said “We have objected to the formation of the Committee and its procedures as these breached the Constitution.  We are not objecting to the amendments (not true but not expressed now) but the Committee is against the law.

It is well known that with the 2008 Constitution in place no amendment can take place without an endorsement from the Army.  But Suu Kyi in her wisdom and with an eye on the next election n 2020 has to show that she did “seriously” try for amendments and hence the rapid move to draft the amendments which are sure to be rejected by the Army who with 25 percent representation will not allow any loosening of its grip in governance!