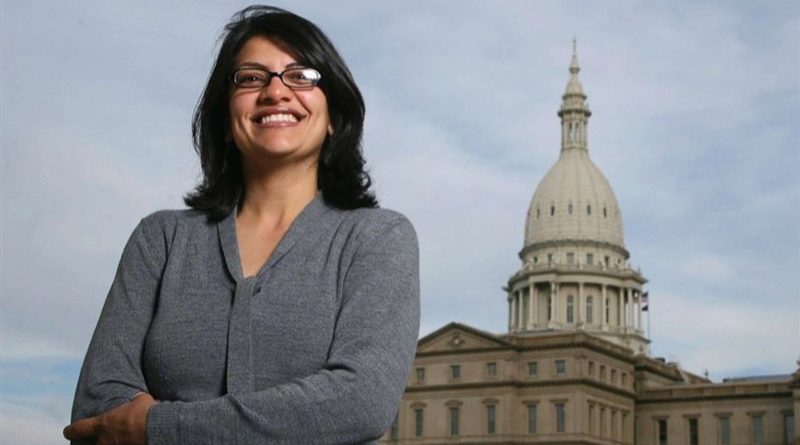 The perception of Arab Americans’ involvement in politics is not reflected in the reality when it comes to congressional districts in the US, according to a recent analysis by the New York Times. It lists the 25 districts with the largest Arab populations, the vast majority of which are represented by non-Arabs.

Sometimes, Arab and Muslim American voters face a dilemma. Should they support an Arab or Muslim candidate who has no real chance of winning or should they support a non-Arab or non-Muslim who stands a chance of winning and being their voice in Congress? Arab Americans must weigh their interests against their egos. Having a voice in a congressional district often means we must forgo the Arab candidate.

That was the choice Arab American voters faced in March’s Democratic primary election in the 3rd congressional district in Illinois, which ranks eighth in the 25 districts identified by the New York Times analysis. It had been represented since 2005 by Dan Lipinski, who regularly marginalized Arab American concerns. The more progressive Marie Newman, who works closely with the Arab American community, came close to unseating Lipinski two years ago.

In March’s rematch, Newman won despite the fact that a Palestinian American candidate, Rush Darwish, also threw his hat into the ring. Darwish, who raised more than $500,000 in campaign funds from the Arab community, embarrassingly received only 5.7 percent of the 110,000 votes cast. Newman, whose campaign manager is a Palestinian American, Shadin Maali, triumphed with a near-3 percent margin over Lipinski, a Chicago machine stalwart. She will face little-known Republican Mike Fricilone in the Nov. 3 general election. With the district being overwhelmingly Democratic, Fricilone’s chances are slim.

Newman’s election is a reminder that issues and policy are more important than personalities and even ethnicity.

The New York Times list of 25 congressional districts with the largest Arab and Iranian populations surprisingly only includes the districts of two of the nine Arab Americans who currently serve in Congress.

If Arab Americans want to empower their political voices, especially on foreign policy issues like Palestine, they need to be smarter and make decisions based on facts, not emotions or egos. That means engaging actively with the incumbents in these districts and setting aside cultural selfishness. The fact there are only nine Arab Americans among the 435 current members of the House of Representatives underscores that need.

We tend to focus on two of those Arabs in particular — Reps. Rashida Tlaib and Ilhan Omar, both Democrats — because they scream the loudest when it comes to Palestine. In reality, Tlaib, Omar and their partners in “The Squad” — Alexandria Ocasio-Cortez and Ayanna Pressley — only represent a small segment of Arab American voices.

Tlaib and Omar are the only two of the nine Arab American congressmen and women whose districts are on the New York Times list. The other 23 districts are all represented by non-Arabs and non-Muslims.

The other seven Arab American representatives barely focus on populist Arab issues like Palestine. Six of them are Lebanese Americans, of which three (Ralph Abraham, Garret Graves and Darin LaHood) are Republicans and three (Charlie Crist, Debbie Mucarsel-Powell and Donna Shalala) are Democrats. How distant are their views? LaHood and his father, who held the seat previously, have been leading supporters of Israel. Last year, LaHood led the charge in attempts to punish Americans who support the Boycott, Divestment and Sanctions movement, falsely linking it to “anti-Semitism.”

The final Arab congressman is a Palestinian Christian, Rep. Justin Amash. He has remained distant from foreign policy concerns and this year decided to retire when his current term ends as he could no longer support President Donald Trump. He was the only Republican member of the House to vote in favor of both articles of impeachment against Trump. However, this was not because Amash, who has since joined the Libertarian Party, disagreed with Trump’s Middle East policies.

Arab American activists insist on telling us that Palestine is the cornerstone of the community’s political activism, yet their activism has been a failure. In reviewing the New York Times list, it is clear that being Arab American, or Muslim, has nothing to do with who will represent Arab Americans or Muslims in Congress. Obviously, Arab Americans should run for office when they can raise the necessary funds and rally enough support. But, if they can’t win, should our loyalty be to them or to empowering our community through partnership with those who can win?

Arab Americans need better leaders. We need to focus on those 25 districts where Arab Americans and Muslims can maximize their voter strength by supporting winners, and on 30 other districts that the Arab American Institute (AAI) identifies as having significant numbers of Arab American and Muslim voters. That way, issues such as support for Palestine can be given greater prominence in Congress.