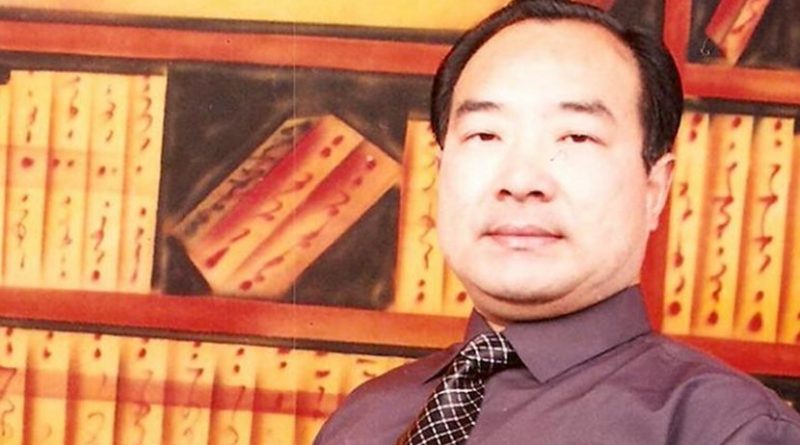 Reporters Without Borders (RSF) said it is saddened to learn that the dissident Chinese writer and blogger Yang Tongyan died this week as a result of inadequate medical care while imprisoned for nearly 12 years by the Chinese state, suffering the same fate as Nobel peace laureate Liu Xiaobo.

Aged 56, Yang Tongyan died on 7 November after being “released on medical grounds” in August from Nanjing prison in the southeastern province of Jiangsu and undergoing an operation to remove a brain tumour.

A well-know member of the pro-democracy opposition who wrote under the pen name of Yang Tianshui, he had almost completed a 12-year sentence for “subversion” at the time of his release.

In 2008, Yang was awarded the “Freedom to Write” prize by PEN America, a New York-based association that defends free speech. He was himself a member of the Independent Chinese Pen Centre. He received the 12-year jail sentence in 2006 after posting articles online in support of democratic change in China. He had previously been held for 10 years because of his political views.

He suffered many chronic illnesses without receiving the necessary treatment during a total of 22 years in prison. His death comes just four months after Liu Xiaobo, a Nobel Peace laureate and RSF Press Freedom Prize winner, died in similar circumstances.

Embarrassingly for President Xi Jinping, Yang’s death coincided with US President Donald Trump’s arrival on his first visit to China. The US government had called for Liu’s release prior to his death.

“As with Liu Xiaobo, Yang Tongyan’s death has all the hallmarks of murder by lack of medical care, for which the Chinese state is entirely responsible,” said Cédric Alviani, the head of RSF’s East Asia bureau. “For reasons of discretion, the Chinese government no longer sentences its opponents to death, but it knowingly lets their health deteriorate in prison, which comes to the same thing.”

The mother of Huang Qi, a journalist who was awarded the RSF Press Freedom Prize in 2004, issued an appeal for help last July, when she feared that the authorities were going to let her son die in prison.

Gao Yu, 73, a famous journalist who was awarded the Plume d’Or de la Liberté in 1995 and UNESCO’s Guillermo Cano World Press Freedom Prize in 1997, is currently under house arrest and is being denied permission to travel abroad for the medical care she needs.

The health of the Hu Jia, a blogger who was awarded the RSF Press Freedom Prize in 2007 and the Sakharov Prize in 2008, has been ruined by five years in Chinese prisons.

The international community also fears for the life of Liu Xia, an artist suffering from heart problems and depression who has been under house arrest for the past decade for the sole reason that she was Liu Xiaobo’s wife. PEN America and more than 50 leading writers and artists published an open letter to President Xi last week calling for her release.

One of the world’s biggest prisons for journalists and human rights activists, China is ranked 176th out of 180 countries in RSF’s 2017 World Press Freedom Index.