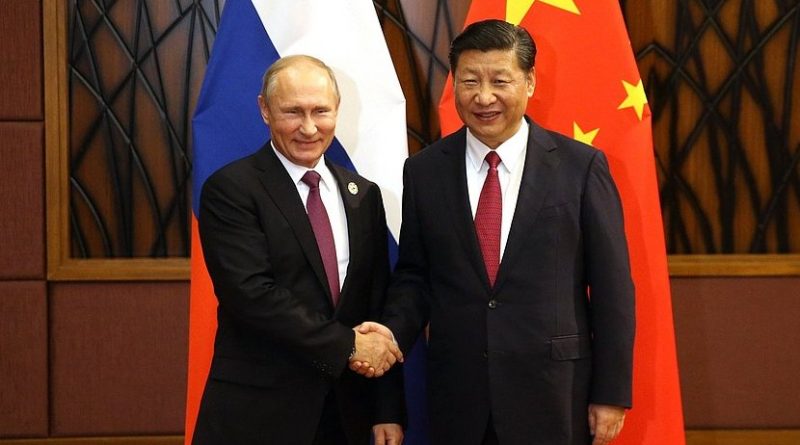 Russia’s President Vladimir Putin met with President of the People’s Republic of China Xi Jinping on the sidelines of the APEC Economic Leaders’ Meeting in Danang.

Following is a readout of that meeting, as released by the Kremlin.

President of the People’s Republic of China Xi Jinping (retranslated):

Most recently, we spoke over the phone. You congratulated me on the successful holding of the 19th Congress of the Communist Party of China and my re-election to the post of its General Secretary. Once again, thank you.

This is the fifth time we have met this year, and we are steering China-Russia relations along the path of healthy and sustainable development. Great development results are there for everyone to see. Both our countries strongly support each other in protecting the key interests of our countries, and political mutual trust is getting stronger. We have a truly trust-based strategic partnership, and our practical cooperation brings new records.

The substantial part of talks on concluding an agreement on trade and economic cooperation between China and the EAEU has been completed. There are important results on harmonising the One Belt and One Road initiative with the EAEU. We can already count on trade exceeding $80 billion.

We have achieved notable successes in implementing major projects, such as building a gas pipeline along the Eastern route, developing a heavy helicopter, and maintaining comprehensive cooperation in the nuclear sphere.

The years of media exchanges have come to a successful end, and our cultural ties are intensifying.

Success in international affairs demonstrates our responsibility as global powers, demonstrates a new type of international relations based on mutual respect, justice, and cooperation. There comes a new era of China-specific socialism.

In the coming years, together with our Russian partners, we will, shoulder to shoulder, steadily develop our relations at a high level, to contribute more effectively to the security and development of both countries, and to ensure more reliably peace in the world and the region.

My friend, President of the People’s Republic of China, comrade Xi Jinping,

I would like to congratulate you, this time in person, on the successful holding of the 19th Congress of the Communist Party and your election to the post of General Secretary of the Central Committee. The results of the congress confirmed not only your high standing, but also the wide support of the Chinese people for your policy.

With regard to Russia, strategic comprehensive interaction between Russia and China remains our foreign policy priority.

China is our largest trade and economic partner. Your visit to Moscow this summer was an event of key importance. Our efforts were not in vain. Trade grew by more than 35 percent. All this is good news.

You mentioned a number of major projects in various spheres. We will work hard on them, and look for new areas of cooperation. I am confident we will identify and implement them.

I am very pleased to have this opportunity to meet with you on the sidelines of the APEC Economic Leaders’ Meeting.