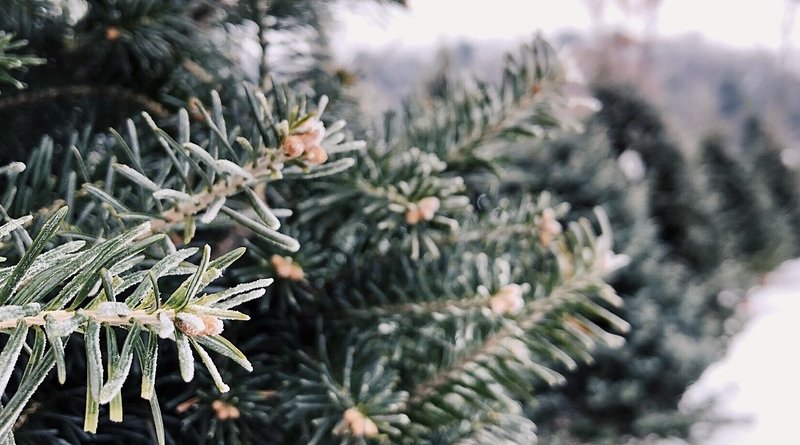 Grown as Christmas trees, Fraser firs are highly prized for their rich color and pleasant scent as well as their ability to hold their needles. Unfortunately, they are also highly susceptible to devastating root rot diseases caused by water molds in the genus Phytophthora.

Scientists in Connecticut were conducting experiments testing various methods to grow healthier Fraser trees when they accidentally discovered a new species of Phytophthora. They collected the diseased plants, isolated and grew the pathogen on artificial media, then inoculated it into healthy plants before re-isolating it to prove its pathogenicity.

“Once the organism was isolated, the presence of unusually thick spore walls alerted us that this may not be a commonly encountered species,” said Rich Cowles, a scientist at the Connecticut Agricultural Experiment Station involved with this study, “and so comparison of several genes’ sequences with known Phytophthora species was used to discover how our unknown was related to other, previously described species.” In fact, they had discovered a new species altogether.

The fact that these scientists so readily discovered a new species of Phytophthora infecting Christmas trees suggests that there could be many more species waiting to be discovered. Recognizing the greater biodiversity among this genus infecting Christmas trees is important. Transportation of infected nursery stock and chance encounters of different Phytophthora species in the field can lead to new hybrids arising, which can have different pathogenic characteristics than their parent species.

“Knowing how many and which species are present is important, not only for Christmas tree growers, but also for protecting our natural environment,” Cowles adds.

Also of note, this research was conducted using apples to do the initial isolation of Phytophthora, a method that dates back to 1931, demonstrating that old methods in plant pathology are still valid and useful. “Combining this robust old technique worked well with modern molecular biology methods to isolate, and then identify our unknown plant disease,” according to Cowles.