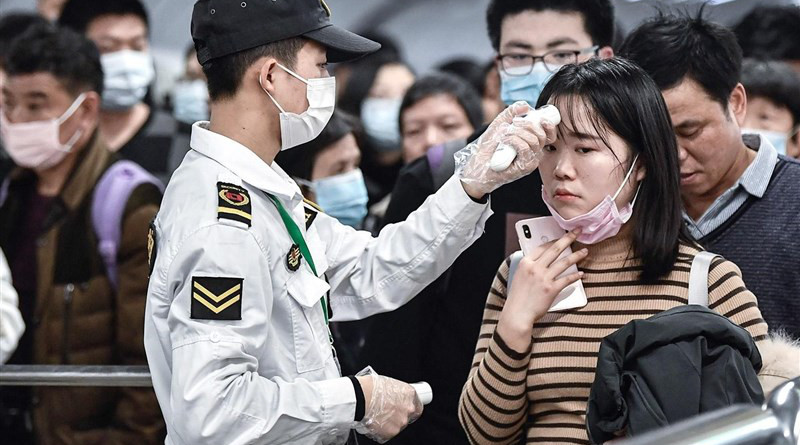 The World Health Organization determined Wednesday that the fast-spreading coronavirus outbreak is now a pandemic and warned that the worst is likely yet to come.

“In the past two weeks, the number of of COVID-19 infections outside China has increased 13-fold, and the number of affected countries has tripled,” WHO chief Tedros Adhanom Ghebreyesus said Wednesday.

Governments around the world are trying to take steps to address the ever-changing outbreak of the new coronavirus, which, since December, has infected more than 118,000 people and killed about 4,300 in 114 countries.

Tedros said his organization has “rung the alarm bell loud and clear,” and that countries “can still change the course of this pandemic.”

He said 90% of all coronavirus cases are limited to only four countries, and that two of them, China and South Korea, “have significantly declining epidemics.”

While the increase represents a sustained decline from the height of the outbreak in China, the country where the government puts cities on lockdown to prevent inter-community spread is now dealing with an increase in the number of cases arriving from other nations.

That prompted officials in Beijing to order anyone arriving to go into a 14-day quarantine.

Italy has followed China’s playbook after becoming a secondary center of the outbreak with more than 10,000 reported cases so far and cases in numerous other countries linked to people who traveled from Italy.  Italians were under a second day of a nationwide lockdown Wednesday with people only able to move around for urgent health and work reasons.

The coronavirus threat prompted German Chancellor Angela Merkel to warn Wednesday that up to 70-percent of Germany’s population could eventually be infected if current conditions continue. Nearly 1,300 people have been infected so far in Germany and two others have died.

Officials in the United States are showing increased concern as the number of cases there surpassed 1,000.

When asked at a congressional hearing Wednesday if the worst of the outbreak has yet to materialize, U.S. National Institute of Allergy and Infectious Diseases Director Anthony Fauci responded, “I can say we will see more cases and things will get worse than they are right now.”

There are pockets of outbreaks in the western state of Washington, where the governor is expected to announce a ban on gatherings of more than 250 people, and across the country in New York where that state’s governor is instituting an isolation zone around a community with more than 100 reported cases.

The U.S. Treasury Department is reportedly considering an extension to the April 15 tax filing deadline, as part of a broader proposed government plan to provide financial relief to taxpayers and businesses.

Most people who contract the new coronavirus experience mild or moderate symptoms, but some, mainly older people and those with existing health problems, are at risk for more serious illness.

The World Health Organization recommends people wash their hands, avoid touching their face, maintain distance from anyone who is coughing or sneezing, and stay home if they feel ill.

Recommendations to avoid large gatherings of people have led to numerous event cancellations around the globe.

Pope Francis gave a live-streamed mass from inside the Vatican on Wednesday, and the Vatican’s representative in East Timor said the pope would not be making an expected trip there later this year.

A Premier League match between British football clubs Manchester City and Arsenal set for Wednesday night was postponed after several Arsenal players and staff members went into self-quarantine linked to contact with the owner of another club who tested positive for the virus.

In the United States, organizers of the Coachella music festival moved the April event to October.  And a Sunday debate between Democratic presidential candidates Joe Biden and Bernie Sanders will go on without anyone in attendance.