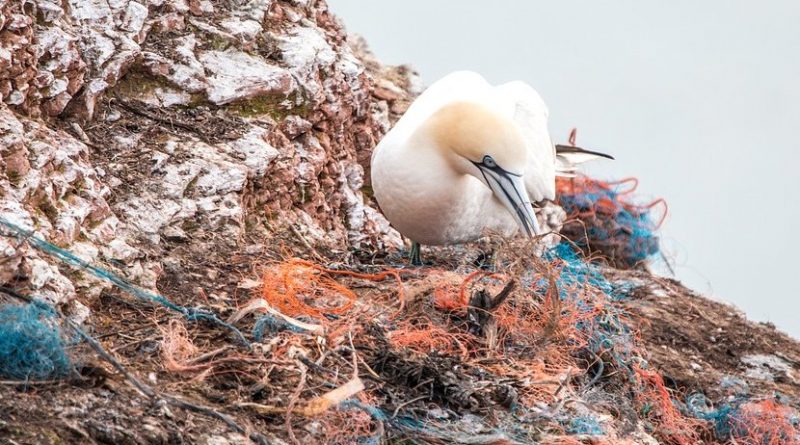 By Julius Trajano and Lina Gong(

ASEAN recently adopted the Bangkok Declaration on Combating Marine Debris. At the 34th ASEAN Summit in Bangkok on 22 June 2019, leaders declared their collective will to tackle the common threat of marine debris pollution to the region’s environment.

The pronouncement affirms the commitment of member states to seek solutions like an integrated land-to-sea approach, inter-sectoral and multi-stakeholder cooperation and coordination, private sector engagement, innovative solutions, research and education.

As discussed in a recent RSIS Policy Report on the same issue, Southeast Asia and the broader East Asian region have already taken actions in recent years, like developing national and regional action plans and adopting new policies and laws. The adoption of the Bangkok Declaration can further encourage progress in these areas at national and regional levels. Moreover, a few issues deserve particular attention, so as to ensure effective reduction of plastic debris washed into the seas and oceans.

Land-based activities constitute a major source of marine debris. This is reflected in the target of the United Nations’ Sustainable Development Goals to significantly reduce marine pollution, particularly from the land-based sources by 2025. The 3R approach is featured through reuse, reduce and recycle. This approach can cut the amount of plastic waste. However, there remains enormous demands for effective waste management as human activities inevitably produce waste of different kinds.

The lack of proper disposal facilities is a major constraint on the efforts of many developing countries, including Southeast Asian countries, to curb plastic pollution. It is thus important that countries in the region increase investment on their respective infrastructure for waste management so as to cut marine plastic litters from the source.

Shared river systems and waterways are the conduits for ocean plastic pollution. The Bangkok Declaration and the ASEAN Framework of Action on Marin Debris have underscored critical importance of protecting ASEAN’s major river systems. Ten rivers in the world contribute 90 per cent of plastic waste washed to the oceans, eight of which are in Asia.

The Mekong River is among these plastic-polluted rivers mainly due to inadequate waste management systems in countries where the Mekong flows. Mekong is being choked by about 37,000 tonnes of plastic bags and bottles near its mouth in southern Vietnam.

However, the Mekong River Commission, that promotes joint management of the shared water resources and sustainable development in the countries of the Mekong River basin, has various coordinating instruments but does not include initiatives to address transboundary plastic pollution.  Riparian countries should consider joint plastic waste reduction in transboundary rivers as part of their environmental cooperation.

Major rivers from Indonesia and the Philippines also carry large volumes of plastic waste. Manila’s Pasig River, for instance, dumps over 63,000 tonnes of plastics into the ocean every year, making it the world’s eighth largest contributor of ocean plastic. Four of Indonesia’s rivers are among the 20 most polluted in the world due to mismanaged plastic waste.

Shifting towards a Circular Economy

Among the major multi-sectoral policy approaches recommended by the Bangkok Declaration and the ASEAN Framework of Action is the mainstreaming of the circular economy, together with the 3R approach at the national level. Key challenges include the readiness and capability of ASEAN member states to switch their traditional approach to economic development to circular economy strategies.

The circular economy model offers a fundamental and crucial alternative to the linear take of a – “make – consume – dispose” economic model that is currently prevalent in Southeast Asian economies. The circular economy model is simple: minimise the disposal of waste and the need for raw materials through 5Rs — reduce, reuse, recycle, refurbish, and remanufacture materials in production, distribution, and consumption processes.

In many ASEAN countries, resource-use policy is still usually anchored on the 3R approach. The circular economy, however, is no longer limited to 3R.

There are compelling reasons why the principles of a circular economy are relevant for the region. At the national level, countries can bolster industrial competitiveness through a paradigm shift towards a new industrial approach that cuts waste of precious resources, mitigates overproduction of waste, and focuses instead on resource recovery.

National and local governments in the region should consider adopting their respective masterplans on sustainable consumption, production, and waste management. Singapore and Thailand, for instance, are in the process of developing their circular economy masterplans. ASEAN may also consider a regional strategy on circular economy, emulating The European Union Strategy for Plastics in a Circular Economy.

The Bangkok Declaration, together with the ASEAN Framework of Action, represents a step forward within the broader East Asian region from the East Asia Summit Leaders’ Statement on Combating Marine Plastic Debris in November 2018. The borderless nature of marine plastic pollution and the recent waste disputes between ASEAN member states and some other developed countries show one important thing: the involvement and cooperation of non-ASEAN countries are also crucial, in addition to the respective national efforts of ASEAN member states.

The G20 Summit in Japan and the East Asia Summit later this year provide the platforms for ASEAN countries to solicit stronger political will and support; both events have demonstrated strong interests in encouraging joint actions to tackle the common environmental security threat.

Home » Combating Marine Debris: What After The Bangkok Declaration? – Analysis