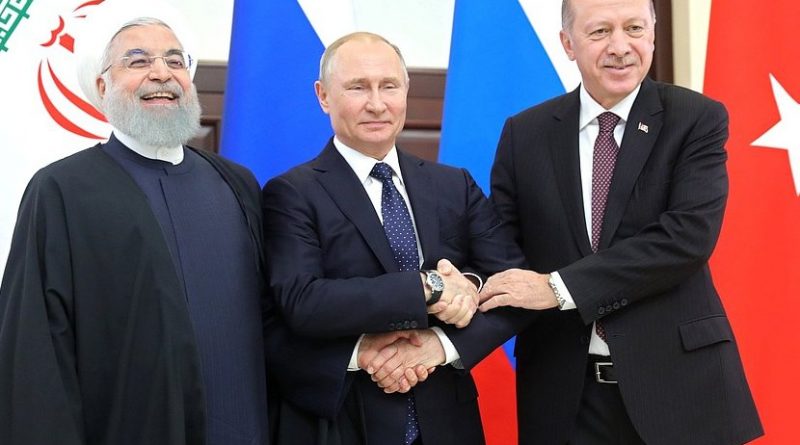 Paradoxically, far-right leaders use globalization and the democratic process to destroy longstanding institutions that deliver prosperity and justice.

“If you tell a lie big enough and keep repeating it, people will eventually come to believe it.” The advice from Joseph Goebbels, the Nazi minister of propaganda, may have taken a leaf from the parable of 13th century Iranian poet Jalal ad-Din Rumi “The Students and Teacher.” In Rumi’s story, students wanting a holiday dupe their teacher into believing he is ill by each telling him he is so. The teacher returns home worried about his health and berates his wife for being unconcerned.

The world over, citizens are veering right, concerned about migrants and dilution of tradition and culture. These are sometimes couched in terms of economic loss. Others gawp in disbelief with the rise and mass appeal of bigoted leadership.

It takes a special person and philosophy to seed fear in people and then cultivate and harvest it.  The right-wing nationalistic philosophy is insular and against the human instinct to commune and socialize, almost bordering on xenophobia. Such philosophies and their proponents reinvent ancient history, birthing self-righteous victimhood while stoking fires of race and religion. They become leaders by projecting disdain for accepted conventions and promising a balm for the perceived injustices that they claim are smiting people and in the process strike a chord with many.

Thus, Donald Trump was elected US president making promises of “draining the swamp” and “Make America great again” despite being a bigot with at least 20 women accusing him of sexual misconduct. India’s Narendra Modi was elected with similar promises, reducing the 2002 Gujarat riots during his tenure as chief minister to a non-issue. Vladimir Putin continues to lead Russia despite allegations of corruption and unexplained deaths of journalists, and war-mongering. Rodrigo Duterte of the Philippines embraced allegations of murdering fellow citizens on charges of drug-dealing during his tenure as mayor and vice-mayor of Davao City. Turkey’s President Recep Tayyip Erdoğan has repressed journalists and intellectuals and, despite espousing an Islamist agenda, has turned a blind eye to Chinese repression of Uighur Muslims.

Citizens in democracies repeatedly elect leaders who show scant respect for the law, minorities and the economically disenfranchised, leading to a decline in law and order and normalization of bigotry. Hate crimes in the United States have increased for the fifth consecutive year with a spike in 2016, and India has seen a tenfold increase since 2014. Since the 2016 Brexit vote, the United Kingdom reports an upswing in racism and hate-related crimes. Migrants under-report hate crimes because they lack faith in the system and fear reprisals, according to a Polish report sponsored by the Office for Democratic Institutions and Human Rights of the Organization for Security and Co-operation in Europe.

The battle for equality between the haves and have-nots based on justice has mutated. Today it is the ideology of fear and suspicion that drives the battle. Globalization is not new, occurring in many forms over the centuries including trade and conquests in ancient times, then as colonization and more recently through the shifting of manufacturing and the transfer of goods, skills, financing and manpower among countries.

Thus, even as globalization changes society through the transfer of capital, goods and more, it weakens existing social pillars through new concepts. Current forms of globalization involve systems that offer the potential to be equitable. Manufacturing is outsourced to the global south. People migrate to the developed world as skilled, semi-skilled or unskilled workers. This transfer has led to varying levels of prosperity intra and inter nations and the transformation of longstanding cultural and national identities and demography. In countries like India, rural-urban migration has also led to this transmogrification and the breaking of long-held caste and class barriers. The concept of equity has also taken root with the UN Development Goals, Human Development Index and the World Happiness Index.

In this round of globalization, unlike previous forms, everyone participates and collaborates, willing or otherwise. To reap the benefits of this new economic order, nations must promulgate new laws on everything from products to welfare. Though new processes enabled new entrants to find socioeconomic space and a political voice, many are left feeling alienated. Political leaders ignored this disquiet. Their sense of marginalization brewed into disaffection as many perceived they were being sacrificed for a “greater common good,” feeling spurned for holding such fears. A disconnect grew between disaffected citizens and other more successful sections of society, along with government and laws.

Trump and the rest tapped into this population, vocalizing and giving form to their fears with constant reiteration á la Goebbels and constant promises of restitution.

Already outsiders, the leaders didn’t worry about social sanctions when vocalizing these fears and became iconoclasts reveling in the confrontation with broader society. For the discontents, the rhetoric fearlessly spoke their truth. They promote narratives making them demagogues or suggesting their supporters are part of a grand design to return countries to former glory. Putin does this with bare-chested photos, Trump by constantly proclaiming his is the best presidency ever, and Modi’s growing cult does both.

Even as they promise better times, the leaders develop a siege mentality by finding bogeymen – refugees, migrants, Mexicans, Muslims, neighboring nations, Romas and so on. To ensure they remain beyond reproach, these leaders target the media and other critics. The Indian government has a dual approach when it comes to media that don’t toe the line and discontinues advertising in publications like the Telegraph of the ABP group and the Hindu while broadcasters like NDTV face harassment from government agencies. Journalists have been trolled and murdered. They face threats of physical violence and SLAPP suits. Trump labels traditional media outlets as “fake news.”

The World Press Freedom Index ranks the Philippines at 134th place because of the government’s crackdown on journalists. Russia is at 149, a nod to the government’s suppression of independent media. Hungary has fallen 14 places to 87, with journalists openly “stigmatized,” while in Poland “the state-owned media have been turned into propaganda tools and are increasingly used to harass journalists.” The report describes Turkey as “the world’s biggest jailer of professional journalists.”

These leaders strive to make themselves beyond reproach. Using due process, they weaken other pillars of democracy – the judiciary, education, administration and police branches.  They subvert established norms in regular communication, creating a new normal that also includes instigating citizens into prejudicial action. Such moves result in an increase in hate crimes in these countries, not only because of leaders’ tacit support but also because of the dilution in deterrence. That the leaders condone rather than condemn these actions, if not glorify them by silence, only serves to encourage repetition and the withering of law and order.

Though the far-right have a nationalistic agenda they are not averse to globalizing their views and colonizing new territories. The US-based syndicated news website Breitbart has made inroads into Europe. Steve Bannon, Trump’s former chief strategist, supports far-right endeavors across the globe. Brexiteer Nigel Farage has become a familiar face in the US. Unfortunately, the hate and fear which such people propound, multiplied manifold by the internet’s globalized network with its social media and web forums, result in tragedies like the one in Christchurch. In an irony of sorts, the far-right and the Islamists use the same medium to spread fear and instigate people to violent acts.

At this juncture it would be natural to wonder whether globalization threatens to democracy or offers the answer to growing bigotry. Initial forays of globalization were driven by economics, now influenced by concepts of equity and fairness, ultimately strengthening democracy. However, such concepts have yet to mature to answer the fears of many. This limbo has resulted in the rise of the far-right. Paradoxically the far-right is using globalization and the democratic process to destroy what has been achieved. It therefore stands to reason that a globally connected population must defeat this Goebbelsian effort to bury democracy.

*Samir Nazareth is the author of the travelogue 1400 Bananas, 76 Towns & 1 Million People. He writes on socio-political and environmental issues.

Home » Globalization And The Threat To Democracy – Analysis