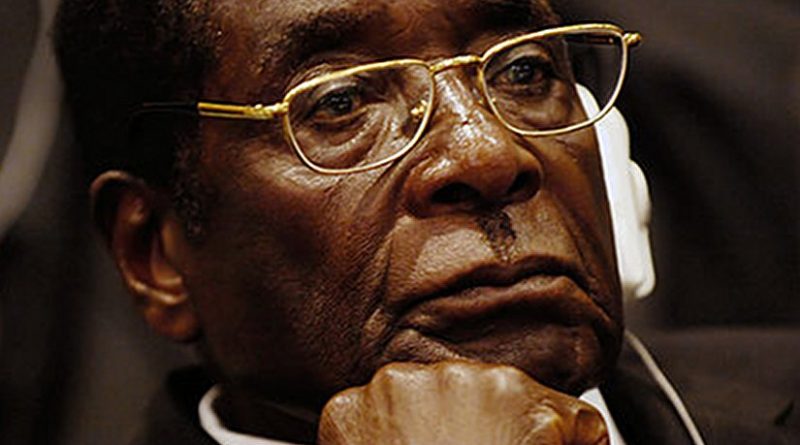 Robert Mugabe was one of the many leaders who came to power as a national liberator between the 1950s and 1980s, only to establish violent, corrupt and incompetent autocracies. The decades of misrule they inflicted on their countries did much to discredit nationalism as a progressive ideology that could better people’s lives.

Bad though Mugabe was, he was not the worst of the dictators of that era, which included Saddam Hussein, who became absolute ruler of Iraq in 1979, the year before Mugabe was first elected prime minister of Zimbabwe. Both men ruined their countries, denigrating and eliminating opponents as traitors in a supposed ongoing struggle for self-determination.

The death of Mugabe will provoke much critical commentary about his life in the next few days. But one side effect of his disastrous years in power – and that of many national leaders like him – was to lead people to imagine that his grim record and that of others like him would permanently undermine nationalism as a political force. In country after country, after all, promises to deliver personal and national liberty had been forgotten and family dynasties had rooted themselves in power from Cairo to Manila.

The result was that those who had previously supported national independence became disillusioned and saw all forms of nationalism as a cynical ploy by corrupt elites or a single national faction to monopolise power and money. Progressives and liberals in the West had always had a split approach to nationalist movements, approving them in foreign countries when opposed to imperialism and colonialism, but opposing them at home as the ideology of racial superiority and imperial land grabs. Now all forms of nationalism seemed equally toxic.

Remember also how in the high days of globalisation between 1991 and 2008, nationalism was portrayed as hopelessly out of date. It was being replaced by the latest benign liberal version of international capitalism which would solve all problems: cooperation not competition between national states was the new name of the game. Rising politicians and well-funded think tanks were at one in speaking of the necessity and inevitability of “win-win situations” in international relations.

But in practice, globalisation turned out to be just as phoney in its promises as old-style nationalism. Big fish still ate the little fish as they had always done. The wars in Afghanistan, Iraq and Libya were justified by the US, UK and their allies as being fought for the good of humanity, but turned out to be much the same as unashamedly imperial wars in the past. To cite but one example, Nato overthrew Muammar Gaddafi to save the people of Benghazi in eastern Libya in 2011, but eight years later much of the city has been destroyed, mostly by Gaddafi’s former opponents, without Nato countries showing the slightest interest.

Inequality between and within national states was supposed not to matter so much in an integrating interdependent world, but the crash of 2008 showed this too to be a myth. Many politicians and academics were slow to recognise the trend, but from then on the forces of disintegration began to overwhelm those of integration. The nation state had never gone out of business, but it increasingly made a comeback in the eyes of many as the flawed but essential vehicle for their political, social and economic aspirations.

Many on the left and centre of politics who today lament the rise of right-wing nationalist, populist leaders opened the door to them by dismissing nationalism as a back number. They created a political vacuum when it came to communal interests and identity that was swiftly detected and filled by politicians like Donald Trump in the US, Viktor Orban in Hungary and Recep Tayyip Erdogan in Turkey. Their beating of the nationalist drum was crude but effective – as was their denunciation of opponents as traitors to the nation and a threat to the “real people” who inhabit it.

Even opera bouffe old Etonians like Boris Johnson and Jacob Rees-Mogg could present themselves as the unlikely representatives of the true nation. As with other ultra-nationalists, there is a relentless urge towards authoritarianism, because nationalism requires an enemy, real or imaginary, against which to define itself and to rally its forces. The promises of extreme nationalists usually turn out to be snake oil so they will no longer be able to persuade people to vote for them and must rely on force or fraud. This was Mugabe’s trajectory.

Boris Johnson’s shambolic performances are disarming, but he is very much part of this populist nationalist wave and his direction of travel is all too evident. His appearance in front of a phalanx of black-clad police recruits in Wakefield may appear ludicrous, but the last British leader to do this sort of thing was Oswald Mosley and his Black Shirts.

It is easy to denigrate the new class of nationalist demagogues as proto-fascists, but it is more useful to suggest how they might be resisted. They should never be allowed to monopolise all the nationalist cards in the pack: nationalist movements are by their nature broad churches with socially and economically diverse congregations held together by the demonisation of a common foe. Thus a plutocrat like Trump sought with some success to win the support of former industrial workers in Michigan in the presidential election in 2016 by saying that as Americans they should not have lost their jobs and he would make sure that this would never happen again.

Democrats in the US and Remainers in UK have been inept in presenting their own policies as part of a nationalist project. This is partly because they are defending the status quo in the shape of membership of the EU as having not much wrong with it. They do not have a problem with globalisation because they benefit from it.

Many people who give an approving nod to Scottish, Greek or Vietnamese nationalism recoil with distaste from English nationalism as an attempt to assert racial superiority at home and abroad. But it is a mistake to imagine that many of the pro-Brexit voters in Hartlepool or the Welsh Valleys have much nostalgia for the world of Rudyard Kipling – though they may have nostalgia for a decent job.

Nationalist dreams are not easy to dissipate because they give simple solutions to real grievances. They provide a cloak for xenophobia, never very far beneath the surface in Britain, directed against the EU abroad and immigrants at home.

The problem is that divisive but very different issues have come together within a certain sense of English national identity. As always, nationalism is something of a poisoned plant because it needs an enemy as a justification for communal solidarity. Charles de Gaulle said that “patriotism is when love of your own people comes first; nationalism, when hate for people other than your own comes first”. In the present crisis, nationalism is out there in front

*Patrick Cockburn is the author of  The Rise of Islamic State: ISIS and the New Sunni Revolution. This article appeared at Counterpunch and is reprinted with permission

Home » Mugabe’s Rule Led Many To Dismiss Nationalism, But That Opened The Door To Something Much Worse – OpEd