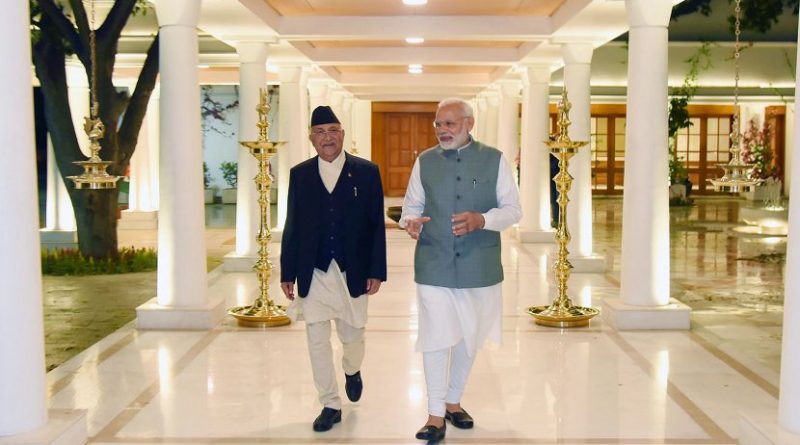 Despite an overwhelming majority, Oli’s Government has not been able to perform satisfactorily and the reasons seem to be many but many point out that it is the individual style of working of Oli that creates problems for Oli and for his colleagues who are more interested in strengthening their positions vis a vis the party.

Luckily for Oli, the opposition as described by veteran journalist C.K.Lal is “rudderless, directionless and leaderless.” Many seniors in the Nepali Congress are openly canvassing to make Nepal a ‘Hindu Republic’.  The Ruling Party leaders at the centre are still hanging on to the mindset of controlling every issue from the centre thus making the federal system meaningless and irrelevant and most of the provincial Governments that are led by the same Ruling Party are therefore very unhappy.

The first major concern is the health of Prime Minister K.P. Oli.  He had to go to Singapore for two weeks for medical treatment and returned in the second week of September. No body knows what ails the Prime Minister and how serious is his illness.  Being an important person, the Public have a right to know the PM’s health.  Silence from the PM’s office only adds to the feeling that Oli is having some serious health problems.

Whatever may be his other faults, Oli is still the best Politician to lead Nepal at this crucial juncture and it is no surprise that the people are concerned.  Right or Wrong, Oli is decisive and one of the rare “straight talking Politicians.”  There is said to be a slight ‘authoritarian streak’ in him and perhaps that is what is required in Nepal right now.

The second concern is the surfacing of the ‘Gentleman’s Agreement’ between Oli and Dahal to share the post of the Prime Minister halfway.

On 19th August, Oli told the Parliament – “I will remain in Office until the next elections”.  This statement according to some is a clear message to Dahal that he will have to wait!

The same day Dahal hinted to the media persons of a change in the leadership of the Government in an internal power sharing deal.

It looks that Oli is not giving up his post of Prime Minister ship halfway, and Dahal the Co-Chairman of Party and erstwhile leader of the Maoist faction is in no position to challenge him either.

Oli has in the meantime consolidated his position within the erstwhile UML faction the party.  While Madhav Nepal and Jhalnath Khanal are fighting for the 3rd position in the Party hierarchy, no one is challenging Oli’s primary position within the NCP.  Dahal will also  have to lump it as he has no choice!

Surprisingly, amidst all the differences, the Ruling NCP managed to appoint Chiefs for the 32 party departments.  Significantly Bam Dev Gautam- the troublemaker has been made the head of the party organization with the post of a Vice Chairman.  It looks that finally Bam Dev Gautham has been tamed and he did visit the PM in Singapore when the latter was ill.

The other senior leader of former UML Ishwor Pokhrel has been given  the task of heading the Party School! So Oli in a sene has covered his back well !

One senior leader who is frustrated and disappointed is Dahal who as head of the erstwhile Maoist Party wielded enormous powers but now forced to play ‘second fiddle’ to Oli the Chairman of the merged NCP.  But he should be thankful to the authorities that the mechanism for the ‘transitional justice ‘is yet to take off.’  It is almost nine months since the posts are vacant and the Government is still unable to  or does not want to appoint the members of the Commission.  Once it gets going, surely Dahal has to explain and he should be made accountable of the death of over 17000-19000 innocent lives in the decade old civil war!

On 18th August, Dahal openly wondered whether his party’s merger with the UML was a good thing. It was as otherwise the Maoists would by now have become irrelevant in Nepali politics.

On another occasion Dahal said “Communists in Nepal were acting like the Maharajas of yesteryears and that people will not vote for them if they do not mend their ways!. He also lamented on the growing indiscipline amongst the communists in Nepal.

Dahal should first look at himself and he is certainly leading a luxurious life while all his old comrades at lower levels who fought and suffered are still languishing in poverty. His main task should now be to prevent another civil war of the type he initiated, as his erstwhile comrade Netra Bikram Chand is attracting many of the frustrated followers for another revolution!

Was he complaining against Oli? It could be.