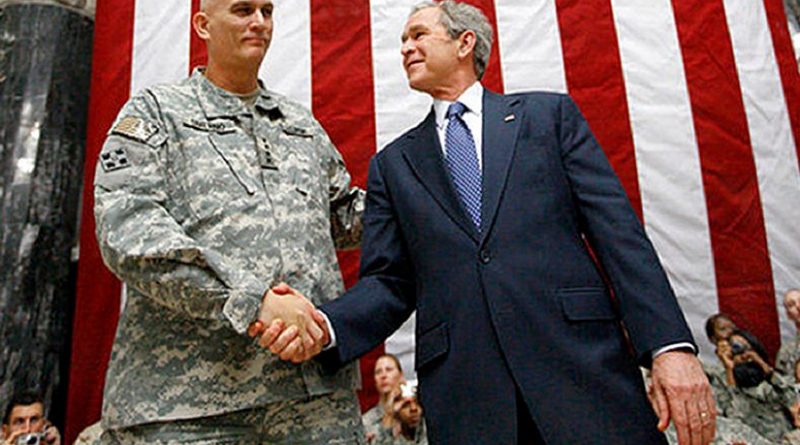 Former President G.W. Bush observed the event was seared into the American psyche. It’s hard to imagine the tragedy occurred 20 years ago – so much and so little has changed.  What has changed is America’s counter-terrorism approach, the Islamist terrorism threat, and the ongoing acceptance of Muslims within American society.  What hasn’t changed is the country where the 9/11 threat emanated from – Afghanistan.

Afghanistan decimated the British and Russian efforts at subjugating the country’s various ethnic groups in the 19th and 20th centuries.  Many critics of the Biden Administration’s Afghanistan pursuits contend Washington experienced a similar fate – did it is the question?  President Biden asserted the United States achieved its primary mission of eliminating Al Qaeda’s ability to use the country as a safe haven for operational activities. The United States made several mistakes in Afghanistan, however.

Neither administration detailed whether America’s Afghanistan policy beyond the Al Qaeda mission entailed “nation-building” – or creating a political structure characterized by democratic ambiances yet with Islamic cultural attributes.  Failure to furnish a precise definition prevented U.S. diplomatic, military, and other national security linked officials from focusing their efforts more efficiently and effectively.

The last issue whereby the American experience was different from the British and Russian experiences is how Washington exited the conflict. The treaty signed by the Trump Administration withdrawing American forces placed President Biden in a seemingly no-win situation.  President Trump’s eagerness for a “deal” regardless of substance, placed President Biden in a precarious position. It would have lost diplomatic credibility within the international community and various Afghan groups – if it didn’t honor the accord.  Concurrently, leaving Afghanistan under the agreement’s terms allowed the Taliban to remain as Kabul’s caretakers; it also didn’t provide a mechanism for verifying whether the Taliban had severed its ties with Al Qaeda.  How Washington departed Afghanistan strained South Asia’s strategic dynamics. It left a void whose filling has yet to be determined – and may not be ascertained for years to come.

What has changed over the last 20 years is America’s CT approach, the nature of the terrorism threat, and how Americans perceive the religious group affiliated with the attacks’ participants.

The 9/11 event morphed America’s CT methodology.  The tragedy removed the previously existing “wall” preventing the country’s intelligence and law enforcement agencies from sharing information, regardless of issue.  The barrier’s elimination by the USA PATRIOT ACT has consequently prevented different terrorist groups from conducting a 9/11 style type attack for the last two-decades.

A second change involves the nature of the Islamist terrorist threat. Washington and its allies degraded Al Qaeda Central’s operational capacity to a skeleton of what existed prior to the September 11th attacks.  What has emerged are African, Middle East, and South Asian based Al Qaeda affiliated groups – groups pledging loyalty to AQ’s central leadership, while financing and initiating their own operations.  What has also surfaced is a competitor to Al Qaeda.  The Islamic State’s advent during the Syrian civil war is furnishing international CT officials with an additional concern.  ISIS is demonstrating an operational lethality currently surpassing Al Qaeda, as illustrated by the recent Kabul attack.  Two key questions mandating answers are will Al Qaeda seek to reinvigorate its operational capabilities in Afghanistan, now that the U.S. has withdrawn?  And will a degree of CT cooperation emerge between the Americans, Chinese, Russians, and Taliban towards addressing the Islamic State threat?  The last issue is especially crucial given all four view ISIS, especially its Afghanistan branch, as an acute menace.  What remains unknown is whether Washington, Moscow, Beijing, and the Taliban will set aside their strategic interests/differences – and cooperate towards degrading the Islamic State Khorasan Province’s clout.  How those issues evolve will influence the evolution of the international CT climate for many years to come.

A final change is the attitude Americans have towards Islam. The event instigated a national examination of the religion.  Various Muslims experienced a direct/indirect hostility immediately following the attacks.  The animosity is fading.  America’s Islamic populace is witnessing the same scenario other new ethnic groups have witnessed – an initial hostility, gradual acceptance, and eventual ascension within the country’s socio-economic-political fabric.  The pattern occurred to the America’s Irish, Catholic, and Chinese communities; it is transpiring within the Islamic population now.

The horror of the 9/11 attacks will likely remain with anyone who lived during the day for the remainder of their lives. It was a transformative moment.  The tragedy instigated America’s longest war.  It strengthened the U.S. CT apparatus.  The September 11th event finally accelerated the integration of America’s Islamic community into the U.S. socio-economic-political lexicon.