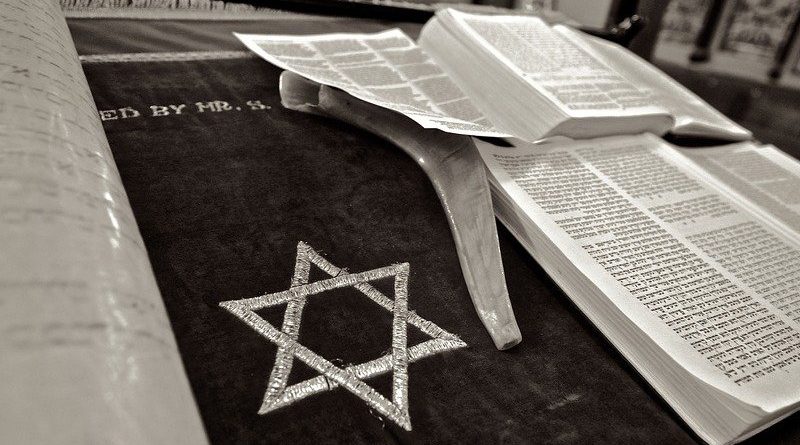 The World Health Organization announced a new daily record high in coronavirus cases confirmed worldwide, with more than 350,000 infections reported to the UN health agency on October 9. The new daily high of 350,766 cases surpasses a record set earlier this week, and includes more than 109,000 cases from Europe alone. And some ultra-religious religious leaders seem to be making things worse.

Basic to Judaism is Deuteronomy 30:15’s famous words: “See, I set before you this day life and prosperity, death and adversity.” and 30:19 “I have put before you life and death, blessing and curse. Choose life by loving the Lord, your God, heeding his commandments, and holding fast to Him” Every year Jews hear this Torah reading on our holiest holiday Yom Kipper—the Day of Atonement.

How do these verses relate to us today in our world of Covid 19 chaos, fear and uncertainty. We all need to wear a mask, stay 6 feet distanced, wash hands, get tested. When will we be able to hug our grandkids again? When will we be able to enjoy our friends for meals and our community for worship? Will just trusting in God be enough to get us through these days?

Deuteronomy 30:2 states if, “You return to the Lord your God and you and your children heed His commandments with all your heart and soul, then the Lord will restore your fortunes, and take you back in love and Deuteronomy 30:5 states: “He will make you more prosperous and more numerous than your fathers”

Also figures from Weizmann Institute of Science Professor Eran Segal showing that “46% of the contagion at the moment is in the ultra-Orthodox community,” in a reference to the percentage of active cases countrywide. Ultra-Orthodox Jews make up only 11-12% of the total population in Israel. Judaism has always believed in the value of medical knowledge. Belief and faith can help heal your body but that does not replace medical science. What we need is a mind body partnership.

The Torah says that we all have a choice between life and death the blessing and the curse. God demands we choose life. God wants mankind to be partners with God; not just blind believers. You can’t be a parent without a child and God can’t be a faithful God without people of faith.

Some people think this a radical belief. I want to share with everyone a well known rabbinic interpretation of Prophet Isaiah declaration: “You are my witnesses, and I am God” (Isaiah 43:12) Rabbi Shimon ben Yochai taught: “Only when you are my witnesses, I am God. But when you are not my witnesses, it is as if I am not God” Even more amazing is the interpretation of the following verse” Towards You I raise my eyes Oh ‘One Who Dwells in the Heavens’ (Ps.123:1); were it not for me -so to speak- You would not be dwelling in the heavens! (Pesika d’ Rav Kanhanna 12:6)

I view these verses with the firm belief that God exists because humans exist who believe in him. It is a partnership relationship to help elevate and inspire us to improve our lives and society and perhaps the natural world. The Torah is not in heaven” (Deuteronomy 30:12) but Jews make Torah heavenly

This is one of the most inspiring events in the development of God’s covenantal relationship with the Jewish People. Once a new type of oven was invented. The rabbis debated if this oven was susceptible to ritual impurity. Rabbi Eliezer ben Hurcanus argues that the oven is ritually pure; while the other rabbis argue the oven is impure. When none of Rabbi Eliezer’s arguments convince his colleagues, he cries out, “If the halakha [Jewish law] is in accordance with my opinion, this carob tree will prove it.” And the carob tree leaps from the ground and moves away. The other rabbis reply that a carob tree offers no proof in a debate over Jewish law.

Then Rabbi Joshua responds, “It [the Torah] is not in heaven” (Deuteronomy 30:12). Because the Torah, given by God to mankind at Sinai, specifically instructs those who follow it: “It is not in heaven, that you should say, ‘Who will go up to heaven for us, and get it for us so that we may hear it and observe it?’…No, the word is very near to you; it is in your mouth and in your heart for you to observe” (Deuteronomy 30:12-14).

Rabbi Joshua’s response expresses the Rabbinic view that Jewish law is a work of human activity, and the Torah itself supports this legal theory. The Torah is ‘an inspired by God document’ from which Jewish law is created through the human activity of debate and consensus. Rabbinic literature was capable of recognizing differing opinions as having legitimacy (Jerusalem Talmud, Berakhot 3b), yet the community remains together and the ruling which is ultimately followed comes through proper jurisprudence.

So Rabbi Eliezer’s miraculous appeals were outside proper jurisprudence and would not be followed. The Jewish community follows the ruling of the majority. Most important of all, the Talmud then asks how God responded to this incident.