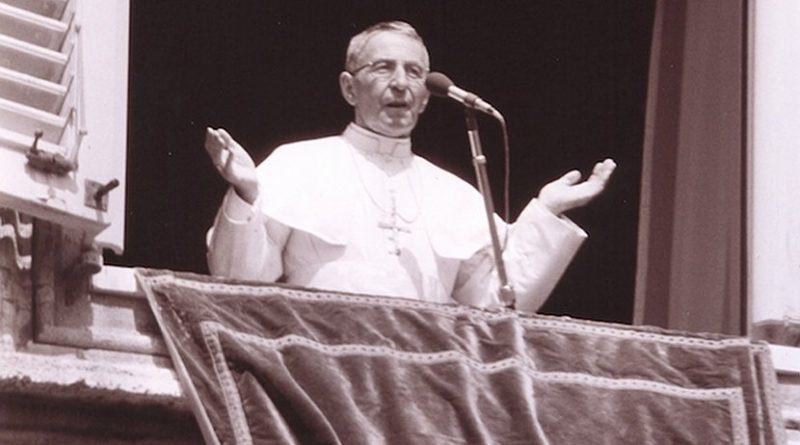 Pope Francis has recognized that Pope John Paul I, who served only 33 days as pope, lived the Christian virtues in a heroic way.

The Vatican announced Pope Francis’ decision Nov. 9. It marks the first major step on the path to sainthood for the pope who died in 1978 at the age of 65, shocking the world and a church that had just mourned the death of Blessed Paul VI.

Pope Francis would have to recognize a miracle attributed to the late pope’s intercession in order for him to be beatified, the next step toward sainthood. A second miracle would be needed for canonization.

Stefania Falasca, vice postulator of Pope John Paul’s sainthood cause, said one “presumed extraordinary healing” had already been investigated by a diocese and a second possibility is being studied, but the Vatican does not begin its investigations until a sainthood candidate is declared venerable.

Although his was one of the shortest papacies in history, Pope John Paul left a lasting impression on the church that fondly remembers him as “the smiling pope.”

The surprise of his death after just over a month in office opened a floodgate of rumors and conspiracy theories, running the gamut from murder to culpable neglect. The Vatican doctor insisted then, as the Vatican continues to insist, that Pope John Paul died of a heart attack.

His papal motto, “Humilitas” (“Humility”) not only emphasized a Christian virtue but also reflected his down-to-earth personality and humble beginnings.

Born Albino Luciani in the small Italian mountain town of Canale D’Agordo Oct. 17, 1912, the future pope and his two brothers and one sister lived in poverty and sometimes went to bed hungry.