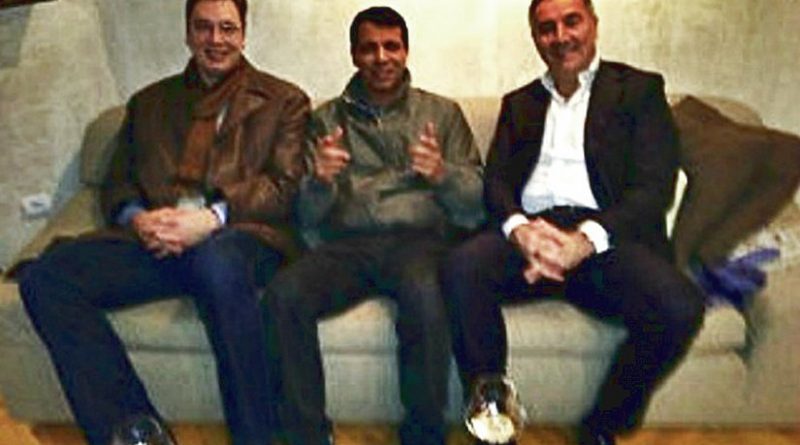 By Ivan Angelovski and Lawrence Marzouk

Mohammed Dahlan, the powerful arch-rival to Palestinian president Mahmoud Abbas, will again face a court in Palestine over allegations of embezzling $18 million of public money from his homeland.

In a written statement to BIRN, Abbas’s office said the anti-corruption court in Ramallah, West Bank, had reopened the trial and scheduled a session on December 14 “to review the criminal case against Dahlan”.

Dahlan has always maintained his innocence, claiming he is the victim of political persecution. His Parisian lawyer, Sevag Torossian, previously told BIRN that the corruption allegations against his client amounted to “accounting issues”.

But he did not respond to our requests for comment on the latest development and BIRN was unable to contact Dahlan directly.

According to the indictment, the money was placed in private accounts controlled by Dahlan who was the security chief of the PA at that time, before being withdrawn in cash by his associates.

The prosecution claims Dahlan has offered no evidence of where the money was spent.

The case was dropped in April 2015 after a court ruled that a presidential decision to lift Dahlan’s immunity should have been taken by parliament.

This was overturned by the constitutional court in Ramallah last month.

It ruled that Abbas was entitled to remove the MP’s protection from prosecution as the Palestinian assembly was not in session, due to the dispute between the country’s two political movements, Fatah and Hamas.

As an adviser to Prince Muhammad Bin Zayed, the Crown Prince of Abu Dhabi, Dahlan has played a critical role in building political and economic ties between the Gulf state and Serbia and Montenegro.

In doing so he has also forged close relationships with the Serbian Prime Minister Aleksandar Vucic and his former Montenegrin counterpart, Milo Djukanovic. He secured himself citizenship from both countries despite the allegations of corruption and even murder which have dogged him.

The 55-year-old was once seen as Yasser Arafat’s heir apparent but lost out to Abbas in 2003. He was kicked out of the Fatah movement in 2011 after Abbas accused him of corruption and hinted he may have been involved in Arafat’s death, a claim which resurfaced in recent weeks in a report by a Palestinian special commission.

Living in exile in Abu Dhabi since then while also renting a luxurious villa in Belgrade, he has formed a powerful network of backers spanning Europe and the Middle East and built support for himself in Gaza and the West Bank by channelling Gulf funds to Palestinian refugee camps.

While Dahlan maintains publicly he is not interested in succeeding Abbas, he remains a frontrunner for the job and has made no secret of his desire to return to politics in his homeland.

Abbas has refused to patch up his dispute with Dahlan, who has already been sentenced in absentia to two years’ jail for defamation, despite pressure to do so from the United Arab Emirates, Saudi Arabia, Egypt and Jordan.

Palestinian officials also told BIRN Dahlan is being investigated in connection with the assassinations of 13 opponents in Gaza while he was PA security chief.

Dahlan’s iron-fisted tactics in Gaza led to the area being nicknamed “Dahlanistan”, and admitted in an interview with Vanity Fair in 2008 that “mistakes” had occurred there. However, he maintained that no one had been tortured or killed under his orders.