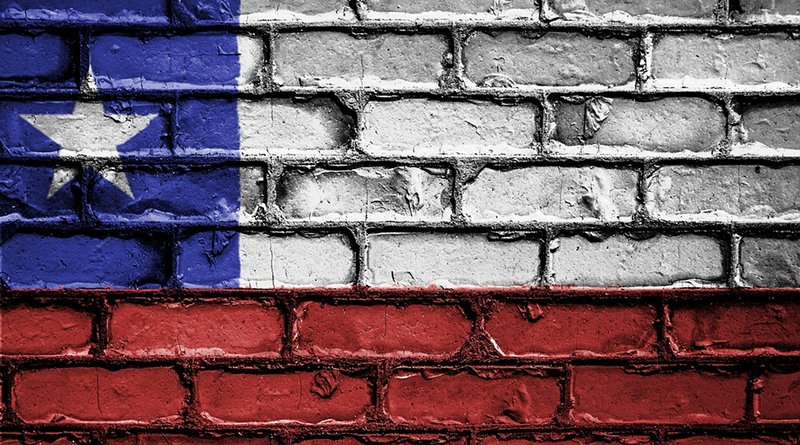 As supermarkets are set on fire and churches are desecrated, Chile’s recent wave of protests have sullied the otherwise solid image of Latin America’s most stable democracy.

Since early October, protesters have clogged the streets of Santiago and other cities railing against recent metro fare hikes, while voicing concerns about stagnant wages and a high cost of living. Some of these grievances behind these protests are valid. However, the million-dollar question surrounding every mass political protest is: How will the protesters go about solving these problems?

The default answer protesters are turning to usually involves having a stronger state presence in the economy. Recent protests in Chile have indicated this. In 2012, Chileans protested against the nations’ economic model by singling out Chile’s education system and deriding the private control of the country’s copper industry. Unsurprisingly, they turned to the typical talking points of denouncing inequality and profit-seeking. To solve the alleged injustices of this system, they clamored for “free education” and the nationalization of the country’s copper industry.

Indeed, Chile’s higher education system is heterodox in terms of public and private universities. Thanks to its nominal market features, it quickly became one of Latin America’s premier university systems. From 1992 to 2012 the number of Chileans going through secondary education grew from 200,000 to 1.2 million. Nevertheless, the protesters insisted the system was unjust and pressed on for more government control. If Chile took its market ethos seriously, the education system should have been liberalized so that Chileans have more education options — be they luxury or budget — at their convenience.

When Sebastian Piñera was elected in 2010 – marking the first time Chile had a democratically elected right-wing government in decades – people had high expectations for his government. There was hope that Piñera would bring Chile to “First World” standards. Despite the hype, Piñera’s administration was quite lackluster. It did have some shining moments when Piñera’s government decided to reduce waiting times for environmental impact studies, rolling back unnecessary red tape, cutting import tariffs, and reducing the amount of time to set up a business.

However, Piñera raised corporate taxes from 17 percent to 20 percent in 2013 and he tried to placate the hordes of student protesters by guaranteeing scholarships for the bottom 60 percent of the population and 2 percent real interest rate loans for everyone except the richest 10 percent. There was no real effort on Piñera’s part to continue liberalizing the economy. To his credit, Piñera still maintained a modicum of restraint which allowed Chile to coast along and continue growing. All things considered, Piñera’s first administration was a disappointment for anyone who believed he could usher in substantial free-market reforms.

When Michelle Bachelet entered the picture , things started to take a negative turn. Her government hiked corporate tax rates, tried to undermine Chile’s higher education system, and used public administration to empower labor unions. Most importantly, however, was her use of the bully pulpit to change the overall narrative surrounding Chile’s political economy. Not only did she condemn the model for allegedly producing high levels of wealth inequality, she took it a step further by suggesting a potential change of the constitutional order via Constituent Assembly.

After Chile’s economy dragged along during the Bachelet years, voters decided to pull the lever for Piñera again. Sadly, the economy has still lagged and Piñera reversed his campaign promise to cut the same corporate taxes that his predecessor raised. Furthermore, he is taking up progressive hobby horses such as enshrining women’s rights in the constitution and using state funds to undermine Chile’s privatized pension system. By then, free-market sympathizers quickly realized that Piñera was orchestrating a replay of his milquetoast first term as president.

With widespread unrest before him, the administration is now being forced to traverse uncharted waters. Piñera is already wavering by promising a new “social contract” which includes minimum wage hikes , tax increases on the country’s wealthiest individuals, and more state involvement in Chile’s pension system. Given how voracious leftist activists in Chile have become, they will not be satisfied by Piñera’s concessions. In all likelihood, Piñera may give in to pressure and initiate a constituent assembly, which could bring unprecedented levels of institutional instability to Chile.

If there is any flaw with the Chilean constitution, it’s that it doesn’t go far enough in creating a genuine separation of economy and state. Nevertheless, it has served as a bulwark of stability in a region noted for its “wiki-constitutionalism,” where constitutions are re-written virtually every generation. Just look at countries like Venezuela. It has had 26 constitutions in its nearly 200 years of existence as a nation, which may be the most salient institutional factor explaining Venezuela’s current political calamity. Chile on the other hand, has only had 8 constitutions throughout its history. The necessity of countries having sound institutional grounding cannot be overstated.

All changes to the Chilean constitution should be done through amendments emphasizing decentralization – not the creation of a whole new constitution. Centralization is a controversial issue in Chilean politics. There is a common perception among the populace that politics in Chile revolves around the capital city of Santiago and the other regions are generally ignored. The Santiago Metropolitan region is populated by more than 6 million people, about a third of the country’s total population. Additionally, almost 90 percent of the population lives within 200 miles of the Greater Santiago area.

The Organisation for Economic Co-operation and Development has also caught on to Chile’s hyper centralization by observing that the Santiago metro area accounted for 40 percent of national GDP growth from 2000 to 2016. Similarly, subnational governments carried out 12.5 percent of public investment compared to the OECD average of 56.9 percent. The current Governor of the Central Bank of Chile argued in his previous stint with the OECD that “Chile’s regions are more concerned about obtaining benefits from the central government” as opposed to developing “their own identities” and unveiling innovative policies at the local level. Say what you want about the OECD’s long track record of advocating for higher taxation and social spending, they’re on the mark regarding Chile’s excessive centralization.

Instead of going through a constitutional change which will likely move towards a system that emphasizes political centralization and the usurpation of civil liberties, Chile should give political decentralization a try. This will allow for more jurisdictional competition and a more localist approach to the many problems it is facing.

Now, the question is, will Piñera bow down to leftist demands to create a Constituent Assembly or will he break the mold by offering an innovative model of decentralization? It’s anyone’s guess.

However, the history of Latin America is filled with tragic stories of countries reaching great heights — Argentina and Venezuela come to mind — and then falling back to mediocrity. To keep the Chilean success story going, Piñera will have to take bold action. This means ruffling a few of the political class’s feathers by gutting the Chilean state and bringing power back to the people. Hopefully, Piñera comes to his senses and understands what’s at stake. With the right policy decisions, a very predictable political crisis could be avoided.Author: