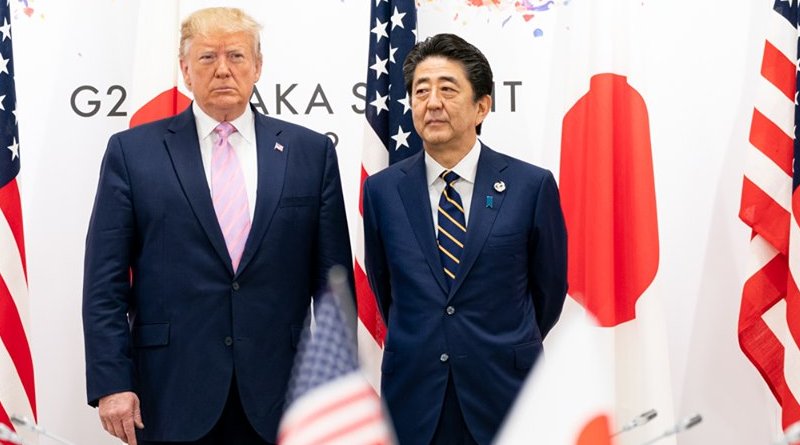 The relationships between the US and Japan and South Korea are undergoing a reset due to Northeast Asian geopolitics. American officials attach great importance to policy in this region as a principal way for Washington to exert its influence because of China’s expanding military and economic sway. But there are local consequences.

The Trump White House is conducting its trademark moves with this part of the world. The White House’s relationship with North Korea functions as a main driver, influencing how Washington pursues ties with the countries in the region. This approach is producing its own ripple effect because of the shifting nature of intra-Northeast Asia relationships. Discussions about a “pivot to Asia” become more complicated given the emerging discord among US allies, who are, from their point of view, being bullied into a new position.

Late last month, South Korea’s decision to remain in the General Security of Military Intelligence Agreement (GSOMIA) came as Japan announced that it would resume negotiations with South Korea over export controls. Seoul accused Tokyo of imposing export controls as a way of pressuring it to resolve outstanding disputes over the legacy of Japan’s occupation of the Korean Peninsula. Then Tokyo imposed trade restrictions on shipments of certain products to South Korea and removed it from a list of favored trading partners as the tensions escalated. Seoul responded with its own trade actions against Tokyo, before sending the tensions to a peak by announcing its intention to leave the military intelligence pact.

Seoul’s ultimate decision to not leave the GSOMIA seemed to signal a strengthening of the US’ role in diplomacy in the region after a long period in which the Trump administration had failed to repair the rift between its two East Asian allies, or even get them to freeze hostilities, with both the US State and Defense Departments pushing hard for a reconciliation between Seoul and Tokyo.

Washington strongly supports the GSOMIA as part of the US security architecture in the region. Intelligence sharing between Japan and South Korea allows both countries to swap information about North Korean missile launches, as well as Chinese and Russian activity. Both China and Russia are expanding their footprint in the surrounding seas and the US considers them to be the greatest challengers to its Asian policy.

The intelligence agreement is a critical tool that allows Seoul and Tokyo to work together on a host of shared security challenges. That both agreed to stay in the pact despite significant domestic political pressure illustrates how, at the end of the day, security concerns triumphed because of the security environment.

China and Russia are reacting with vigor. President Xi Jinping accused the US of meddling in both China and Russia’s affairs during a meeting with Russian Security Council Secretary Nikolai Patrushev in Beijing — a sign of the countries’ merging policy interests in this theater. Beijing and Moscow are cooperating more closely in Northeast Asia because of the hostile interplay between South Korea and Japan. As such, China is intensifying its “good neighbor” policy as a way to offset American influence in the region.

Beijing is still upset with the US-built Terminal High Altitude Area Defense (THAAD) missile system, which was deployed in South Korea in 2016 and remains a major thorn between the two countries. At the time, Beijing responded with an unofficial boycott targeting South Korean businesses in China and stopped tour groups visiting the country, but it later backed down from this position. With Donald Trump, China sees an opportunity to increase its leverage over Seoul.

Moreover, China is changing the balance of its relationship with both the US and Japan by taking advantage of Seoul’s dispute with Washington over defense costs — specifically the THAAD system and other high-tech US equipment. China is also pushing hard to get Pacific Island nations to drop their relations with Taiwan and support Beijing’s actions in Hong Kong. This defense cost dispute between America and its Asian partners is received differently than Europeans or others in terms of the level of cultural insult and negotiation tactics.

Later this month, Japanese Prime Minister Shinzo Abe is meeting Xi in a three-way summit with South Korean President Moon Jae-in — an annual occurrence for the past few years — in Sichuan province. It will be the fourth meeting between Xi and Abe since the latter’s visit to Beijing last October. But that visit by a Japanese prime minister to China was the first since 2011 after relations were strained by sovereignty issues over the Diaoyu/Senkaku Islands in the East China Sea. China is trying to take advantage of its neighbors’ disagreements with the US to boost its own diplomatic standing.

What comes next is the ability for China to enter 2020 in a strengthened position over its Asian neighbors because of miscues by the US. The triangular relationship between the US, Japan and South Korea will continue to be testy, which gives Beijing, as well as Russia, an advantage to disrupt and harass. Notably, North Korea is the 800-pound gorilla that wants to break this triangle because of intra-regional tensions, and whose leader, Kim Jong Un, just rode a white horse up to sacred Mount Paektu — his second symbolic visit in less than two months — ahead of an announcement that denuclearization is off the table in talks with the US.