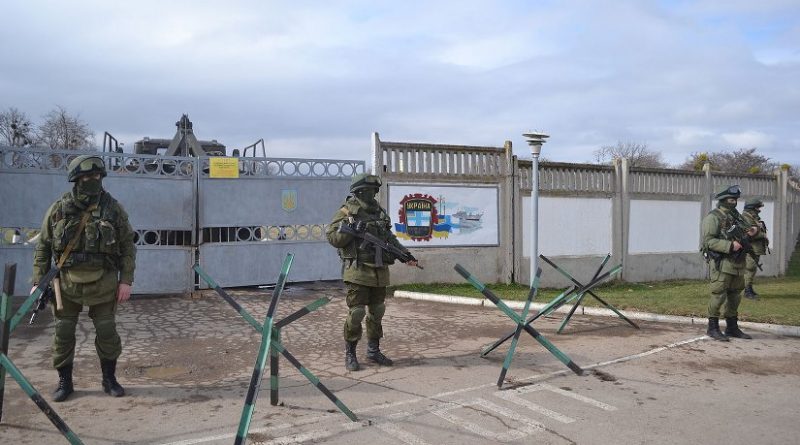 For quite some time there have been discussions whether the mercenary armies formed in Russia are solely private establishments or are they an alternative tool blessed and supported by the Kremlin for reaching its goals?

First, let us forget about higher philosophy and look at one basic subject – are private military establishments legal in Russia. In order to best understand what you can and cannot do, you have to look at a country’s criminal law.

Accordingly, let us find Article 208 in the Russian Criminal Code, “Organization of an Illegal Armed Formation, or Participation in It” and Article 359 “Mercenarism”. So in accordance with Russian law, mercenary armies are forbidden. They sort of are and sort of are not. This means we have to find out if there is someone who can grant permission to violate state laws.

Like it or not, we have to look in the Kremlin’s direction. It is possible to gather mercenaries, but you have to give them some weapons. According to law, automatic weapons can be used only by military forces or, in some cases, can be received from military forces. Regarding heavy weapons – I will just stay silent, because the score is already 2:0 in favor of the fact that the existence and supplying of private military formations can only be possible with support from the Kremlin.

I will not speculate about any involved persons, it is enough that in reality private military formations are legally impossible in Russia. They can only exist if they are operating in the interests of the regime.

This raises the question ­– is the idea of a mercenary army something new in Russia, or is it something that has existed previously and is now being transformed to better suit the requirements of modern times? On 29 January 2019, The Bell published a research on the emergence of private military companies in Russia. The media outlet was told by sources that everything began during the 2010 St. Petersburg Economic Forum where, along with a public lecture on how the military should cooperate with the private sector, a closed presentation to the delegation from the General Staff was given by Eeben Barlow, the creator of the first legal mercenary company Executive Outcomes in the Republic of South Africa.

I am, however, questioning the part of the research that concerns the initiator of all this – USSR, Russia’s predecessor, often used special forces to engage in different provocative activities that sooner or later resulted in a wider military conflict. For instance, the Winter War between Finland and the USSR: NKVD units provocatively fired at a border post of the USSR, which resulted in the USSR’s aggression. In the recent past, we can recall Russia’s military aggression against Moldova and Georgia in 1991-1993, the 2008 war in Georgia and the recent events in Ukraine.

These events share a common trait – first, there are provocations which serve as a basis for wider military activities. If prior to World War II it was more difficult to track, identify and publish information regarding provocative actions by the regular military forces of a nation, current technology and the modern information space allows to quickly identify regular forces of a nation that are participating in any given military activity. Even special forces do not ensure complete anonymity. Therefore, only separation – even if it is merely formal – can make it possible to deny arguments of one or the other country being engaged in military conflicts, unrests and similar processes. Consequently, Russia’s current private mercenary armies are in essence executing the same tasks that were previously given to special forces, and it would be silly to believe that neither the Kremlin nor the General Staff know nothing of this.

In reality, Russia’s mercenary armies do the “dirty” work abroad in the interests of the Kremlin. Previously these were special forces troops, often posing as military advisors, that engaged in these activities. What can we learn from all this? One thing – there is no reason to believe that Russia is any different from the USSR. The latter no longer exists, but its modus operandi is still being held in high regard in Russia. There is no doubt that Russia’s mercenary armies are carrying out the Kremlin’s policies and operate with its support. Otherwise, these establishments would not be able to legally exist, and it would be unprecedented naivety if law enforcement institutions would be unaware that there are organizations within Russia that engage in criminal activities and are armed with weapons available only to the army.