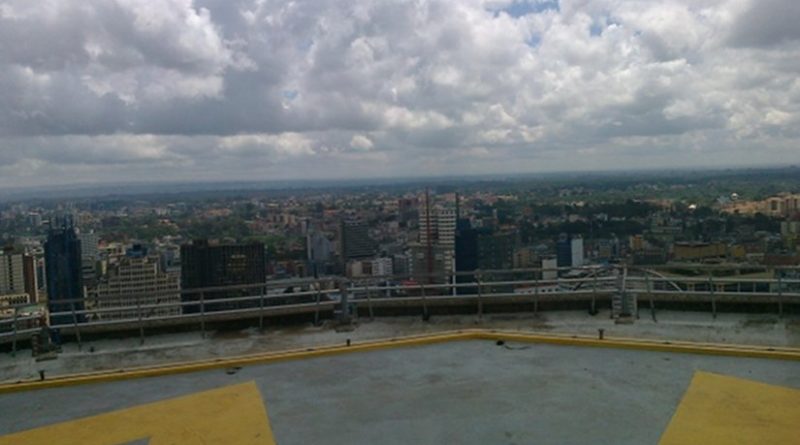 Global experience in the last century demonstrated that it is possible for societies to move rapidly from poverty to prosperity. The past decade has seen growing hope that Africa may be on the cusp of emulating these experiences.

Its recent strides notwithstanding, nothing will substitute for a robust, energetic domestic business community. Whether Africa will be able to do so depends greatly on the choices it makes to harness opportunities to power its economic progress.

The African Peer Review Mechanism (APRM) has rightly attracted attention for its analyses of the continent’s governance and political climate. The rich vein of evidence the APRM has unearthed on Africa’s unfolding economic fortunes – particularly at the micro-economic level – has been far less recognised.

SAIIA’s recent research report Getting Down to Business, presents a groundbreaking analysis of what the APRM has revealed through its inquiries into corporate governance in Africa. Focussing on the Country Review Reports of the six states of the Southern African Development Community that have completed the APRM process – Lesotho, Mauritius, Mozambique, South Africa, Tanzania and Zambia – it teases out the dominant themes facing the region’s business community.

Outside a number of enclaves – such as South Africa, Nigeria and Kenya – the continent’s business community is small and underdeveloped. Companies in the private sector tend to be very small and frequently informally established and owner-managed. It is to a large extent a community of survival rather than ambition; people making a living rather than exploring opportunities for generating wealth.

Africa’s first choice is whether it wants a business community. Historically, this has not been a given. For ideological and opportunistic reasons, indigenous entrepreneurship was often distrusted in both the colonial and post-colonial periods, and consequently suppressed through exorbitant taxes, regulatory burdens and outright expropriation.

Encouraging domestic entrepreneurship, and attracting it from abroad, are now stated policy goals across Africa. This is particularly positive when seen along with the widespread enthusiasm for entrepreneurship that the Global Entrepreneurship Monitor has identified – Africa wants to go into business.

Its second choice is whether it is prepared to smooth the way for business. Africa’s economies are difficult environments. This is the case even in economies that have proven highly attractive to investors, such as Mozambique. Heavy, multi-layered regulatory burdens enforced by inefficient bureaucracies, poorly educated workforces and frayed infrastructure force additional expenditures and time commitments on businesses. The weight of these falls most heavily on the continent’s small and emerging companies.

Regulatory reform is critically important, but complicated. Many African countries recognise the need to update or refocus archaic legislation, but struggle with weak policymaking capacity. The result may be bad policy.

Likewise, attractive policy may founder on hard realities, should the compliance demands in business prove unaffordable or un-implementable. The APRM report on Tanzania, for example, decries inadequate wages in one breath, but in another cautions that wages must reflect productivity and affordability, and the long-term sustainability of the businesses paying them.

Reform also collides with entrenched interests, both in the public and private sectors. Underpaid indifferently trained civil servants benefit from demanding payments for required business certifications – or accepting bribes from businesses to deny them to their competitors. Reform, in other words, takes considerable political will.

The third choice concerns the level at which government pitches its demands on business. Business is often seen by the continent’s leadership in terms of the contribution it can make to development. Those governments would want to encourage business to undertake ‘corporate social investments’ (CSI) is understandable. The APRM reports note, though, that particularly in the less developed economies, this is carried out in an unsystematic and ad hoc fashion.

Globally, businesses face increasing demands for dedicated social contributions. These will need to be carefully calibrated, taking into account the limited capacity of businesses to fulfill them. To make a sustainable contribution to social wellbeing, business must first be economically robust. Thus, while Mauritius has made CSI mandatory, this is only possible because it is underwritten by a strong and mature business community. To extend business’ obligations without recognising its limitations will retard rather than advance Africa’s development.

The fourth choice is one for business to make. Africa’s economic progress is proceeding in tandem with significant political openings, however halting and uneven both may be. As African business – and businesses in Africa – grows, they will face not only mounting demands for CSI, but growing scrutiny of their operations. Their ethical performance will be of no less importance than their financial performance. Moreover, demonstrating their reliability as partners and debtors will become an ever more central strategic issue.

To do this, African business will need to ensure a high standard of corporate governance. South Africa, the continent’s most advanced economy, has been a world leader in this field, with its influential King Committee proposing an approach based on principles rather than rigid, legislated enforcement – an approach that allows even the humblest companies to begin to integrate corporate governance considerations into their operations. Business itself must lead the way in encouraging this.

Finally, all of this depends on a societal choice to maintain an open, respectful relationship between all participants in Africa’s economies. Only in this way can Africa’s economic stakeholders expect to identify and prioritise their common interests and negotiate in good faith the tough and divisive decisions that must inevitably be made.