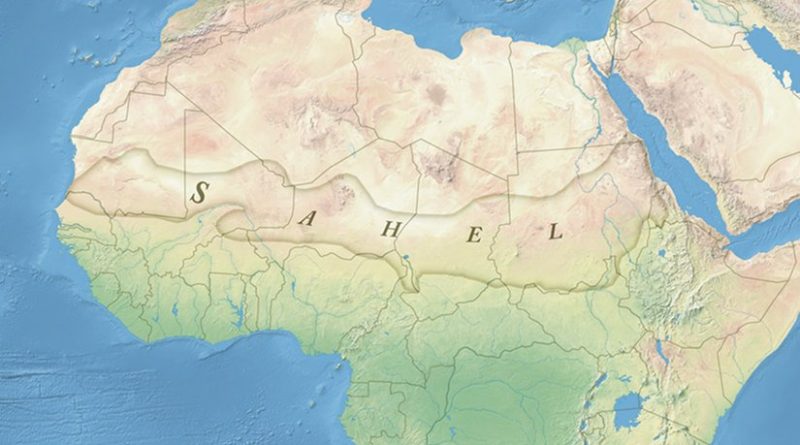 When political uprisings began to seriously affect authoritarian regimes in North African countries such as Tunisia and Libya from January 2011, al-Qaeda in the Islamic Maghreb (AQIM) –the main source of terrorist threats in the area– was in an ambivalent situation. On the one hand, the ambition of creating a truly regional Jihadist organisation, which was behind the agreement reached in the summer of 2006 by AQIM’s predecessor, the Algerian-based Salafist Group for Preaching and Combat (SGPC), and the al-Qaeda central, was only partially fulfilled. Much like the SGPC, between 2007 and 2010 AQIM remained an entity with a largely Algerian leadership, membership, scenario and agenda. Even within Algeria, counterterrorist action confined AQIM’s activities to certain enclaves and reduced its overall operational capabilities, forcing it to relocate members overseas and to seek sanctuary in the rough desert area of north-eastern Mali.

On the other hand, AQIM had maintained a sizable number of active militants –between 600 and 900 in 2010– and accumulated a vast amount of financial resources, the latter mainly derived from ransom payments for the liberation of Western citizens kidnapped in various countries in the region, but also from AQIM’s involvement in illegal trafficking across the Sahel and even from extortion inside Algeria. These developments mistakenly led some experts and commentators to emphasise the idea that AQIM was mutating into a traditional criminal organisation of a transnational character. However, such predatory activities, combined with propaganda efforts through its own media production apparatus, namely Al Andalus, allowed the organisation to survive and make itself ready to follow the advice it received on 5 July 2007 –months after it was created– from Ayman al Zawahiri, then al-Qaeda Central’s second in command: ‘seize opportunities as they appear’.

And the opportunity for AQIM presented itself early in 2012, arising from the chance combination of three factors: (1) the disintegration of the Libyan state after Coronel Gaddafi was ousted amidst a civil war; (2) the subsequent strategy adopted in Mali by Tuareg separatists of the Azawald National Liberation Movement (ANLM); and (3) the coup d’Etat staged by dissatisfied members of the Malian armed forces, which further deteriorated an already very weak government authority in the impoverished country’s north. The opportunity thereby opened up for AQIM to move from having just a recondite sanctuary in north-eastern Mali to lead likeminded groups –specifically Ansar al Din and the Movement for Unicity and Jihad in Western Africa (MUJWA), an AQIM splinter group which in practice behaves as its subordinate– in an insurgency aimed at controlling the whole of northern Mali and establishing a Jihadist condominium there.

As early as March 2012, AQIM’s directorate was crystal clear about the organisation’s goals with respect to northern Mali. First, to build an Islamic state, ruled in accordance with a rigorous salafist interpretation of the Sharia, far from the common understanding of religion among the area’s inhabitants. Accordingly, a territorial and functional division of tasks was adopted between AQIM, Ansar al Din and the MUJWA. In this respect, AQIM called on its partners to avoid unnecessary clashes with the local people and to adopt a progressive, soft approach to applying the Sharia. But AQIM, which claimed from the very beginning to retain its exclusive role as the nexus with Jihadist players outside the region, fervently wished to fulfil its instructions from Osama bin Laden before he was killed and to create a wider base in North Africa from which to engage in its global Jihad against enemies targets near and far, in the region and beyond.

The Jihadist condominium of northern Mali began to be established in the Spring of 2012 but in early 2013 the French military intervened at the request of Bamako’s interim executive. Given AQIM’s numbers, including its decentralised Sahel units and the two jihadist entities it was able to lead, it can hardly be concluded that its control over a million and a half people in northern Mali, for nearly a year, was solely based on coercion. This should be borne in mind when thinking about the future: a certain degree of consent must have been involved, based on selective alliances with tribes and the provision of selected incentives, perhaps also on the previous proselytising of salafist preachers and related religious missionaries. Furthermore, there were Malian officials in the area who collaborated with the Jihadist insurgents, in most cases for purely economic reasons, which has to be understood in terms of the socioeconomic context.

The French military intervention, with the contribution of Chadian and Malian forces, has disrupted the northern Malian Jihadist condominium for the time being. But this does not mean that AQIM has been defeated or even critically damaged. Some of its members have taken refuge in their previous sanctuary in the country’s north-east. Others have moved to southern Libya, Sudan or Mauritania and other countries neighbouring the Western Sahara. But AQIM’s militants and cells remain in northern Mali, particularly though not exclusively in the domain of Kidal. AQIM, like Ansar al-Din and MUJWA, has thus opted for a tactical withdrawal and occasional retaliatory strikes. But its leaders will be waiting for a new favourable opportunity to retake control over the disputed territory once the French presence is scaled down. Chadian soldiers are already leaving, unable to deal with the kind of Jihadist insurgency they are facing, while the abuses committed by the Malian military are no help in gaining popular support.

However, the generalised armed confrontation in Syria is now a more attractive destination than northern Mali for Jihadists from North Africa or of North African origin residing in Western Europe. Meanwhile, AQIM continues to coordinate with its Sahel partners and to reach out to Jihadist activists in other countries, from the Maghreb to the Gulf of Guinea. It should reasonably be expected that their leaders will be aiming to plan and prepare a major –or spectacular– attack beyond the northern rim of the Mediterranean, although the actual organisational capabilities for such a purpose there might not be up to their expectations. Primary targets would, in any case, be French citizens and interests. Nevertheless, France has not been the only Western European country to have been aggressively targeted in AQMI’s propaganda. Nor is it the only country in which, as in the recent past, AQIM’s cross-border individuals and cells currently seem to be moving about.

This article was published by Elcano Royal Institute and may be accessed here.