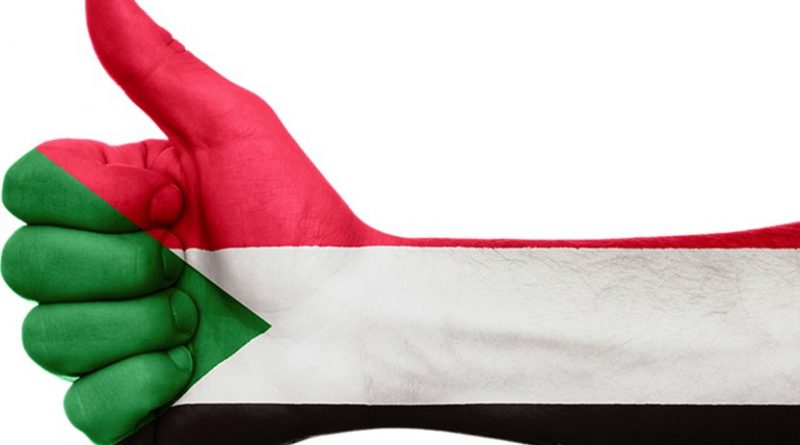 Back in June 1989 a Colonel Omar al-Bashir led a bloodless military coup in Sudan. Once he had ousted the previous regime, it was not long before he assumed full executive and legislative powers, declared himself President and established a dictatorship. He held sway in Sudan for a full 30 years with an iron grip.

He who lives by the sword dies by the sword. Bashir’s 30-year rule came to an end on 4 April 2019, when widespread popular uprisings precipitated a coup by the military which ousted him. The Forces for Freedom and Change (FFC), the umbrella group representing those agitating for complete change in Sudan, are determined that this uprising will not be hijacked by another military junta.

Currently the military group that engineered the coup rules through a Transitional Military Council (TMC). Sensitive to the popular mood, the TMC have agreed to hand over power to civilian rule, but the two sides are by no means in one mind about the details. Still to be settled is the composition of the “presidential council” that will temporarily replace the head of state, and also how and when an interim parliament and government will be established.

The African Union (AU) has been acting as honest broker. It is well-placed to do so. Founded in 1999, its membership consists of 55 nations located on the African continent. After a meeting on 6 May 2019 between UN Secretary-General Antonio Guterres and Moussa Faki Mahamat, representing the AU, a joint UN-AU communique welcomed “AU-led efforts to facilitate a consensual and civilian-led transition, in close coordination with the UN”.

The AU initially gave the military coup leaders 15 days to hand over power, but extended the deadline to 60 days. It strongly supports the concept of a civilian-led transitional government as the next step for Sudan.

When Bashir seized power in 1989, Sudan – then Africa’s largest country – was in the midst of a 21-year civil war between north and south. Eventually Bashir acknowledged that secession by the south was the only way forward. Following a referendum, South Sudan split from the north and became independent in July 2011. It was the culmination of more than a century of armed struggle by southern Sudanese activists.

Demography lay behind the conflict. Most inhabitants in the north are Arab by descent, and Muslim by religion. The south is home to most of the 570-plus Sudanese tribes, very few of whom are either Arab or Muslim. A fair proportion were converted to Christianity by western missionaries.

Towards the end of the nineteenth century Sudan became the focus of interest by Western European colonial powers. The Blue and White Niles converge just outside Khartoum, Sudan’s major city, and Britain, France and Belgium laid claims to it. Britain had plans for an irrigation dam at Aswan, in Egypt, and needed control of the Nile’s headwaters. In line with the gung-ho philosophy of the time, the British government authorized Brigadier Horatio Herbert Kitchener to conduct military campaigns against the unstable Sudanese regime, nominally in support of the Egyptian government which had previously held power. Kitchener’s campaigns culminated in a decisive victory in the battle of Omdurman in September 1898 – and as a result he was created an Earl, and took the title Lord Kitchener of Khartoum.

Sudan was subsequently administered by Egypt, under Britain’s watchful eye, in an arrangement known as the Condominium Agreement. It lasted from 1899 to 1955, but tensions were present from the start between the northern part of the country and the south, which soon began demanding autonomy if not outright independence. Fifty years of continuous civil conflict ensued, only brought to an end with the signing of a peace agreement in January 2005. Subsequent negotiations led eventually to southern Sudan splitting from the rest of the country in 2011 and achieving independence.

But as Bashir was signing the 2005 peace agreement with the south, another conflict was breaking out in the western region of Darfur. Claiming government discrimination against the region and its non-Arab population, rebels took up arms. The brutal measures employed by Bashir to suppress this led to his being accused by the International Criminal Court (ICC) of genocide, war crimes and crimes against humanity.

Despite an international arrest warrant issued by the ICC, Bashir organized, and unsurprisingly won, consecutive elections in 2010 and 2015. And so far he has avoided arrest, even when he ventured outside Sudan. For example in 2017 he visited Jordan for an Arab League summit. On 6 May 2019 the ICC ruled that Jordan failed to meet its international legal obligations to arrest Bashir during that visit. The ICC appeals chamber said that a sitting head of state does not have immunity from arrest for alleged grave crimes, even when the leader is from a country that has not joined the ICC.

Media reports claim that he is being held in Kober prison in Khartoum, Sudan’s capital. The transitional military council that assumed control in the country has said they would not hand Bashir over to face justice at the ICC, but could try him in Sudan or a forthcoming civilian government could do so. Meanwhile not only is Bashir wanted by the ICC, but Sudan’s public prosecutor has ruled that he is to be interrogated on charges of financing terrorism and money laundering.

Bashir’s fate has become one element in the negotiations aimed at settling the civil conflict and returning the country to civilian rule.