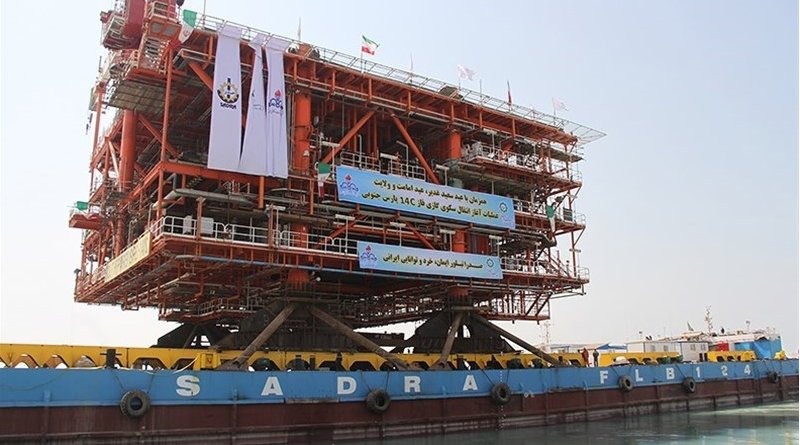 The third platform of Phase 14 of Iran’s South Pars gas field, which has been built by domestic experts, was launched in the Persian Gulf waters on Tuesday.

Weighing 2,400 tons, the gigantic structure was loaded on a barge in the southern port city of Bandar Abbas.

The platform will be installed on its designated offshore spot in South Pars gas field in the southern province of Bushehr.

After sailing about 550 kilometers from Bandar Abbas to Bushehr, the platform is slated to be installed on Phase 14 of the South Pars.

In April 2017, Iranian President Hassan Rouhani inaugurated phases 17, 18, 19, 20 and 21 of the South Pars gas field, whose development has been divided into 28 phases.

It is estimated that the Iranian section of the field contains 14 trillion cubic meters of gas and 18 billion barrels of condensates in place.