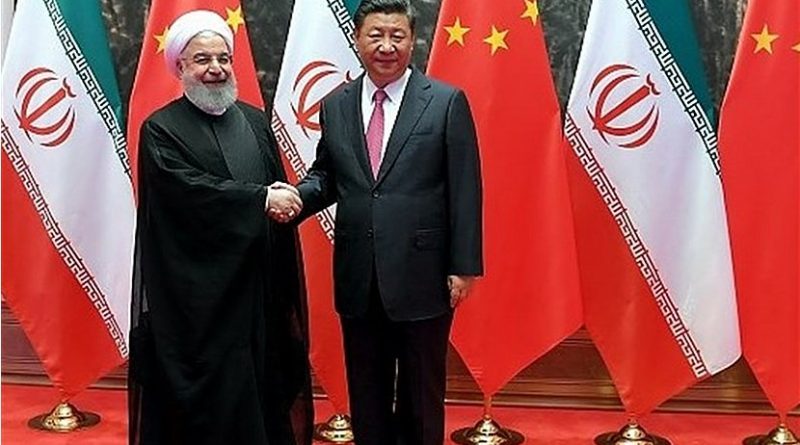 China is manoeuvring to avoid being sucked into the Middle East’s numerous disputes amid mounting debate in Beijing on whether the People’s Republic will be able to remain aloof yet ensure the safety and security of its mushrooming interests and sizeable Diaspora community.

China’s challenge is starkest in the Gulf. It was compounded when US President Donald J. Trump effectively put China on the spot by implicitly opening the door to China sharing the burden of guaranteeing the security of the free flow of energy from the region.

It’s a challenge that has sparked debate in Beijing amid fears that US efforts to isolate Iran internationally and cripple it economically could lead to the collapse of the 2015 international agreement that curbed Iran’s nuclear program, accelerate Iran’s gradual breaching of the agreement in way that would significantly increase its ability to build a nuclear weapon, and potentially spark an unwanted military confrontation.

All of which are nightmare scenarios for China. However, Chinese efforts so far to reduce its exposure to risk are at best temporary band aid solutions. They do little to address the underlying dilemma: it is only a matter of time before China will have no choice but to engage politically and militarily at the risk of surrendering its ability to remain neutral in regional conflicts.

Israeli intelligence reportedly predicted last year that Iran’s gradual withdrawal from an agreement that Mr. Trump abandoned in May 2018 would ultimately take Iran to a point where it could create a nuclear military facility within a matter of months. That in turn could provoke a regional nuclear arms race and/or a pre-emptive military strike.

That is precisely the assessment that Iran hopes will persuade China alongside Russia and the European Union to put their money where their mouth is in countering US sanctions and make it worth Iran’s while to remain committed to the nuclear accord.

The problem is that controversy over the agreement is only one of multiple regional problems. Those problems require a far more comprehensive approach for which China is currently ill-equipped even if it is gradually abandoning its belief that economics alone offers solutions as well as its principle of no foreign military bases.

China’s effort to reduce its exposure to the Gulf’s energy supply risks by increasing imports from Russia and Central Asia doesn’t eliminate the risk. The Gulf will for the foreseeable future remain a major energy supplier to China, the region’s foremost trading partner and foreign investor.

Even so, China is expected to next month take its first delivery of Russian gas delivered through a new pipeline, part of a US$50 billion gas field development and pipeline construction project dubbed Power of Siberia.

The Russian pipeline kicks in as China drastically cuts back on its import of Iranian liquified petroleum gas (LPG) because of the US sanctions and is seeking to diversify its supply as a result of Chinese tariffs on US LPG imports imposed as part of the two countries’ trade war.

China is likely hoping that United Arab Emirates efforts to stimulate regional talks with Iran and signs that Saudi Arabia is softening its hard-line rejection of an unconditional negotiation with the Islamic republic will either help it significantly delay engagement or create an environment in which the risk of being sucked into the Saudi-Iranian rivalry is substantially reduced.

Following months of quietly reaching out to Iran, UAE minister of state for foreign affairs Anwar Gargash told a recent security dialogue in Abu Dhabi that there was “room for collective diplomacy to succeed.”

Mr. Gargash went on to say that “for such a process to work, it is essential that the international community is on the same page, especially the US and the EU, as well as the Arab Gulf states.” Pointedly, Mr. Gargash did not put Russia and China on par with Western powers in that process.

The UAE official said the UAE envisions a regional order undergirded by “strong regional multilateralism” that would provide security for all.

Presumably aware that Gulf states were unlikely to engage with Iran without involvement of external powers, Iran appeared to keep its options open by also endorsing the Russian proposal.

The various manoeuvres to reduce tension and break the stalemate in the Gulf put Mr. Trump’s little noticed assertion in June that energy buyers should protect their own ships rather than rely on US protection in a perspective that goes beyond the president’s repeated rant that US allies were taking advantage of the United States and failing to shoulder their share of the burden.

Potentially, Mr. Trump opened the door to an arrangement in which the United States would share with others the responsibility for ensuring the region’s free flow of energy even if he has given no indication of what that would mean in practice beyond demanding that the United States be paid for its services.

China has not rejected Mr. Trump’s position out of hand. Beyond hinting that China could escort Chinese-flagged commercial vessels in the Gulf, Chinese officials have said that they would consider joining a US-backed maritime security framework in the region that would create a security umbrella for national navy vessels to accompany ships flying their flag.

Chinese participation would lay the groundwork for a more comprehensive regional security arrangement in the longer term.

China’s maritime strategy, involving the development of a blue water navy, suggests that China already de facto envisions a greater role at some point in the future.

Scholars Julia Gurol and Parisa Shahmohammadi noted in a recent study that China has already “decided to take security concerns in the (Indian Ocean) into its own hands, instead of relying on the USA and its allies, who have long served as the main security providers in this maritime region… If tensions continue to escalate in the Persian Gulf, Beijing may find it has no other choice but to provide a security presence in the Middle East.”