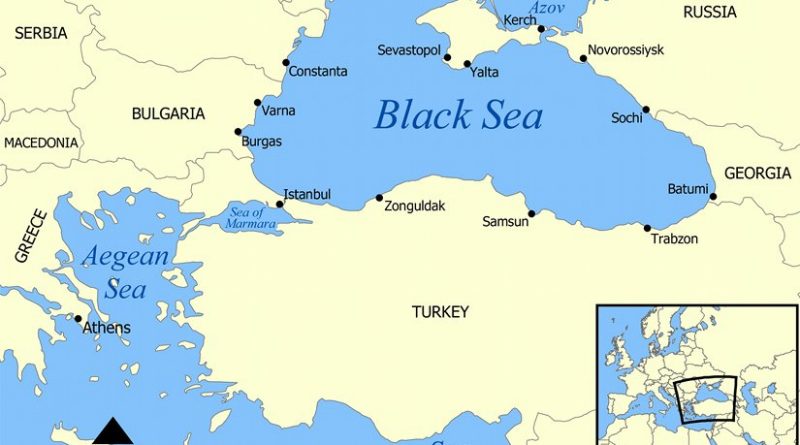 Since the Ukraine crisis of 2014 the security situation in the Black Sea region has significantly deteriorated. The annexation of Crimea by Russia as well as the latter’s military moves around the Kerch Strait and in the Azov Sea destabilized the shaky status quo which had been in place since the end of the Cold War.

To back up the current state of affairs in the Black Sea, many an analysis as well as entire books dedicated to the Ukraine crisis mention various Russian-Turkish wars of 18th-19th centuries, underlying the notion that the Black Sea has always been a space of competition and intermittent confrontation among several powers.

Wars indeed were waged and at least two powers were always competing with each other for influence across the sea. This narrative, however, portrays the Black Sea as a sea of insecurity. In reality, though, seen from a centuries-wide perspective, wars between Russia and Turkey in the Black Sea lasted for a small fraction of time in comparison with the periods of peace in the 18th-19th centuries.

Moreover, the Black Sea, though always surrounded by rival powers, was nevertheless a space of economic exchange. Trade flourished, which contributed to close contacts between coastal states. Take, for example, the period of Greek colonization in the 8th c. BC. Colonies in what is nowadays western Georgia and in the Crimean Peninsula enabled the exchange of goods in the region. During the Roman and Byzantine periods (up to the 7th-8th cc. AD, the coastline of modern western Georgia was closely integrated with great cities in Asia Minor and Crimea.

Under the unified Georgian monarchy (late 10th-15th cc.), despite patchy information in historical sources, there was a wide range of economic activity which connected western Georgia to Byzantium, Crimea and later to the Ottoman Empire. Moreover, this period saw such a large economic interconnection that Georgian traders even visited Constantinople, Thessaloniki and from the late 13th c. onwards, were in close contact with Italian merchants who operated ships and had colonies in Crimea and in Georgian cities – Sokhumi, Poti and Batumi.

Even the period of great empires from the early 18th c. around the Black Sea cannot be considered solely as a time of continuous confrontation. In fact, the Black Sea served as a good merging point for connecting different economic systems represented by Russia and the Muslim world (namely the Ottoman Empire). By the early 20th century, just before the outbreak of World War I, there was much economic activity seeing Russia sending most of its coal and grain through the Bosporus and Dardanelles to different parts of the world. Georgia, too, was connected to the rest of the world by the early 20th century when Batumi operated as a main conduit.

Surprisingly the Soviet period too can be characterized as a period of economic cooperation. Ukraine, Georgia and Russia’s ports transported oil, coal and other natural resources through the straits to the Mediterranean.

Thus, despite the wars we know in history, there have been even longer periods of much deeper economic cooperation which the countries (or empires) around the Black Sea have enjoyed over several centuries.

Back to the current deterioration of the security situation in the Black Sea, it could potentially diminish overall economic activity as the flow of foreign investment may be curbed or diverted elsewhere. In a way, the geopolitical situation in the Black Sea today is more chaotic and unpredictable than it was in the 19th century. A certain order was still in place when the Russian and Ottoman Empires fought each other, whereas in 2019 there is much unpredictability in Russian and NATO behavior. Nevertheless, it is still possible to say that economic cooperation among the countries living around the Black Sea will continue. The sea will again play a role not of a divisive, but rather a unifying character.

One thought on “The Black Sea Of Economic Cooperation – OpEd”