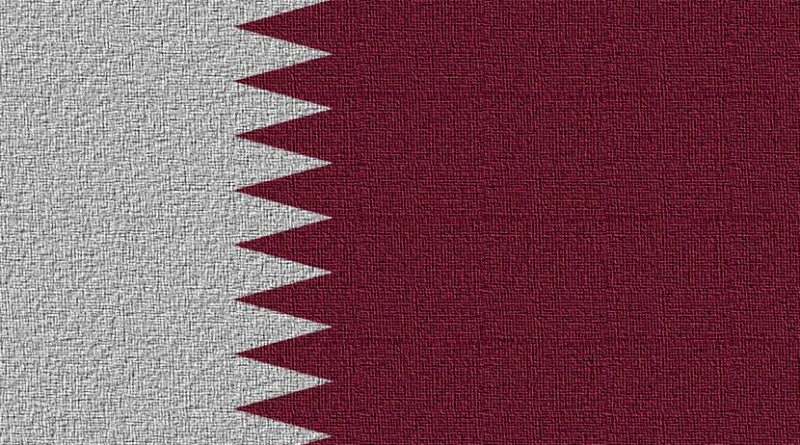 (EIA) — Qatar is a member of the Organization of the Oil Exporting Countries (OPEC) and is a significant oil producer. The Qatari government has devoted more resources recently to the development of natural gas, particularly for export as liquefied natural gas (LNG).

Though only producing LNG since 1997, Qatar is now the world’s largest supplier of LNG. Qatar is also a member and host country for the Gas Exporting Countries Forum (GECF), an organization formed in 2001 to promote the interest of the world’s major gas producers.

In 2010, preliminary estimates from Qatar National Bank indicate that the oil and gas sectors accounted for over half of Qatar’s 2010 GDP. Qatar is wholly dependent on oil and natural gas for all of its primary energy consumption. Although the transportation sector continues to contribute significantly to growth in oil demand, all electricity capacity in Qatar is gas-fired. Qatar’s total primary energy consumption in 2008 surpassed one quadrillion Btu for the first time, having almost doubled since 2001. This rapid growth was driven by the similarly rapid growth of its economy. In fact, Qatar’s energy intensity (total consumption per dollar of GDP) increased by less than five percent over that same period.

According to Oil & Gas Journal, as of January 1, 2011, Qatar has 25.4 billion barrels of proven oil reserves. Qatar was the sixteenth largest crude oil exporter in the world in 2009, and of the 12 Organization for Petroleum Exporting Countries (OPEC) members, ranked eleventh in crude oil exports. The onshore Dukhan field, located along the west coast of the peninsula, is the country’s oldest producing oil field, though it has been surpassed in production volumes by the offshore Al-Shaheen field, which averaged about 300,000 bbl/d in 2009.

Though Qatar’s petroleum production has grown steadily since 2002, Qatar’s fields are maturing, and output at Dukhan – formerly the largest producing field – is in decline. To offset anticipated declines, enhanced oil recovery (EOR) techniques are being considered for several fields including Al-Shaheen, Dukhan, Bul Hanine, and Maydan Marjam. Danish company Maersk’s offshore field Al-Shaheen is an important source for future production growth. Though it averaged just under 300,000 bbl/d of production in 2009, Maersk completed an expansion project in 2010 that increased its production capacity to 525,000 bbl/d.

In 2009, Qatar consumed approximately 147,000 bbl/d of petroleum. Although still relatively small compared to total production levels, consumption has more than tripled since 2000. FACTS Global Energy forecasts Qatar’s oil product consumption to grow by at an average annual rate of about five percent between 2010 and 2015. Qatar’s increased petroleum consumption rates are due to its rapidly growing economy, particularly the associated growth of transportation sector demand.

According to Oil and Gas Journal, as of January 1, 2011, Qatar has 338,700 bbl/d of refining capacity. There are currently two refineries in Qatar, located in the major port cities of Umm Said and Ras Laffan. The 138,700 bbl/dRas Laffan condensate refinery began operations in late September 2009. Operated by Qatargas (a QP subsidiary; see Natural Gas section for more information), the Laffan refinery is controlled by a consortium of investors: QP (51 percent), ExxonMobil (10 percent), and Total (10 percent), and Japanese companies Idemitsu (10 percent), Cosmo (10 percent) Mitsui (4.5 percent) and Marubeni (4.5 percent). The refinery will have the capacity to produce about 60,000 bbl/d of naphtha, 50,000 bbl/d of jet fuel, 25,000 bbl/d of gasoil, and 10,000 bbl/d of LPG. Plans call for a doubling of Ras Laffan’s refining capacity by 2015, primarily to refine a greater portion of the North Field’s rapidly growing production of condensate. Although QP was considering an additional 250,000 bbl/d refinery to process the heavier Al-Shaheen crude, the project has been put on hold.

To an even greater extent than in the oil sector, Qatar Petroleum (QP) plays a dominant role in Qatar’s natural gas sector, leading upstream and downstream projects. Qatar’s focus on natural gas development tends to be integrated large-scale projects linked to LNG exports or downstream industries that utilize natural gas as a feedstock. Therefore, foreign company involvement has favored international oil companies with the technology and expertise in integrated mega-projects, including ExxonMobil, Shell, and Total. However, QP has maintained a majority share in most of its gas projects – in particular, the dominant companies in Qatar’s LNG sector: Qatargas Operating Company Limited (Qatargas) and Ras Laffan Company Limited (RasGas). The LNG companies handle all upstream to downstream natural gas transportation themselves, while the Qatar Gas Transport Company (known as “Nakilat”, which means “carriers” in Arabic) is responsible for shipping Qatari LNG.

The North Field is key to Qatar’s natural gas development and production plans, as the site of nearly all of the country’s natural gas reserves. In 2005, Qatari government officials placed a moratorium on additional natural gas development projects at the North Field to allow time to study field development optimization. The moratorium did not affect exploration and production projects already approved or underway, allowing Qatar to continue its growth in natural gas production. Although the moratorium had been scheduled for review in 2014, the Energy Ministry indicated in late 2010 that it does not plan to lift the moratorium at this time. The Barzan gas project, which will produce about an additional 600 Bcf per year, was the last North field project to be approved prior to the moratorium. The project will be a 90-10 joint venture between QP and ExxonMobil, and is expected to come online between 2014 and 2015.

During 2009, Qatar exported over 2,400 Bcf of natural gas, of which about 70 percent was liquefied natural gas (LNG). Qatar currently exports about 2 Bcf/d of natural gas to the UAE and Oman through the Dolphin pipeline.

Qatar is the world’s leading LNG exporter. In 2009, Qatar exported nearly 1,800 Bcf of LNG. Japan, South Korea, and India were the primary destinations for Qatar’s LNG exports, accounting for about 57 percent in 2009. European markets including Belgium, the United Kingdom and Spain were also significant buyers of Qatari LNG, accounting for an additional 33 percent.

Although Qatar began exporting LNG only in 1997, heavy government emphasis on this sector – both in terms of making investments and attracting foreign investors – contributed to the rapid development of Qatar’s LNG capacity. Qatar’s LNG sector is dominated by Qatargas Operating Company Limited (Qatargas), which operates four major LNG ventures (Qatargas I-IV) and Ras Laffan Company Limited (RasGas), which operate three major LNG ventures (RasGas I-III). RasGas is 70 percent-owned by QP and 30 percent-owned by ExxonMobil, while the Qatargas consortium includes QP, Total, ExxonMobil, Mitsui, Marubeni, ConocoPhillips, and Shell. Each venture has an individual ownership structure, though QP owns at least 65 percent of all the above ventures.

In March of 2011, Qatar will complete its monumental cycle of LNG infrastructure expansion with the inauguration Qatargas IV, Train 7 (80 Bcf/y (7.8 MMt)), which will bring the total capacity to 3,750 Bcf/y (77MMt/y). Qatari government officials have noted that they do not anticipate building any more LNG facilities in the near-term future, and that any additional capacity increases will be the result of improvements in the existing facilities. Although the most recent train additions were originally intended with U.S. markets as the primary target, low U.S. gas prices due to the shale gas boom have caused Qatar to pursue contract options with countries – particularly China and India. In the first ten months of 2010, the United States had imported only 33 Bcf of LNG from Qatar.

Qatar is the supplier for the Dolphin Project, which connects the natural gas networks of Qatar, the United Arab Emirates, and Oman with the first cross-border natural gas pipeline in the Gulf Arab region. The pipeline currently exports 2 Bcf/d from Qatar, though it has a design capacity of 3.2 Bcf/d. Dolphin Energy has been trying to secure additional Qatari gas to meet the rapidly growing demand for gas in the UAE, however, increased supplies from Qatar are uncertain.

Gas-to-liquids (GTL) technology uses a refining process to turn natural gas into liquid fuels such as low-sulfur diesel and naphtha, among other products. Qatar is one of only three countries – South Africa, Malaysia, and Qatar – to have operational GTL facilities. Qatar’s Oryx GTL plant (QP 51 percent, Sasol-Chevron GTL 49 percent) came online in 2007, but due to initial problems, was not fully operational until early 2009. At full capacity, the Oryx project uses about 330 MMcf/d of natural gas feedstock from the Al Khaleej field to produce 30,000 bbl/d of GTL.

The Pearl GTL project (QP 51 percent, Shell 49 percent) is expected to use 1.6 Bcf/d of natural gas feedstock to produce 140,000 bbl/d of GTL products as well as 120,000 bbl/d of associated condensate and LPG. Shell announced that the plant’s initial phase would begin operations in the first quarter of 2011, and that the second phase would come online in the first half of 2012. In addition to being the largest GTL plant in the world, the Pearl project will also be the first integrated GTL operation, meaning it will have upstream natural gas production integrated with the onshore conversion plant.